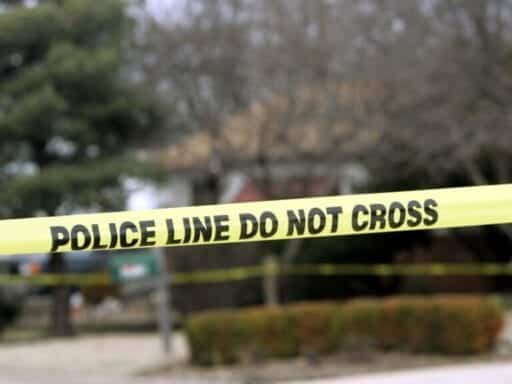 The limousine crash in Schoharie, New York, is the deadliest transportation accident in the US since a plane crash in 2009.

A limousine crash in New York state killed 20 people over the weekend, making it the deadliest transportation accident in the US in nine years.

According to the Associated Press, a 2001 Ford Excursion limousine drove through a stop sign in Schoharie, New York, and hit a parked, unoccupied car at the Apple Barrel Country Store. All 18 people in the limo died, along with two pedestrians.

“All the car parts, door panels covered in blood still on the ground and everything. It was bad,” local resident Bill Waterson told NPR. “I’m 68-years-old, I’ve never seen so much destruction.”

The limo was part of a celebration for Amy Steenburg’s upcoming 30th birthday. She was in the car with more than a dozen friends and relatives. “Four sisters, two brothers and at least three young couples were among the dead,” according to the New York Times.

The crash is the deadliest transportation accident since 2009, when the Colgan Air Flight 3407 crash in Buffalo, New York, killed 50 people. “This is one of the biggest losses of life that we’ve seen in a long, long time,” National Transportation Safety Board chair Robert Sumwalt said of the limo crash.

Local, state, and federal authorities are investigating Saturday’s crash. Among other factors, the investigation will look into the safety of the intersection where the crash took place — which Schoharie Town Supervisor Alan Tavenner noted is, notoriously, “very dangerous.”

The investigation will also likely look into the the limo itself, the driver’s state, and how fast the vehicle was going. Jesse McKinley, Luis Ferré-Sadurní, and Patrick McGeehan reported for the Times that the limo company, Prestige Limousine, “had repeatedly failed motor vehicle inspections, according to federal transportation records. And one victim expressed worries about the limousine’s safety in a text sent shortly before the crash, relatives and friends said.”

Over the past several decades, the US has made great strides in reducing car crash deaths — reducing the death toll attributed to such accidents. But the rate of deaths has crept up in recent years, suggesting that there’s still more work to be done in preventing deadly car crashes like the weekend’s.

Traffic crash deaths are generally down in the past few decades, from 3.35 per 100 million vehicle miles traveled in 1975 to 1.18 in 2016, according to the National Highway Traffic Safety Administration (NHTSA).

But 2016’s recorded rate of traffic crash deaths was the highest since 2008. And the rate of death has remained relatively flat in the past decade — showing a lack of progress.

We don’t have NHTSA data for 2017 yet. But a National Safety Council report indicated that motor vehicle deaths remained above 40,000 total for the second year in a row in 2017. (The NHTSA only counts deaths on public roads, while the National Safety Council includes deaths in parking lots, driveways, and private roads, according to USA Today.)

Car crash deaths fell in the US over the past few decades as part of a concerted public safety campaign. That led to not just airbag and seatbelt requirements but also other changes to cars like the adoption of collapsible steering columns, new designs for roads to make them safer, efforts against drunk driving, broader education about driving safety, and much more.

The resulting reduction in car crash deaths is “one of the big success stories” of the injury prevention world, David Hemenway, director of the Harvard Injury Control Research Center, told me, explaining that a plethora of changes worked together to bring down the number of deaths.

But the death toll hasn’t dropped significantly in a decade — in part due to the improving economy allowing more people to drive, but also because there’s been little new action in improving road safety. Noting the 2017 death estimate, National Safety Council President Deborah Hersman said, “This is a stark reminder that our complacency is killing us. The only acceptable number is zero; we need to mobilize a full court press to improve roadway safety.”

One hope is self-driving cars will eventually help reduce the death toll, since robots may be less susceptible to accidents than humans. But the technology’s widespread adoption is potentially decades away. In the meantime, Nathan Bomey reported for USA Today, “safety advocates hope for simple improvements, such as more collision warning systems and additional education of drivers about the dangers of cellphone use while behind the wheel.”

We don’t know whether these kinds of changes would have prevented the New York limo crash. But without more action, the US is more likely to see crashes like it.