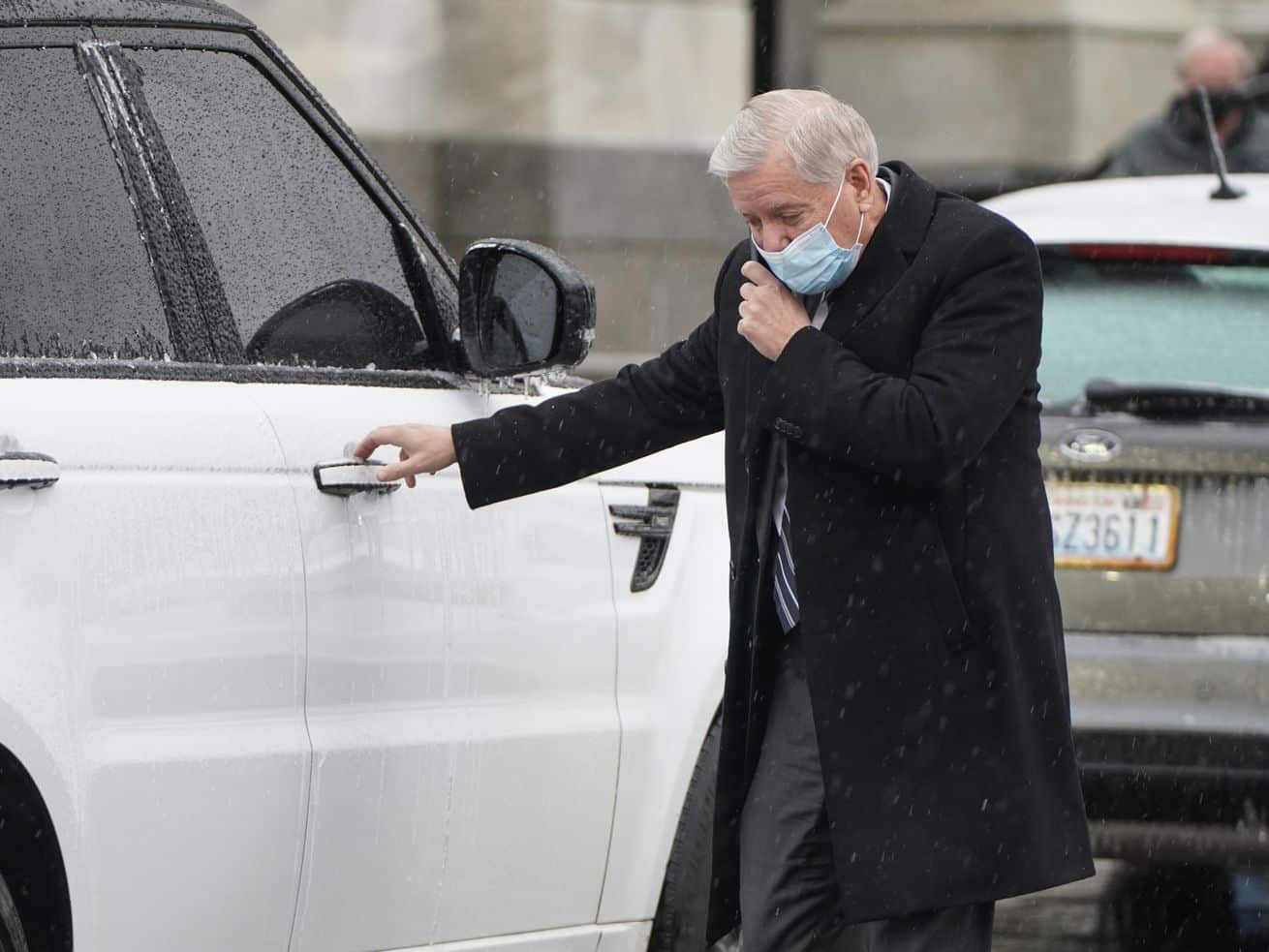 Graham is still all in on Trumpism. Bill Cassidy? Not so much.

With Trump now out of office, banned from social media, and fresh off a trial in which a bipartisan majority of senators voted for his conviction, the Republican Party is polarized.

Some Republicans want to try to finally push the party past Trumpism and its anti-democratic impulses, while others — perhaps more mindful of Trump’s continued hold over the GOP base — are using his acquittal as an occasion to wrap their arms more tightly around him.

Sunday, the anti-Trump faction was represented Sen. Bill Cassidy (R-LA). After four years of loyalty to Trump, Cassidy somewhat surprisingly joined six other Republican senators on Saturday and voted for Trump’s conviction on an article of impeachment accusing him of inciting the January 6 insurrection. And while Cassidy has already been censured by the Louisiana Republican Party for crossing the former president, he indicated during an interview on ABC’s This Week that he has no regrets.

“I think I may already represent a majority view,” Cassidy said, downplaying the censure. “I have voted to support and defend the Constitution … the Republican Party is more than just one person.”

Despite already being censured by the LAGOP, Sen. Cassidy (R) says he has no regrets about voting for Trump’s conviction: “I may already represent a majority view … [but] I have voted to support and defend the Constitution … the Republican Party is more than just one person.” pic.twitter.com/y0dlBqpMVx

On the pro-Trump side stands Sen. Lindsey Graham (R-SC). Graham, of course, was one of Trump’s most loyal supporters during his time in office, but that momentarily changed following the January 6 insurrection when Graham gave a speech distancing himself from Trump.

“Count me out. Enough is enough.” Graham said.

Graham quickly had second thoughts about this stance, traveling with Trump during his last trip as president and shamelessly defending Trump on TV.

Lindsey Graham is on Fox News trying to blame Nancy Pelosi for the Capitol riot pic.twitter.com/vlOyPhPUxp

If Graham’s Sunday morning appearance on Fox News Sunday is indication, his loyalty to the former president is stronger than ever.

Those comments came at the end of an interview that began with Graham suggesting Republicans will go as far as to retaliate for Trump’s second impeachment by impeaching Vice President Kamala Harris if the take back the House next year.

Lindsey Graham suggests Kamala Harris will be impeached if Republicans take back the House next year pic.twitter.com/J68Or4k1la

Both Cassidy and Graham were comfortably reelected for fresh six-year terms last November, but each lawmaker is using his mandate differently at a moment when principles and politics are at tension in the GOP.

Cassidy is using his job security to distance himself from a president he views as violating his oath of office, but Graham seems to be calculating that Trumpism represents the Republican Party’s best bet to retake one or both chambers of Congress next year.

That was apparent toward the end of Graham’s latest Fox News interview, when he basically endorsed Lara Trump — Donald Trump’s daughter-in-law — to fill a North Carolina US Senate being vacated by Sen. Richard Burr, who somewhat surprisingly joined Cassidy in the camp of former Trump loyalists who voted to convict Trump.

“North Carolina, the biggest winner I think of this whole impeachment trial is Lara Trump,” Graham said. “My dear friend Richard Burr, who I like and have been friend to a long time, just made Lara Trump almost the certain nominee for the Senate seat in North Carolina to replace him if she runs. And I certain will be behind her if she runs, because I think she represents the future of the Republican Party.”

A third Republican — Maryland Gov. Larry Hogan, who has been an outspoken critic of Trump — made a case on CNN Sunday morning that Cassidy’s stand should represent the future of the party..

“I think the final chapter and Donald Trump and where the Republican Party goes hasn’t been written yet, and I think we’re going to have a real battle for the soul of the Republican Party over the next couple of years,” Hogan said. “Are we gonna be a party that can’t win national elections again, that loses the presidency, the House and the Senate in a four year period?”

“We’re going to have a real battle for the soul of the Republican Party.”

Hogan is right to point out that the two election cycles following Trump’s 2016 victory over Hillary Clinton saw Republicans losing power in that way that often served as a rebuke of Trumpism’s broader appeal. But the former president remains very popular with the GOP base — polling conducted just before the impeachment trial found Trump’s approval rating among Republicans still in the 80s.

So while Cassidy’s stand for democracy is commendable, and Hogan’s optimism notable, it’s an open question whether there’s a place for people like them within a party so complicit in Trump’s authoritarian attempt.

The left’s gains in the 2018 Democratic primaries, explained in 3 charts
Elon Musk’s plan to bring a mini-submarine to rescue the Thai boys
Should we mourn the death of American cheese? 8 experts weigh in.
America’s bad paid sick leave policy could make the coronavirus outbreak worse
Sacha Baron Cohen will take aim at Trump — again — with a new TV show
These huge new wind turbines are a marvel. They’re also the future.