Lithium-ion batteries are everywhere. They just won the Nobel Prize in chemistry. 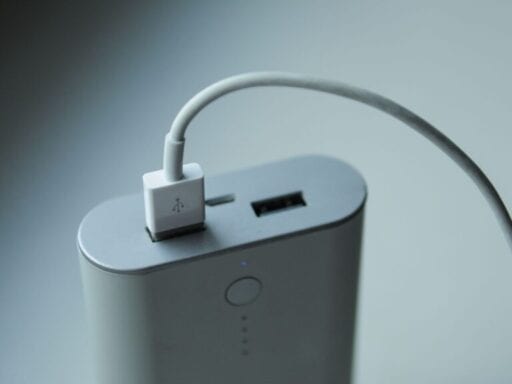 Rechargeable batteries are essential to a low-carbon future.

There’s a good chance the device your reading this story on right now is powered by a lithium-ion battery. Increasingly, these batteries power our world. They not only electrify the technology in our pockets but also electric cars, and sometimes, homes.

The lithium-ion battery changed the world, and it’s only been in existence for around 30 years. Today, the Nobel Prize in chemistry is awarded to three of the scientists most closely involved in its development.

The $909,000 prize is to be split equally between John Goodenough, a mechanical engineering professor at the University of Texas at Austin; Stanley Whittingham, a chemistry professor at Binghamton University; and Akira Yoshino, a Japanese chemist at the Asahi Kasei Corporation. At 97 years old, Goodenough has become the oldest person to be awarded a Nobel. He’s not retired yet either.

(You might have noticed: All nine of Nobel laureates announced this week have been men, mostly American or European.)

According to the Nobel committee, the three scientists “have created the right conditions for a wireless and fossil fuel-free society, and so brought the greatest benefit to humankind.” And for that, they qualify for the award.

But they didn’t do it working together. They did it by iterating on each others’ work.

As the Nobel Prize committee tells it, the story of lithium-ion batteries begins with Wittingham, who was an engineer at Exxon during the oil crisis in the 1970s. Facing the possibility of oil shortages in the future, the company put money and research muscle into developing rechargeable batteries. There were some in existence at the time, but they were bulky, heavy, and had a low output.

Wittingham looked to the element lithium — the lightest, most reactive (meaning most willing to give up elections) metal on the periodic table — to make a new battery. But the properties that make lithium desirable for batteries also make it unstable, and prone to catching fire. Wittingham successfully developed the predecessor to the lithium batteries we know today. But it was a bit dangerous — prone to exploding. And then, when the oil crisis subsided, Exxon deprioritized the research.

Then, in the 1980s, Goodenough took the design, and improved on it, redesigning the battery’s cathode (the positive electrode ). That doubled its power output from two volts to four volts. But the battery was still a bit dangerous, as the lithium in the anode (the negative electrode) could still catch fire.

“Subsequently, researchers around the world have searched through the periodic table on the hunt for even better batteries, but no one has yet succeeded in inventing something that beats the lithium-ion battery’s high capacity and voltage,” the Nobel Prize committee explains.

So there’s more work to be done on improving batteries. To get to the point where batteries can store more renewable energy — enough to supply 100 percent of US energy and help get us off fossil fuels entirely — it would be useful for them to become even more energy dense. The price of batteries also needs to come way down.

“One of the things that’s important in the society is to wean ourselves from our dependence on fossil fuels, and if we could make an electric car that would be as convenient and as cheap as an internal-combustion engine, we’d get CO2 emissions off the road,” Goodenough told the New York Times in 2017. He’s still working on discovering the next generation of batteries to help realize this dream.

But, for now, the lithium-ion battery remains one of the most important backbones for building a carbon-free future.

“It’s not going to create or take away a single job”: Why Trump’s excuse on the Saudis doesn’t hold ...
9 women to watch from this year’s midterms
The Hong Kong government tried to ban face masks. Protesters are already defying it.
The past 72 hours of Brexit ridiculousness, explained
Alphabet’s top lawyer, who has been accused of inappropriate workplace relationships, is stepping do...
In Vivarium, Jesse Eisenberg and Imogen Poots get very stuck in suburbia