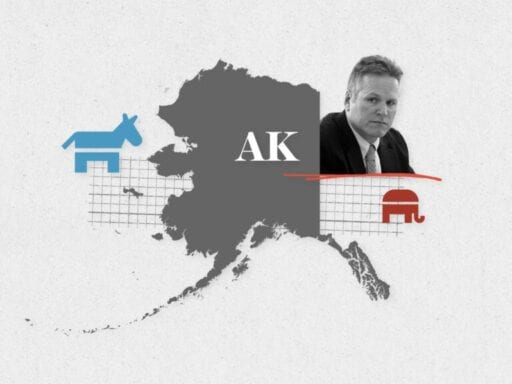 The Republican primary will set up one of the fall’s most fascinating governor’s elections.

Alaska could be home to the 2018 midterm election’s most interesting governor’s race, but Tuesday’s primary elections are expected to be little more than a formality.

Democrats and Republicans will pick their candidates for governor, with incumbent independent Gov. Bill Walker waiting in November. Republican state Sen. Mike Dunleavy is the presumed frontrunner for his party, though he’ll have to beat a crowded field. On the other side, Democratic former Sen. Mark Begich doesn’t really have any competition for the gubernatorial nod.

Dunleavy, a state senator since 2013, is the only one of the three gubernatorial frontrunners with any primary to speak of. Still, he is expected to emerge from a GOP field that includes former Lt. Gov. Mead Treadwell and a slew of lesser-known candidates. Dunleavy received the support of former Gov. Sean Parnell in a sign of the state party’s preference.

On the Democratic side, Begich’s nomination is all but a formality. Technically, libertarian William Toien opted to run on the Democratic ballot (thanks to a quirk in Alaska election law) but Begich is already looking ahead to November.

The fall general election is where the real intrigue is, with three credible candidates in Begich, Dunleavy, and sitting governor Walker.

The fear for the Democratic forces in the state is that Walker, who expanded Medicaid and positions himself as a practical centrist, and Begich, who has criticized the current government for cutting into the state’s unique economic welfare program, will split votes and create an opening for Dunleavy to win the governor’s house.

The Begich and Walker camps could cut a deal to avoid that scenario. They have until September 4, when ballots start to get printed, to act. It’s a situation with some precedent in this state whose politics defy easy categorization.

The campaigns have talked, at least preliminarily, about how to avoid a Dunleavy win. The presumed options would be one of Walker or Begich dropping out and endorsing the other — or perhaps some kind of a unity ticket.

It has happened here before: Walker allied with Democrat Byron Mallott for a unity ticket to win his first election in 2014. Begich endorsed Walker then, while Walker did not return the favor. The senator’s strong ground game may have helped carry Walker to victory that year even as he fell short in his own campaign.

Elizabeth Warren blasts the plastic straw debate as a fossil fuel industry distraction tactic
Canada passes legislation legalizing marijuana, sales expected within 12 weeks
The “pleasant ambiguity” of Medicare-for-all in 2018, explained
Just Mercy is a powerful argument against the death penalty
19 top ICE investigators ask DHS officials to split up the agency
Sarah Sanders is upset because a restaurant wouldn’t serve her. She’s okay with it happening to gays...

Why is it so hard to forgive?