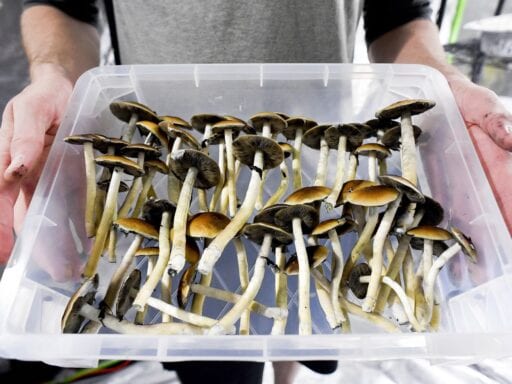 The US has a near-total criminal prohibition of psychedelic drugs. In Oregon and Washington, DC, voters are being asked if they’d like to change that.

In Washington, DC, voters are being presented with Initiative 81, which could decriminalize a range of psychedelic plants and fungi.

The measures are seen by many activists as the next stage in scaling back America’s war on drugs, now that marijuana legalization has already reached 11 states and could be legalized in four more in the November election.

Polls show strong support for marijuana legalization, but it’s unclear how much public backing there is for measures decriminalizing psychedelics or legalizing them for medicinal purposes. Denver became the first US city to vote to decriminalize psychedelic mushrooms in 2019, but no state has decriminalized or legalized psychedelic substances for medical use.

But activists may have an advantage in Oregon and Washington, DC — both of which are very liberal, and were among the first jurisdictions to legalize cannabis for recreational use (although DC, due to a bill passed by Congress, still prohibits sales).

The Oregon and DC measures will likely set the stage for future drug policy reform efforts. If two progressive places move forward with their measures, that may signal a wider public appetite for expanding access to psychedelic drugs. If the measures fail — especially in an election year that seems very favorable to more progressive causes — drug policy reformers almost certainly have their work cut out for them.

A yes vote would effectively decriminalize the non-commercial cultivation, distribution, possession, and use of “entheogenic plants and fungi,” and ask prosecutors to drop cases related to these substances. Commercial sales wouldn’t be allowed.

A no vote would mean DC would not deprioritize the enforcement of anti-psychedelic laws.

A yes on Measure 109 would allow patients 21 and older to buy, possess, and consume psychedelic drugs at “psilocybin service centers,” under the supervision of trained facilitators.

A no vote would mean patients would not have legal, supervised access to these drugs.

America’s hospitals are not ready for coronavirus
Pop culture unites us as Americans. Will streaming services change that?
The old-school pomp and circumstance of impeachment, briefly explained
A federal judge stopped Texas from ending its refugee program
Inauguration fashion was bold, American, and even a little bit fun
First Man