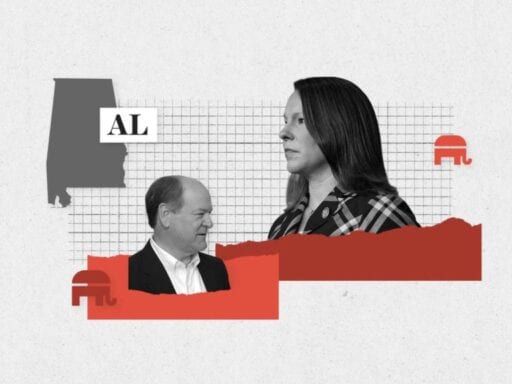 Will a Trump critic triumph in Alabama?

Alabama on Tuesday holds a runoff election for a highly contested House race that pits a Trump critic against a Democrat turned Republican.

Four-term Rep. Martha Roby — despite double-digit wins in the state’s Second Congressional District when she ran in 2012 and 2014 — is now facing the heat after she criticized Trump during the 2016 election. Her opponent, Bobby Bright, has seized on these comments in his attack advertising — although President Trump’s recent endorsement of Roby makes it tougher for that argument to stick.

Bright also has a somewhat confusing record of his own: He represented the district for one term as a Democrat and has since been forced to defend how closely aligned he is with polarizing figures like Nancy Pelosi.

During the primary in June, Roby received 39 percent of the vote, while Bright received about 28 percent. As things stand, Roby has a sizable war chest and boasts a 5-to-1 fundraising lead. Given the recent presidential seal of approval she received, many Republicans see Roby emerging victorious. (She maintains that she has “no regrets” about her critiques of Trump, however.)

Polls close at 7 pm Central time. Live results, powered by DecisionDesk, are below.

Australia is trying to figure out who’s sticking needles in strawberries
The masterful deceit of “Toss a Coin to Your Witcher,” explained
The double standard at play in Katie Hill’s resignation
Trump says the U.S. will not be a 'migrant camp'
Vox Sentences: Brextension
9 real-life horror stories of people who disappeared and were never found