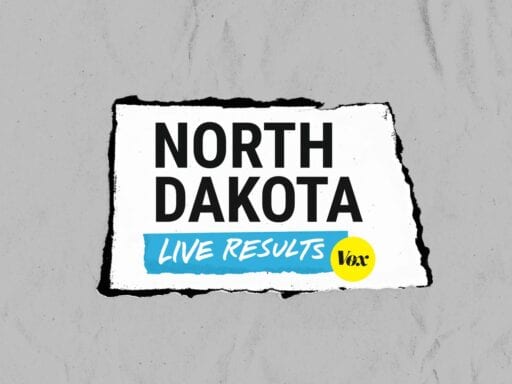 North Dakota is one of six states weighing in on the Democratic presidential primary on Tuesday, March 10.

The race is something of a toss-up: Bernie Sanders won the 2016 North Dakota contest in a landslide over Hillary Clinton; on the other hand, FiveThirtyEight’s forecast model estimated a 59 percent chance that Joe Biden would win, compared to 41 percent for Sanders.

The state’s contest has featured substantial early voting. A week before the caucuses, the party reported that more than 3,100 people had requested ballots for the caucuses, which is only a few hundred votes short of the total turnout for the 2016 caucuses (3,350). The early votes had to be postmarked by Thursday to ensure an accurate and prompt count on the night of the caucuses.

You can see the results of the state caucuses below, though the state party has already cautioned it might not be able to call the race until Wednesday:

Unlike past caucuses, the 2020 contest operated more like a conventional primary — just one run by the state party, rather than the government. Balloting is open from 11 am to 7 pm (though only in 14 locations). A spokesperson for the state party (technically called the Democratic-NPL Party after a 1956 merger with the Nonpartisan League) told the Williston Herald, “People can come in, sign in, vote, and be on their way. They don’t have to stay for multiple rounds of voting. They won’t have to debate their neighbors. The process will be more similar to a general election day.” By contrast, the 2016 caucuses were rowdy in-person affairs with the Clinton and Sanders camps actively jockeying for support, closer to how the caucuses in Iowa work.

North Dakota is one of only eight caucuses being held by the Democratic Party this year. After outcry about caucuses’ low turnout and lack of accessibility in 2016, 10 states switched from caucuses to primaries for 2020, including high-population states like Minnesota, Colorado, and Washington. This time around, the caucus approach was limited to early states (Iowa and Nevada), low-population territories (American Samoa, Northern Mariana Islands, Guam, and the Virgin Islands), and two sparsely populated rural Plains states (North Dakota and Wyoming).