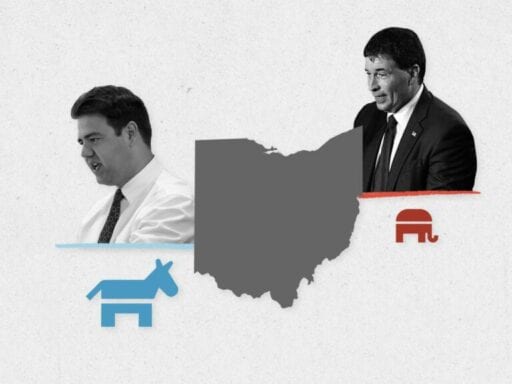 A Democrat has a good shot at winning in a special election Tuesday in an Ohio congressional district surrounding Columbus that hasn’t elected a Democrat since the 1980s.

Danny O’Connor is running against Republican Troy Balderson to replace retiring Rep. Patrick Tiberi in Ohio’s wealthiest congressional district. So far, polling had the race in a dead heat, and Donald Trump was campaigning for Balderson the weekend before the special election, in a sign of GOP concerns about the race.

Polls close at 7:30 pm ET. Live results, powered by Decision Desk, are below.

This district, covering parts of suburban Columbus as well as more rural areas in Appalachia, always sends a Republican to Congress. Trump won the district by 9 points in 2016. Cook ranks it as R+7.

But this district is a little better educated than Ohio as a whole, which might favor Democrats, and O’Connor has positioned himself to have a fighting chance. Recent polls have found him trailing by just a point or two, and the Democratic campaign feels good about the early voting numbers they’ve seen.