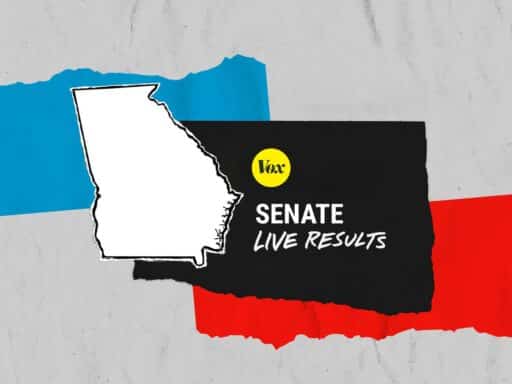 Control of the US Senate will be decided in Georgia. Vox has live results.

The balance of political power in Washington, DC, will finally be decided in the January 5 Senate runoff elections in Georgia.

Two sets of candidates are squaring off in twin Senate races with Republican incumbents. In one race, Sen. David Perdue faces Democrat Jon Ossoff. In the other, a special election to fill the seat of retired Sen. Johnny Isakson, Sen. Kelly Loeffler faces Democrat Rev. Raphael Warnock. If Democrats manage to win both seats, they will hold 50 seats in the Senate, with Vice President-elect Kamala Harris serving as a tie-breaking vote. This would give Democrats unified control of the executive and legislative branches, albeit with very slim majorities.

In any other year, Republicans would be seen as the clear favorites. Georgia historically is a conservative state, and Republican candidates have trounced their Democratic opponents in the most recent special elections for the US Senate in 2008 and 1992.

But demographic changes have been coming fast in Georgia and other states in the South. Combined with years of organizing from Georgia Democrats and voting rights groups, and President Trump accelerating change, Republicans are not as sure about a win in the state as they once were. The Georgia races could come down to the wire.

Vox has live results here, powered by our friends at Decision Desk.

The state of play in Georgia, explained

Senate runoffs are especially tough to poll, and many major pollsters sat this one out. But all the data we have so far suggests both of these races are close.

The FiveThirtyEight polling average in the Perdue/Ossoff race shows the two men separated by 1.8 percentage points, 49.1 percent for Perdue to 47.4 percent for Ossoff. The Loeffler/Warnock race is similarly tight, with Warnock sitting at 49.4 percent compared to 47.2 percent for Loeffler.

Some in-state observers say Loeffler and Perdue hold the advantage, but 2020 is shaping up to be an unpredictable year. For one thing, President-elect Joe Biden won Georgia in 2020, the first Democratic presidential candidate to do so since 1992. Yet even though Biden won at the top of the ticket, Ossoff ran about 100,000 votes behind him, signaling a potential weakness for Democratic candidates at the Senate level.

The wild card in the Georgia race remains President Trump. Georgia voters — including a number of moderate Republicans — repudiated Trump in November. Since then, the president hasn’t gone away quietly. Two months after the fact, he is still refusing to concede an election that’s been certified for Biden and complaining loudly and frequently that the Georgia election was rigged against him, personally attacking the Republican governor and secretary of state.

“They need to turn out the Trump base, which I think it could be harder to do than it was on Election Day,” Cook Political Report Senate editor Jessica Taylor told Vox.

Democrats must turn out a diverse swath of voters to have a shot at winning these races: high turnout among Black voters, Asian and Pacific Islander voters, Latino voters, and white suburban women voters.

Black voters make up the majority of Georgia’s Democratic base, and so far, Black turnout is hovering around 30 percent. Still, it’s impossible to draw any kind of prediction out of these numbers without knowing what turnout on January 5 looks like. Democrats have done well in the early vote, but Republican voters could still wipe out those gains on the 5th.

More than 3 million people have cast votes in the election so far — a record in a Georgia runoff — including over 118,000 people who didn’t vote in the November general election. This group makes up about 4 percent of the overall electorate, but runoff elections are all about base motivation, and even a small increase among a key group could make the difference.

Liberal celebrities’ attacks on Fox News are as much about timing as anything else
How we work out together now
NBC will now let former employees talk about sexual harassment. Critics say that’s not enough.
Colin Kaepernick’s collusion grievance against the NFL, explained
Netflix’s Unorthodox movingly captures the pain and power of leaving a strict religious community
Julian Castro had a very good night at the first Democratic debate