Locke & Key had a long, bumpy road to Netflix. It came out worse for wear. 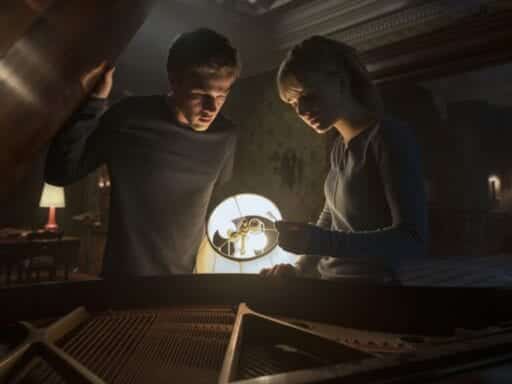 Locke & Key has had an unusually convoluted road to the screen, with a decade of production twists and no fewer than two previous pilots filmed and discarded. But at last, the long, long-anticipated adaptation of the cult comic has finally premiered. The show’s 10-episode first season was released Friday on Netflix, and it’s tailor-made to please fans of other Netflix series like 2018’s Haunting of Hill House and the popular Series of Unfortunate Events — both of which mixed horror-fantasy with a story about dysfunctional siblings uniting to solve a family mystery in a setting with gothic Victorian overtones.

Locke & Key also fits that description perfectly — but many significant differences exist between the Netflix adaption and the comic it’s based on. Written by horror novelist Joe Hill, son of Stephen King, and drawn by artist Gabriel Rodriguez, Locke & Key ran for five years (2008–2013) before reaching its conclusion. The series was especially praised for its emphasis on human drama, and the fact that the family dynamics drive the plot as much as its supernatural horror. Hill even won the Eisner Award — the comics industry’s equivalent of an Oscar — in 2012 for his writing on the series.

But where the Locke & Key comics gained a reputation for its beauty and complexity, the show, co-created by veteran screenwriters and producers Carlton Cuse (Lost) and Meredith Averill (Haunting of Hill House), offers little of either. The show is more a watered-down, much blander version of the comic than a satisfying page-to-screen transition.

In part, this is because the comic benefited from looking and feeling otherworldly; it was originally set in a town called “Lovecraft” to emphasize its connection to the Weird genre of horror fiction, where reality perpetually bends to open doors to the supernatural. In the show, Lovecraft has been renamed to the less obvious Easter egg Matheson — and while that’s a less offensive reference, the change inevitably reflects something about the show’s tamer nature. Netflix’s Locke & Key is a weakly written teen TV drama with some clunky supernatural elements thrown in — far less impressive than its tight, tense predecessor, and at many points frustratingly clumsy.

Locke & Key styles itself as a complex family drama, but it can’t pull it off

Locke & Key kicks off with the Locke family moving to the stereotypically gorgeous coastal New England town of Matheson, Massachusetts. Surly teens Tyler and Kinsey and wide-eyed kid Bode (Jackson Robert Scott, fresh from being clown-snatched in It) are all mourning the death of their father following his strange murder by a troubled student. In response, his grieving wife Nina (Scandal’s Darby Stanchfield) moves the family into the very house that somehow led the student to kill her husband, a properly Victorian ancestral mansion called “Key House.”

The moment the family moves in, Bode meets a glamorous woman who’s been trapped in a well on the Locke property, a villainous siren with a penchant for lounging around in satin nightgowns like she’s posing for the cover of a young adult novel. She reveals to him that the house is full of keys, each with an amazing supernatural property. Then she promptly steals the most important and powerful of all the keys, leaving Bode and his siblings scrambling to figure out how the keys work, how to stop her, and what their dad’s dark past has to do with his strange death.

Innumerable magic keys hiding in a giant evil house is a conceit that could drive a whole lot of plot. And the comic ran for five years, so there’s plenty of story to be told. But Locke & Key tends to suffer from too little plot; rather than fully embracing its fantasy-horror element, the show immerses us in the points of view of its younger characters, particularly the teens whose lives have been uprooted and who are dealing with the fallout of their father’s death and his murky history.

That could have been great — but unfortunately, these teens and their typical teenage drama aren’t nearly as interesting as the mystery behind the keys. Their character beats are entirely predictable, and the high school ensemble around them is boring. But their clichéd teen drama dominates most of the narrative, which makes the season a slog through lots and lots of slow, uninteresting scenes where teens fail to communicate, exchange cringeworthy banter, and evince zero self-awareness.

As the kids learn more about their dad and the strange town he grew up in, initially unexplained moments of confusion start to make more sense. But throughout the show, the narrative takes inexplicable leaps of logic — like the early moment when Bode tells his siblings the well lady stole the most powerful of the keys, and their response is basically, “Oh, okay.” No follow-up questions? No curiosity about who this well woman is, how she got the key, and what she might want it for — or even what she looks like?

The convenient answer is that the siblings aren’t supposed to know these answers yet, but that answer exists outside of the narrative, and these moments, along with the inane dialogue that dominates the show (“No fighting in front of the bacon”), prevent us from engaging with the story or the characters.

That’s a shame, given how much anticipation and buildup Locke & Key has enjoyed for so long. Hollywood has been trying to bring the Hill-Rodriguez comic to life for years, only to be thwarted time and again.

Locke & Key’s Hollywood history began almost as soon as the comic did, when Dimension Films optioned the series for a potential film adaptation in 2008. But the company soon let the rights lapse with little progress, setting the stage for the series’ long trajectory of near misses.

The rights for the story soon fell into the hands of 20th Century Fox. The trailer above is for the first version of a Locke & Key series that almost existed — a 2011 pilot for a Fox series that would have featured Never Let Me Go director Mark Romanek, with the then-dream team of Alex Kurtzman and Roberto Orci (Star Trek) as showrunners. Starring Miranda Otto (Lord of the Rings) as Nina, the pilot contained many elements that wound up in the current version, but it’s styled much differently — more like gothic horror with its Weird roots on display.

Despite investing a staggering $10 million into the series’ development, however, Fox passed on the show. As an apparent mark of good faith, however, Fox’s TV division screened the pilot at Comic-Con that year, in the hopes of interesting other producers. Despite fan enthusiasm, there were no takers.

Locke And Key was pretty good. Can see why Fox rejected it, though. #sdcc

Kurtzman and Orci then returned to the idea of pitching the series as a film instead, and in 2014, Universal optioned the series and got as far as hiring a writer to develop the script. Originally, Kurtzman and Orci envisioned Locke & Key as a series of films, each one likely dealing with the comic’s six main narrative arcs (as collected in its six trade volumes).

That idea proved too strange for Universal, however, so soon Locke & Key was back in production limbo — at least until Hulu rescued it in 2017, ordering a pilot for a new version of the TV series, with Carlton Cuse as showrunner. At that point, the show seemed well-matched for the streaming service, with It’s Andy Muschietti on board as director and Scott locked in to play Bode.

But then Hulu, in an eerie moment of history repeating itself, did exactly what Fox did: It commissioned the pilot, then passed on it but kept negotiations open for other networks to pick up the series. This time, in 2018, Netflix stepped in — with some caveats. The biggest? Netflix wanted to develop the series from scratch again.

The Netflix phase brought a number of noticeable changes to the franchise. Where the original comic is unquestionably a horror series, the Netflix version leans much more toward the story’s fantasy side, a change reportedly made after Netflix came on board. The show underwent an overall tonal shift to be more of a coming-of-age story for its kid characters — likely appealing to fans of other Netflix shows like Unfortunate Events and Stranger Things, but probably jarring for fans of the much darker comic.

Since co-showrunner Averill co-produced and wrote for Hill House, you might think the show would hew to that more sinister haunted house approach. It doesn’t. The shift toward the teenage cast’s teenage-ness and the series’ more fantastical elements means that Key House feels far more like a quirky funhouse with occasional dark surprises.

Alas, that tonal shift regulates much of Locke & Key’s original unhinged diabolical entertainment, and not for the better. The show may feel more aligned with Netflix’s overall offerings now — but it feels, sadly, much less like Locke & Key.