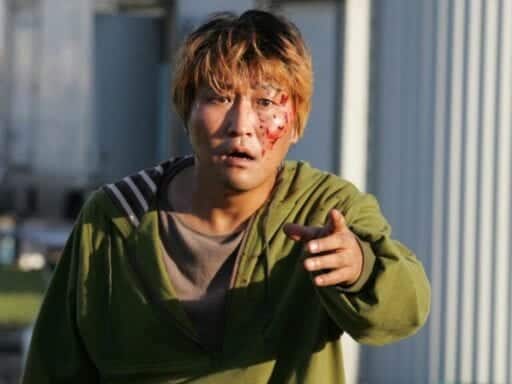 It’s a perfect pairing to the director’s 2020 Best Picture winner and a great introduction to his whole body of work.

It’s noteworthy that the director of Parasite made a movie called The Host 14 years before his historic Oscars Best Picture win — even if the Korean title of the 2006 film translates more directly as “Monster.” What was only the third feature film from virtuosic writer and director Bong Joon-ho is, indeed, a monster movie, possibly even the defining monster movie of the century. But the resonance between the two English titles, which evoke similar themes of bloodsucking dependency, suggest a pairing. For those whose introduction to Bong’s work was through Parasite, The Host is an ideal place to start with the director’s other films.

In many ways, The Host embodies the same qualities that made Parasite so appealing to audiences, critics, and the Academy, who gave it four well-deserved golden statues on Oscar night. It bears all the imprint of a signature Bong film, with a romping, slyly funny genre-bending plot that jumps from comedy to horror to tragedy to drama and back again, while carrying a clear — but never too clear — social critique. Released between two of his masterpieces, 2003’s Memories of Murder and 2009’s Mother, it was wildly popular in its home country and well-respected abroad.

And among Bong’s filmography, The Host may be the best companion piece to Parasite, something their titles may signal (the former’s more literal Korean title notwithstanding). It’s an easy movie to watch and love, but it also embodies all of the director’s most famous characteristics, and then adds a big slimy monster, just for fun.

The Host contains parallels to Parasite, but tells its own kind of story

The “parasite” of Parasite is everyone — the rich, the poor, the whole population trapped in a socioeconomic system that allows them to move through life leeching off of one another’s labor and wealth.

But every parasite needs a host organism to keep itself alive. You could say that in Parasite, the host is the system. And interestingly enough, one way to read The Host is as a movie about a country — Bong’s native South Korea — that has attached itself to the United States and its cultural exports.

That’s evident throughout the film. Like Parasite, The Host is a story about a family, the Parks, mostly a group of poor screw-ups trying to get by on selling cheap food from a snack bar in a trailer near the banks of Seoul’s Han River. They’re easy to compare to Parasite’s Kim family, who live in a half-basement apartment and fold pizza boxes to make money and keep body and soul together. (Yes, there’s a Park family in Parasite, too — but they’re the wealthy ones.)

Song Kang-ho stars in both films. In Parasite he’s Ki-taek, the father of the Kim family; in The Host, he is Gang-du, the eldest of the three adult Park siblings. Gang-du sports bleach-blonde hair, sleepy eyes, and a droopy gait that belies either laziness or possibly a developmental disorder.

His father Hee-bong (Byun Hee-bong) chides Gang-du’s apathetic, alcoholic brother Nam-il (Park Hae-il) and champion archer sister Nam-joo (Bae Doona) for their derision of Gang-du, whom he says was deprived of adequate protein when he was a child. Gang-du’s school-aged daughter Hyun-seo (Go Ah-sung) is Gang-du’s pride and joy, especially since her mother ran off years earlier and he’s raising her alone.

But though The Host centers on the Park family, it opens in a laboratory on an American military base, where two scientists are working with dangerous chemicals. The one in charge, an American, orders his Korean colleague to dump 200 extra bottles of formaldehyde into the Han River, and waves away his protest that the substances will seep into Seoul’s water supply. Who cares? Can’t really hurt anyone, right?

Turns out it can. The fish in the river start dying, and over the next few years, strange creatures are occasionally seen deep in the water. Then, one day, near the Parks’ snack bar, a monster appears, hanging by its slippery tail from a bridge.

The Host, like all of Bong’s films, is about much more than its individual characters

The presence of a creature isn’t a spoiler; it’s right in the film’s title. But Bong makes extra sure it doesn’t count as a spoiler by bucking monster movie conventions and showing us the monster right away. It’s sort of an enormous mutated eel, and after wreaking havoc on some river-goers, it snatches Hyun-seo and takes off.

The Host then focuses on the efforts of the Park family to recover Hyun-seo, through bickering and mishaps that recall some of the slapstick chase sequences in Bong’s 2017 film Okja, which also dealt with the deleterious effects of unethical science on the animal and human kingdoms.

And throughout, the South Korean government is painted as ineffectual, apathetic, and at the mercy of the Americans who maintain influence both through their presence at the military base and in South Korea’s cultural hegemony. (Bong has frequently talked about the Hollywood films to which he feels indebted, but The Host seems to subtly dig at a Korean culture that, by the time he made it, was saturated by entertainment from the US rather than created closer to home.)

At the Americans’ behest, the South Korean government fabricates an official cover story, insisting the problems the monster is causing, like disappearing citizens, is the result of a viral outbreak, not a monster of their own creation that’s terrorizing the city. The action is punctuated by news reports that eventually chronicle the growth of a dubiously effective student-led activist movement against the government’s actions.

Every aspect of South Korean society is shown to be kind of messed up in The Host. Every character is arranged on a spectrum from silly to sinister, and the looming influence of American attitudes and culture cast a big shadow. Heroism isn’t impossible, but the heroes that do emerge don’t look like the lead in an action film or a superhero movie. They might look like bleached-blonde Gang-du.

I saw The Host for the first time shortly after its US release, over a decade ago. But revisiting the film in the wake of Parasite’s release and Best Picture win, I enjoyed tracing how The Host plants the seeds for Parasite, while also standing on its own. As in Parasite, the titular host isn’t easily mapped onto one person or idea or entity. Instead, everyone is grasping onto something else to give them a life force, whether it’s students trying to find meaning in misguided activism or scientists taking cues from their peers in the American military.

And I felt new appreciation for the way that Bong embeds sharp social critique into wildly entertaining movies. You wouldn’t call films like Memories of Murder or Okja or The Host or Parasite “subtle”; their social commentary is obvious from dialogue and the situations in which the characters find themselves, and the movies don’t try to conceal their hand. (And you definitely wouldn’t use “subtle” to describe for Bong’s 2013 sci-fi thriller Snowpiercer — his first English-language movie — which literalizes class warfare metaphors to an almost too-obvious degree.)

But The Host is a great example of what makes all of Bong’s work — including Parasite — so alluring and infinitely watchable. You always know there’s a critique. But it remains just below the surface of stories that are so exciting and intriguing that you get caught up in the thrill, the action, and the mystery. And then later on, you start thinking about what it really means.

In an interview with Film Comment after Snowpiercer’s release, Bong spoke to this quality in his films, explaining that he really wanted people to be able to enjoy the action-packed science fiction movie on a train. But “the political message comes afterwards, when you’re falling asleep at night or think about it for a few seconds—that’s enough,” he said.

And Bong’s enduring political message seems especially concerned with how the poor and the rich feed off one another, and how nobody is ultimately blameless. We’re meant to sympathize with the Parks of The Host, just as we are with the Kims, and even the Parks, of Parasite; they’re just people. Bong wants us to widen our gaze and look at the whole ecosystem we’re living in — hosts and parasites alike.

The Host is available to digitally rent or stream on iTunes, Amazon, YouTube, Vudu, and Google Play.

Vox’s guide to where 2020 Democrats stand on policy
Measles cases have hit a record high in Europe. Blame austerity.
Trump’s legal team advances yet another far-fetched lawsuit in Georgia
How queer and trans people are turning the internet into a safe holiday space
Israel’s election results show Netanyahu is in serious trouble
Trump used his Fox News town hall to again mislead Americans about coronavirus