Looking back at the tumultuous 2010s 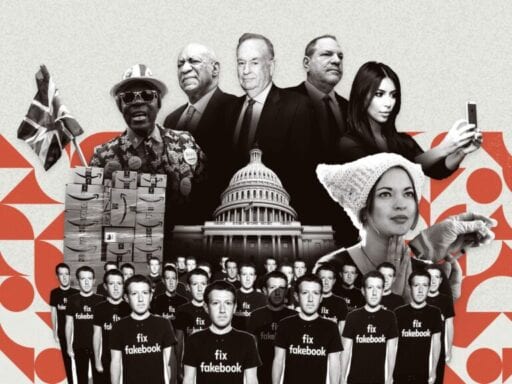 From the memes that broke the internet to the politics that broke us, Vox explains the moments that mattered this decade — on our fragile planet and beyond.

If the 2010s had a common theme, it’s safe to say it was technology, which propelled us forward with occasionally uncomfortable force, giving us the means to share selfies and record police violence, to shout “Me Too” and be duped by disinformation, seemingly all at once.

In the midst of all the noise, the moments that we ought to remember become clear: The decade will be defined by the events that fundamentally changed us. What didn’t Amazon and Facebook change — and the way we view capitalism? What did we do with our free time, even, before a cute stray dog became the first Instagram influencer? How did marijuana’s reputation go from criminal to curative to lucrative in the course of just a few years?

So much happened this decade that it birthed a running joke: A month now feels like a year, or maybe a week — it’s hard to say anymore. In particular, the past three years have, like so many members of the Trump administration, come and gone at a dizzying pace.

But the true milestones of the 2010s have had long arcs: We took our first Uber rides. We shared our first belfies on Instagram. We started talking about systemic inequality, and we canceled some objectively terrible men.

There were disappointments, too. Thanks to the seemingly narcotic grip of social media, we stood idly by as disinformation ushered in mistrust of democracy and modern medicine. Climate change worsened. Children died — many of them — but we couldn’t get our act together on guns. Our American reckoning with racial injustice stagnated, then seemingly went backward.

Being on the brink of a new decade provides a certain clarity, even amid so much tectonic change. So join us as we look back: at the consumer brands and Arctic ice we lost, at the TV shows, movies, and memes that defined us, at the politics that broke us.

A new $748 billion bill could be Congress’s best hope for more stimulus this year
The CDC’s rocky effort to get Americans tested for coronavirus, explained
Benjamin Netanyahu just unveiled Israel’s newest town: “Trump Heights”
President Trump to King Felipe VI: We love Spain
These 5 people are still waiting for their stimulus checks
Tech workers have been reluctant to unionize, but Google contractors just changed that