Lottery winners can’t stay anonymous in most states. Some people are trying to change that. 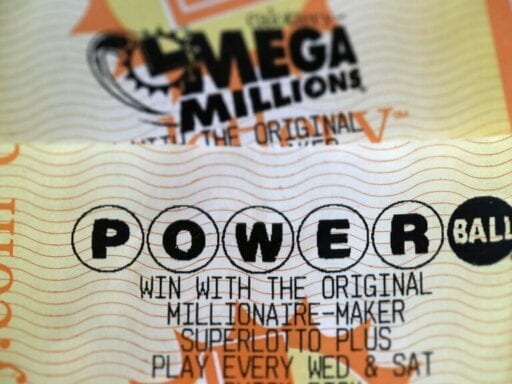 In 2006, a Florida man named Abraham Shakespeare won $31 million in the lottery. In 2009, after he’d spent most of the money, he disappeared; his body was found in early 2010 under a concrete slab. Per the Cleveland Plain Dealer, police suspect the person responsible was a woman who had befriended him after his big win and “fleeced him of $1.8 million.”

In November 2015, a 20-year-old forklift operator in Georgia named Craigory Burch won $434,000 in the lottery; the following January, he was shot and killed in a home invasion. Police, who eventually charged seven people with his murder, said he was a “pre-selected target.”

Stories like these are not just random examples of the so-called “lottery curse”: They can happen because in most of the US, lottery winners are required by law to publicly disclose their identities.

Winners must sign the back of the ticket to officially claim it, then contact their state’s lottery commission, which announces the lottery is closed by saying who won. In only eight states — Delaware, Georgia, Kansas, Maryland, North Dakota, Ohio, South Carolina, and Texas — are winners allowed to conceal their names, but even then, they can only stay anonymous below a certain earnings threshold or for a certain time period.

This means that often, a winner’s name, hometown, and prize amount are easily available to anyone who’s interested — a scary prospect given that, as Amy B. Wang writes for the Washington Post, “lottery winners are famously susceptible to becoming targets for everything from extortion to blackmail to even kidnapping.”

With the Mega Millions jackpot currently sitting at a record $1.6 billion, safety for the winner is no doubt a concern — but the issue is also about our right to and desire for privacy in the first place, which seems less and less achievable even for non-lottery winners. Fear of your personal information being poached and used maliciously seems more likely than any physical harm, and in the era of Facebook data breaches, privacy feels even more precious.

Recently, a slew of legal battles and proposed bills have started to challenge the status quo, claiming that winners should have the right to privacy. This highlights the concern that the internet has catalyzed our ability to locate (and potentially harm) one another. After all, when the official American-run lottery began in 1934, there was no technology that allowed people to easily find and harass winners (or paperlessly drain their bank accounts).

Some states have recognized a right to privacy as a logical evolution to the lottery experience. This year, a judge in Merrimack, New Hampshire, ruled in favor of a woman who wanted to conceal her identity after winning $560 million. The judge said that “should Ms. Doe’s identity be revealed, she will be subject to an alarming amount of harassment, solicitation and other unwanted communications,” which is enough reason to let her keep her address and name private.

In 2017, Texas passed a bill saying that if earnings exceed $1 million, winners may conceal their identity. Democratic state Rep. Ryan Guillen said that granting anonymity was an “easy fix” to all the local and national fanfare that can plague those who win big sums of money and “provide much-needed peace and quiet to the lives of some lucky Texans.” In Georgia, a similar bill passed for those who win more than $250,000. In Arizona, winners of $600 or more can stay anonymous for 90 days after collecting their money.

In Delaware, anyone who wins any amount of money can remain anonymous; same goes for Ohio and South Carolina. Some states, including Colorado, Vermont, Connecticut, and Massachusetts, will award the money to a trust, from which the winner can then draw, a somewhat convoluted way to remain anonymous.

Those who oppose granting anonymity cite the need for transparency. In New Jersey, Republican Gov. Chris Christie vetoed a bill allowing winners in the state to remain anonymous, saying it would “undermine the transparency that provides taxpayers confidence in the integrity of the Lottery.”

The common argument is that publicizing the winners gives people confidence that the only winners aren’t just lotto insiders rigging the system, as happened in 2017: A former computer programmer of the Multi-State Lottery Association was convicted on charges of rigging; according to the Des Moines Register, he “wrote the code to allow him to predict the randomly drawn numbers of multimillion-dollar jackpots in as many as 17 states.”

The other common argument against privacy, which Christie also mentioned, is sales: Stores where winning tickets were bought can see massive bumps in sales afterward. If the information isn’t publicized, the excitement floats into the ether and ticket sales could slump.

Lottery winners fascinate us because of how accessible their luck seems — it’s not about a talent we don’t possess or a family history that we don’t benefit from; they just happened to be in the right place at the right time, and draw the right numbers. The attention (both positive and negative) increases in tandem with the amount of money on the line.

While the fear of harm may be some people’s motivation for seeking anonymity after winning the lottery, there is also an underlying principle that you should be able to filter what people know about you, something that has felt less and less achievable when everything is just an internet search away.