Louise Glück just won the Nobel for literature. This poem will introduce you to her work. 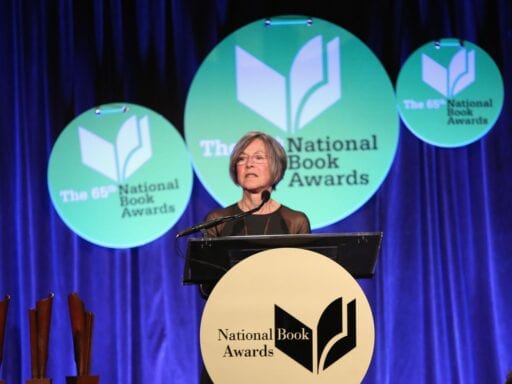 On Thursday morning, the 2020 Nobel Prize in Literature was awarded to Louise Glück, a poet whose immense simplicity of voice belies the biting irony and richness of her work.

Glück is one of America’s most celebrated poets, and the Nobel was just about the only literary award she hadn’t already won. She won the Pulitzer in 1993, won the prestigious Bollingen Prize for Poetry in 2001, and served as the US Poet Laureate from 2003 to 2004. In Thursday’s announcement, the Nobel committee noted they were awarding Glück “for her unmistakable poetic voice that with austere beauty makes individual existence universal.”

Glück has been publishing poetry since 1962, when she was just 19 years old, and she had developed her distinctive pared-down voice by 1975, when she published her second book, The House on Marshland. “The hugeness of what Glück will not say is like some big masonry wall,” wrote Dan Chiasson in the New Yorker in 2012. “What little is said shimmies through a narrow breach in the mortar.”

It’s the spareness of what Glück says, and the immense omission of everything else, that grants her poetry its intense emotional power. Often her work is animated by a sense of grievance: at the world, at her own imperfections, at the horribleness of being embodied in the world and at everyone else who dares to be embodied too. But with the poem, she is vindicated. Her closing lines sometimes seem to quiver with suppressed triumph.

In honor of Glück’s Nobel, let’s take a look at an excerpt from her book-length poem, October. It was first published in 2004, but it feels especially fresh and urgent now, in an October of a plague year whose days have gone slippery:

Is it winter again, is it cold again,
didn’t Frank just slip on the ice,
didn’t he heal, weren’t the spring seeds planted

didn’t the scar form, invisible
above the injury

terror and cold,
didn’t they just end, wasn’t the back garden
harrowed and planted—

I remember how the earth felt, red and dense,
in stiff rows, weren’t the seeds planted,
didn’t vines climb the south wall

I can’t hear your voice
for the wind’s cries, whistling over the bare ground

I no longer care
what sound it makes

when was I silenced, when did it first seem
pointless to describe that sound

what it sounds like can’t change what it is—

didn’t the night end, wasn’t the earth
safe when it was planted

didn’t we plant the seeds,
weren’t we necessary to the earth,

the vines, were they harvested?

Glück is writing ferociously around trauma here, around some wound in the year that has left scars and made the fact of October seem impossible. And in 2020, it’s easy to read the trauma of pandemic into the elisions of her work, into the space that has made the passage of time fall apart and sound lose sense. Because Glück has, as the Nobel committee said, made “individual existence universal.” That is her great gift.

The T-Mobile + Sprint deal is good for you if you like paying more for your wireless plan
Justice Ginsburg died believing that Trump is an “aberration.” Her death ensures that he won’t be.
Trump and Barr have been urging foreign governments to help them investigate the Mueller probe’s ori...
The 2020 presidential election
Andrew Yang has a good answer for one of the toughest climate change questions
Minutes after pledging to not lie, the new White House press secretary lied a whole bunch