Love it or hate it, season 3 of The Good Place is taking us somewhere new (again) 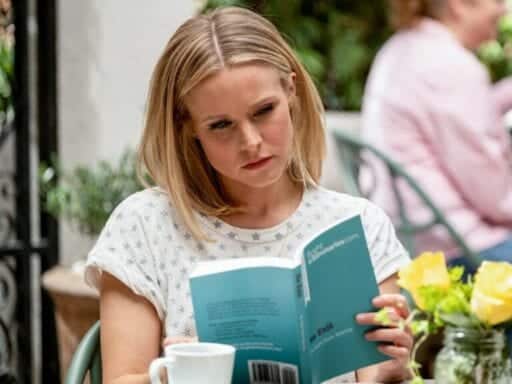 With “The Snowplow,” the series gets ready for another reset.

Todd VanDerWerff: I love The Good Place. I was on board even back in season one, when some of my critical brethren didn’t feel like it hit the highs of creator Mike Schur’s previous series, Parks & Recreation. Its second season struck me as a near-perfect whirligig of a TV season, constantly yanking the rug out from underneath itself and hoping its fall wasn’t too brutal.

I say all of that to presage the following statement: Four episodes into season three, I’m not quite on board with what it’s trying to do. It’s certainly been frantic and frequently funny. But the story occasionally feels to me like the show is moving things around in a desperate attempt to find a new configuration that will carry it forward into the future. It introduces new dynamics — Trevor is joining the Brainy Bunch! — then immediately discards them before it’s done having fun with them.

Yet all of this is exactly what season two did as well, and I thought that was pretty brilliant. So maybe I’m a hypocrite. Or maybe there’s something deeper going on within the series that is fueling this very slight disconnect I’m feeling. (To be clear: The Good Place is still one of the best shows on TV.)

Take “The Snowplow” — season three’s fourth episode produced, though only its third to air, since the first two aired as a single hour — which keeps rocketing through time, seemingly to get The Good Place caught up to the present day. (The show’s “reality reset” occurred somewhere in 2016 and is vaguely blamed for how weird the world has gotten of late — as good an explanation as any.)

Like a lot of this season so far, its need to hyper-speed the story to the point where all of the characters can be in the same room together feels like narrative busywork, designed to just keep the wheels turning, so the episode can reach that final moment when Eleanor and company come across Michael and Janet’s magic portal in the wine cellar.

I know you’re loving this season, Karen, so tell me what I’m missing. I am fully ready to admit it’s just my own silly nitpicking of story structure, etc., which makes me no fun at parties.

Karen Han: Honestly, I don’t know that you’re missing anything at all! Yes, I still love everything the show’s doing, but I’ve definitely felt like the third season is a different beast. Though the overall structure is the same — our heroes are in a single space and watched over by Michael and Janet — the fact that they’re on Earth instead of in the Good/Bad Place has totally changed the game.

There’s a weird inverse going on in that Earth is a wider space than the fishbowl of the afterlife, and yet the fact that these characters are no longer so completely influenced by the supernatural and have to live their own lives makes it feel like the show is no longer building outwards, as per the endless possibilities of the Good/Bad Place, but building inwards.

Or at least, that’s the case when it comes to the stories of Eleanor, Chidi, Tahani, and Jason. I think the key to the first few episodes of the season so far is that the constraints of telling the story on Earth have effectively put Michael (and Janet, to a lesser extent) in the driver’s seat of the show. Every core character has gone through significant personal changes since the show began, but the only character who’s really experienced lasting change is Michael, especially since he hasn’t gone through a reset.

When I think about how the show has progressed, I think most about Michael, and not just because I love Ted Danson. His running interference on Earth is the natural extension of his gradual humanization, especially as it demands that he literally pretend he’s human.

That said, I agree with you that it feels like The Good Place is trying to figure out how to move forward. That it’s gotten this far is impressive enough — it wheeled through so many twists in the first few episodes of season three alone — not to mention staying at that level of inventiveness. Whether or not it’s worked, you have to agree that it’s still just as impossible to predict where the show is going next.

Todd: One thing I find fascinating about The Good Place is how it feels like Schur is effectively subtweeting himself about some of his storytelling tendencies. In particular, it feels like his shows often become trapped by cartoonish antagonists and conflicts the longer they run. Schur loves to tell stories about what are essentially functional friend groups, but that means that even minor conflicts — like the difference in political philosophy between Leslie Knope and Ron Swanson on Parks — get smoothed out by season three or four.

But, like, The Good Place is at least partially set in Hell! Even if the demons are cartoonish and over-the-top, they’re still ostensibly there to either tempt humans or to punish us for giving in to their temptation. And yet most of season two was spent turning Michael, the show’s chief demon and antagonist, into a friend of Eleanor and company, to the degree that he’s now risked heaven and Earth to prove that bad people can become good.

Don’t get me wrong: This is necessary for The Good Place to continue. It can’t just be about the characters getting stuck in endless Bad Place/Good Place loops that they are unable to escape from. And the show needs, on some level, to bring the characters back to Earth to give legitimate stakes to its ethical and moral arguments. (When they’re in the afterlife, all of those stakes are a little less concrete, since they’re in a place that viewers aren’t.)

But the thing about a show like this is that we also want to see the characters all in the same room together. It’s more fun if Eleanor and Michael can bounce off of each other, or if Janet and Jason can, or whatever. So The Good Place is simultaneously trying to build up new antagonists, while racing through plot so quickly to get everybody back together that its antagonists almost immediately get removed from the premises. I’m no fan of Trevor, but a season — or even just a longer arc — featuring the character as the demon on the group’s shoulder might have had a little more meat to it.

Sigh. Again, I think The Good Place is really having the time of its life, and I am very excited to see what happens once Eleanor and her friends find out how Michael and Janet have manipulated reality to help them out. But it feels like the story has rebooted itself so many times already this season that I’m grasping for something to hold on to.

I suppose we should talk about “The Snowplow” in particular, and how Schur and his team seem to be trying to deny themselves another Schur storytelling favorite — lots and lots of romance. What do you think of the many, many story developments in this episode, and/or the least handsome Hemsworth?

Karen: I guess it comes back to there not being a whole lot to hold onto in that I enjoyed “The Snowplow” but am fairly ambivalent about what happened in it. (I feel like I’m now talking myself into liking this season less, but anyway.) There’s an undercurrent of romance to the proceedings — Janet still loves Jason, Chidi and Simone are very sweet — but it’s a lot less fraught than anything we saw in the previous two seasons, like Eleanor and Chidi dancing around the realization that they’d fallen in love in some iterations of the Good Place experiment.

It’s all chill in a way that I don’t mind. And to sort of return to a broader argument — in line with my positing that showcasing Michael’s development is part of season three’s bigger picture — I think that Simone’s addition to the group is significant not just in gumming up the romantic works. It’s significant in adding a character who really doesn’t have any stake in the Good Place.

She’s never had to deal with reincarnation or tallying up her points or making friends with a demon. She’s unaffiliated, which is an alignment that I think is largely missing in terms of filling out the characters’ Earth-bound lives.

The same goes for the poor fourth Hemsworth, though to a significantly lesser degree, as I feel like his whole concept is funny for a second but wears out its welcome pretty quickly. He also feels disposable in a way that Simone and Trevor don’t (even though Trevor got taken off the board very quickly). He falls into the category of what you call “narrative busywork,” since he mainly seems to exist to push everyone back into the same room at the engagement party. I feel a little bad in saying that, since his whole thing is that he feels like he’s expendable, but I gotta tell it like it is.

The engagement party is, I think, a good scene, because even though Schur does tend to create shows that generally lack serious conflict within the core group and don’t feature any real antagonists (even Jake Peralta’s archnemesis on Brooklyn Nine-Nine might as well be his best friend), he doesn’t shy away from heavier emotional moments.

Eleanor working through her feelings as to the potential end of the study group is great, to the point that its impact isn’t lessened too much when the discovery of the basement portal suggests that they won’t be separated after all. Her feelings aren’t any less valid for being possibly premature.

Anyway, it seems like we’re due for another reset, which I think may lead the show into the more solid territory you (and I!) crave.

Todd: Wow, way to only heighten the fourth Hemsworth’s feelings of inferiority, Karen! I never knew you to be so cruel!

You mentioning Eleanor’s fear of separation made me think of something that could be tripping me up a bit: Emotionally, I’ve spent two seasons and change with these characters. But they’ve spent much less time together, from their point-of-view. The plot resets keep wiping out some of the character progress.

While The Good Place has been smart about finding ways to underline that fact for us, we’re still here in a reset that is inevitably going to be a permanent one. Like, Eleanor and her friends have existed for centuries, counting all of those resets early in season two. But they don’t know that, and if they found out, the show would immediately become very different.

I guess what I’m saying — and what you’re saying — is that season three is by far the most “wait and see” season The Good Place has had yet. And trust me: I love this show enough to wait and see. But with every episode that rolls by, I realize a little more just how high the bar The Good Place has set for itself truly is. I hope it has its very best track shoes on, because it’s gonna need them.

“I’m deeply ashamed”: Another Facebook employee resigned in protest over the company’s handling of T...
The US is on the verge of the biggest anti-money-laundering update in years
Trump really doesn’t want Republicans to lose another special election
Jane the Virgin’s joyous series finale is a perfect hour of television
Papadopoulos given 14-day sentence as part of the Mueller investigation
The Secret History ends in incest and gunshots as Vox Book Club’s May pick draws to a close