Madonna’s VMAs “tribute” to Aretha Franklin was all about Madonna 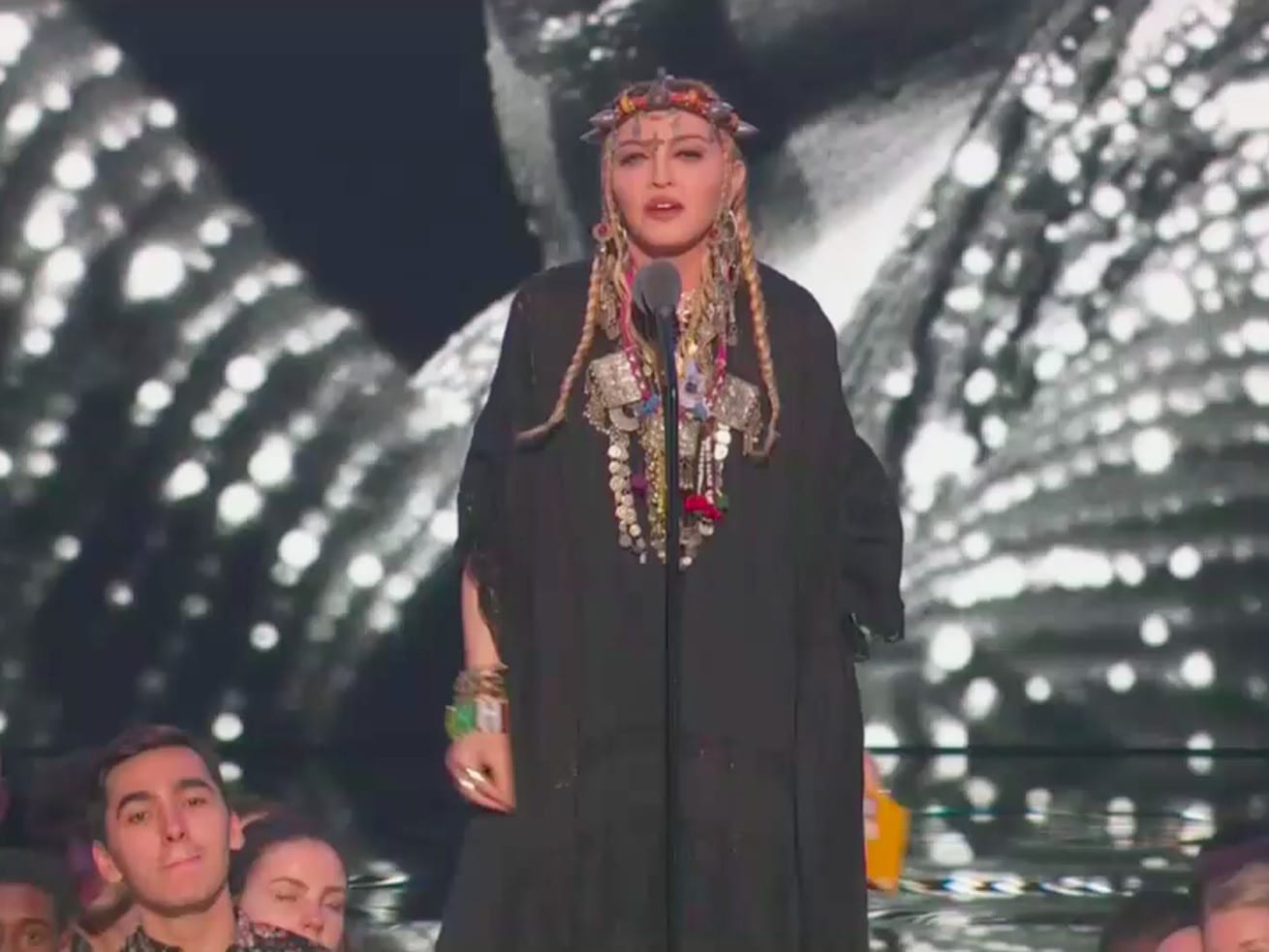 Madonna gave no respect to the Queen of Soul — and viewers weren’t having it.

In the days since the death of Aretha Franklin, we’ve seen numerous moving tributes to her legacy, including Ariana Grande’s tremendous performance of “Natural Woman.” But Madonna’s attempt to pay her R-E-S-P-E-C-T to the Queen of Soul at the 2018 MTV Video Music Awards was not among them.

Instead, Madonna made Franklin’s “tribute” primarily about Madonna, in an awkward, overlong speech that seemed to leave the audience slightly baffled, if not outright offended.

The actual references to Franklin in the meandering, self-aggrandizing speech were almost nonexistent, despite Madonna’s opening proclamation that “Aretha Franklin changed my life.”

What followed, though, was a rambling anecdote about being an aspiring star (complete with an aside about “getting robbed, held at gunpoint, and being mistaken for a prostitute in my third-floor walk-up that was a crack house”) that only came back around to Franklin as Madonna described (in a weird Russian accent) an early audition in which she wowed a couple of French auditors by singing “Natural Woman.” You can get a feel for the rambling nature of her speech below:

“None of this would have happened, could have happened, without our lady of soul,” Madonna eventually said, seeming to suddenly recall why she was there as an image of a young Aretha Franklin loomed behind her in silent judgment.

#VMAs: The Queen of Pop @Madonna pays tribute to the Queen of Soul, Aretha Franklin: “I want to thank you, Aretha for empowering all of us. R-E-S-P-E-C-T. Long live the queen.” pic.twitter.com/ugdxbr48Gz

While the audience at Radio City Music Hall seemed nonplussed, the audience watching from home was merciless:

Madonna’s tribute to Aretha Franklin is Madonna telling a story about herself while acknowledging she loved the “Lady Soul” album. #VMAs

Madonna talking about guitar lessons, Paris baguettes and her ass hanging out while she looked for a stiletto with the image of Aretha Franklin behind her is everything I expected from the #VMAs

And though Madonna tried, in her speech, to lampshade the cringeworthy elements of a white woman claiming Aretha as her own — “Some skinny-ass white girl is going to come up here and belt out a song from one of the greatest soul singers who ever lived?” she asked rhetorically, before saying she did just that because “bitch, I’m Madonna” — Twitter wasn’t having it.

Madonna made Aretha Franklin’s death about herself and her own musical journey, and honestly, this is some of the whitest shit I have ever seen. #VMAs

Whoever thought Madonna should do this Aretha Franklin tribute should be fired.
This is disrespectful beyond #VMAs

It’s easy to see why in theory, the VMAs thought Madonna was right for the job; she is, after all, known for what is perhaps the VMAs’ all-time greatest performance. The Queen of the VMAs paying tribute to the Queen of Soul at the VMAs? Sure, it could have worked — but only if Madonna had found a better way to, ahem, express herself.

Update: In an Instagram post Tuesday, Madonna responded to the backlash by explaining that the VMAs had not invited her to expressly deliver a tribute to Franklin, but rather to share any personal anecdotes related to her while giving out the award for Video of the Year. “I did not intend to do a tribute to her!” she stated. “That would be impossible in 2 minutes with all the noise and tinsel of an award show. I could never do her justice in this context or environment.”

Im with the Winner!! The beautiful @camila_cabello ! So proud of her! . And just to clarify: I was asked to present video of the year by MTV! And then they asked me to share any anecdotes I had in my career connected to Aretha Franklin! I shared a part of my journey and thanked Aretha for inspiring me along the way. I did not intend to do a tribute to her! That would be impossible in 2 minutes with all the noise and tinsel of an award show. I could never do her justice in this context or environment. Unfortunately most people have short attention spans, and are so quick to judge. I love Aretha! R.E.S.P.E.C.T. . I Love Camilla! Congrats! I LOVE my dress! AND. I love-L O V E!! ♥️ and there is nothing anyone can say or do that will change that. #vmas #postivevibes

The Vox guide to navigating the coronavirus crisis
A sleep expert has some tips for your quarantine insomnia
Amy Comey Barrett, Trump’s Supreme Court nominee, has a years-long record of ruling against immigran...
A young woman disappeared in Iowa. Here’s why President Trump got involved.
Brett Kavanaugh’s high school calendar doesn’t prove anything — except that he partied
Stephen King’s confusing tweets about diversity missed a larger point about the Oscars