Manafort is cooperating with Mueller. 8 legal experts explain what that means for Trump. 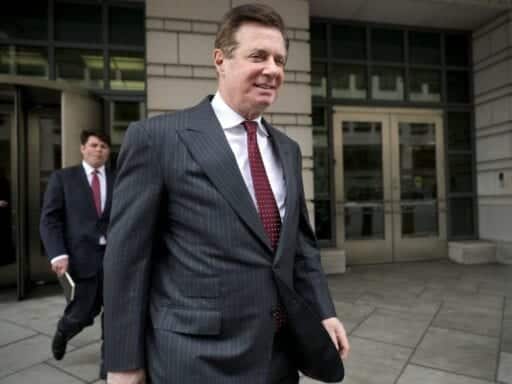 The president’s former campaign manager pleaded guilty in court on Friday to two felonies — conspiracy against the United States and conspiracy to obstruct justice. Part of Manafort’s plea deal includes an agreement to cooperate with special counsel Robert Mueller’s Russia probe — including offering interviews and briefings to the special counsel’s office, handing over documents, and testifying in other court proceedings.

It’s not clear why Manafort agreed to flip after a year of refusing to do so. Nor do we know the extent of Manafort’s cooperation, or what he actually knows about Trump and any possible collusion with Russia. But Manafort’s cooperation is still a big deal, since he was one of the first people Mueller targeted.

So how worried should Trump be? And how does Manafort’s cooperation impact the Mueller probe? To find out, I reached out to eight legal experts.

Their full responses, edited for clarity and style, are below.

A plea agreement at this stage makes a great deal of sense for the Mueller team and for Manafort. Both benefit from avoiding the imminent trial, and the development was anticipated. What comes as more of a surprise is the cooperation component of the agreement. There is but a small cast of characters, with the president at the center, against whom Manafort could “successfully cooperate” with information prosecutors would value.

Perhaps Manafort has again hedged his bets, hoping to mitigate his situation or precipitate a pardon. Perhaps the cooperation he has promised will prove dishonest or incomplete. But he has at least indicated that he can offer damaging evidence, or there would be no cooperation deal at all. That does not augur well for the President.

The Manafort shoe has dropped. Today’s plea agreement, aimed at resolving the two federal criminal cases against Manafort, hinges on his full cooperation with Mueller’s investigation. At the plea hearing, that cooperation was said to encompass briefing prosecutors, producing documents, and testifying in other proceedings.

Those proceedings well might go to the heart of the Mueller’s inquiry into, to quote the terms of Mueller’s mandate, “any links and/or coordination between the Russian government and individuals associated with the campaign of President Donald Trump.”

Given Manafort’s long association with Trump — which includes serving as presidential campaign manager and attending a 2016 Trump Tower meeting with certain Russians — Manafort’s cooperation promises to be a major boost to Mueller’s investigation.

“Manafort at least indicated that he can offer damaging evidence, or there would be no cooperation deal at all. That does not augur well for the President.”

Prosecutors can use cooperating defendants in a number of ways. The most traditional use is the calling of a cooperator at a co-defendant’s trial to give testimony, which is how the government used Rick Gates in Manafort’s first trial.

Cooperation also assists the Mueller team in terms of optics and momentum: Those who committed crimes in concert with Manafort are now on notice that a co-conspirator has decided to “spill the beans.” Accordingly, Manafort’s cooperation agreement may well induce other targets to come forward with evidence and seek the benefits of a cooperation agreement.

It’s important that Mueller has continued to make sure that a presidential pardon won’t save Manafort. Manafort is pleading guilty to only two charges, conspiracy and witness tampering, but he is conceding to the other facts in the “criminal information,” which establish money laundering and mention the money laundering statute. So Manafort would still face slam-dunk state charges for money laundering, bank fraud, state tax fraud, and other crimes if he were to receive a presidential pardon (which affects only federal crimes).

I’m wondering what Manafort has told Mueller as part of this deal. Manafort is still giving up a lot in this deal, forfeiting millions in assets, which probably cannot be returned by a pardon, either. But he may get reduced sentencing for cooperation.

I’m most focused on two episodes. The first is the Trump Tower meeting in June. Does Manafort have information that Trump knew about the meeting in advance? I’ve written before that such advance knowledge would be the key step in establishing felony conspiracy against the United States.

The second is whether Manafort played a role in changing the Republican platform on Russia and Ukraine during the campaign, and what if anything Trump may have known about it. That might be part of a quid pro quo case. And of course, there may be a lot more Manafort can tell prosecutors about Trump’s involvement. I doubt that prosecutors would make any cooperation agreement without full cooperation and without cooperation on the core Russia investigation.

It is not yet clear the extent and nature of the cooperation that Manafort will provide to the special counsel’s office, but the plea agreement is still a major step forward for the investigation of the president. Unlike the earlier convictions for tax evasions, these guilty pleas, to charges such as conspiracy against the United States and conspiracy to obstruct justice, relate to the core of Mueller’s investigation.

It also seems likely that pardoning Manafort at this point would be a significant political problem for the president. The fact that Manafort was convicted of the earlier charges at trial show that the case against him is not a “witch hunt,” and the fact that Manafort is now cooperating with Mueller will make any pardon seem like a cover-up.

Manafort’s decision to cooperate with Mueller’s investigation could represent a watershed moment for the Trump presidency. On one side, Manafort is inextricably tied to Trump. The two men go back decades. Manafort was a Trump Tower tenant. He served as chairman of the Trump campaign during the critical period related to potential campaign collusion with Russian criminal election interference.

On the other side, Manafort has deep and longstanding ties to Russian oligarchs close to Vladimir Putin and represented the interests of Russian-backed Ukrainian political entities. He was there for the many of the central events under scrutiny by the special counsel, including the June 2016 meeting at Trump tower with Russian emissaries offering dirt on Hillary Clinton and the platform change at the Republican National Convention that benefitted Russia. He will likely know what Trump personally knew about those events.

It is clear that President Trump is concerned about what Manafort might say. The president has reportedly told associates Manafort could incriminate him. And he has publicly celebrated Manafort’s previous omertà throughout Manafort’s criminal proceedings. Manafort’s plea will cap his imprisonment for these charges at 10 years, and he will get the benefit of a significant reduction if he provides robust and truthful cooperation.

Also, today’s announcement signals the end of Manafort’s semi-open campaign to obtain a pardon. It is inconceivable the president would pardon him in such a nakedly self-interested way. Now the president, like the rest of us, will have to wait to see how damaging Manafort’s cooperation will be. But he will do so knowing what of his skeletons, if any, are there to be uncovered.

The man who said he would never flip has flipped. Based on the court’s explanation of the cooperation agreement, it would appear that he has agreed to cooperate fully with the special counsel, including responding to Mueller’s questions without Manafort’s lawyer present.

This is another reason why the president and his inner circle (including his relatives) need to worry. Mueller would not have agreed to this arrangement unless he felt that Manafort has a lot of relevant information to provide.

Everything depends on the content of the “cooperation agreement.” If, as reported, Manafort has agreed to testify in “other proceedings” and provide documents to special counsel, there is high likelihood that, given Mueller’s mandate, Manafort will provide information relevant to the investigation of Trump’s presidential campaign. But of course we still have no information about the precise content of that testimony or evidence.

KFC began offering meatless chicken at one store Tuesday. It sold out almost immediately.
The complicated origin of Instagram’s #ChallengeAccepted
Jussie Smollett indicted on 16 counts of falsifying a police report
Journalism has a trust problem. The podcast In the Dark proposes a compelling solution.
YouTube, Facebook, and Apple’s ban on Alex Jones, explained
How Chris Pratt became the internet’s least favorite Chris