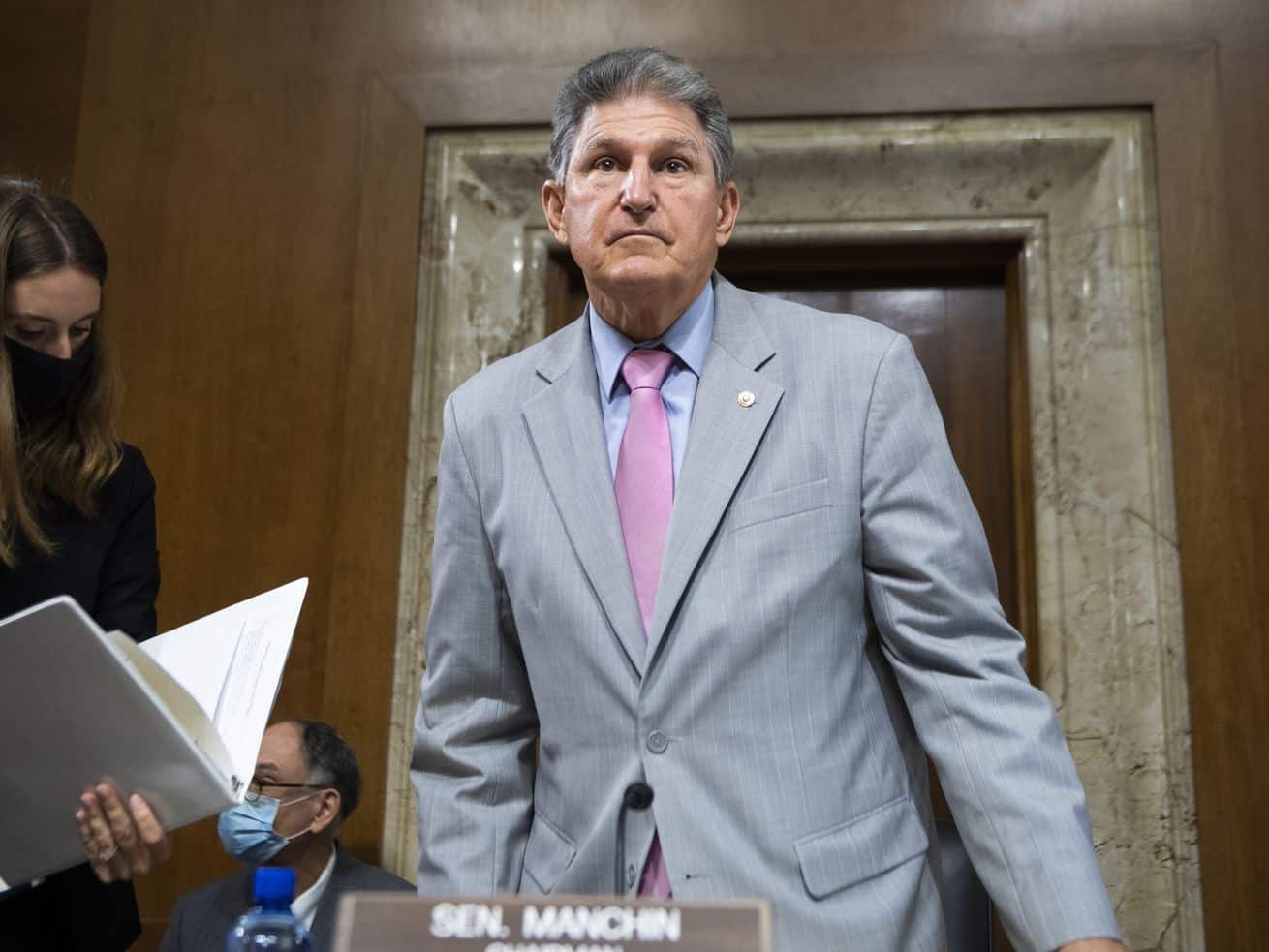 The centrist Senator is the first Democrat to oppose the creation of a 51st state.

The campaign to add Washington, DC as the 51st state always faced low odds in the Senate, but now the bill has its first Democratic detractor — Sen. Joe Manchin of West Virginia.

In a radio interview with West Virginia’s MetroNews Talkline Friday, Manchin threw cold water on the thus-far unified Democratic effort to approve DC statehood. Legislation to add the District as the 51st state passed the House last week on a strictly party-line vote, sending the bill to the Senate.

“If Congress wants to make DC a state, it should propose a constitutional amendment,” Manchin said. “Let the people of America vote.”

In the 50-50 Senate, where any bill would need 60 votes to clear procedural hurdles, the bill was likely on its way to death by filibuster anyway. But the loss of Manchin — who has also vocally stood in the way of Democrats’ plans to reform the filibuster, implement a $15 minimum wage, and President Joe Biden’s federal spending and taxation plans — stings for statehood advocates and progressives alike.

Thus far, 46 Senate Democrats have come out in favor of the bill, according to The Washington Post, as well as President Biden. Three have yet to take a stance, though one, Sen. Jeanne Shaheen (D-NH) previously cosponsored a DC statehood bill. And Manchin is the only Democrat in the ‘no’ column.

Manchin argued that reports from the Justice Department under the Reagan and Carter administrations demonstrate that DC must be added as a state by constitutional amendment. He pointed to the 23rd amendment, ratified in 1961, which permitted DC residents the right to vote in presidential elections and granted it three electoral votes in the electoral college, as standing in the way of statehood via congressional action.

He went on to say he would not support unilateral congressional action on the issue, and said he would “tell his friends” that the matter would end up in the Supreme Court if they pursue a congressional path.

“Every legal scholar has told us that,” Manchin said. “So why not do it in the right way and let the people see if they want to change?”

All existing 50 states were added to the union via an act of Congress.

Proponents of DC statehood, including Del. Eleanor Holmes Norton (D), DC’s only representative — though nonvoting — in Congress, told Politico in a statement that Congress did not need to repeal the 23rd amendment in order to make DC a state.

Norton also took a shot at Manchin in an interview with The Washington Post, saying she had never counted on him for support, but instead was counting on electing more Democrats in order to diminish his influence.

Stasha Rhodes, the president of DC statehood advocacy group 51 for 51, framed the issue in a statement as one of racial justice, and pushed back against Manchin’s logic.

“No member of the Senate should deny voting rights to 700,000 mostly Black and Brown Washingtonians based on a flimsy understanding of the Constitution and American history,” Rhodes said. “A DC statehood law is clearly consistent with the Constitution and the 23rd Amendment.”

But despite the voting rights and racial justice arguments for statehood, the debate surrounding it has become about partisan power — something that Manchin surely knows. As Vox’s Jerusalem Demsas has reported:

Democrats’ narrow majority was able to pass statehood legislation when it came to the House floor but now it goes to the Senate — where bills go to die via filibuster.

Despite the myriad ways statehood would benefit DC residents, the political debate has been defined by the reality that two more Democratic senators would likely be added to the Senate if DC were to become the 51st state. According to the Brookings Institution, since 2000, the Democratic presidential nominee has captured, on average, over 89 percent of the vote in Washington, DC.

In a statement to Vox, a spokesperson for Sen. Tom Carper (D-DE), the Senate bill sponsor, said the 23rd amendment was not an impediment to DC statehood and that he remained optimistic about the bill’s chances, despite the severe obstacles.

“Senator Carper remains actively engaged with colleagues on both sides of the aisle and is confident this can reach the finish line by the end of this Congress,” his spokesperson said. “With a record amount of Senate cosponsors and support from the House and White House, Senator Carper feels that the stars are aligning to right this historic injustice.”

But without Manchin, let alone 10 Republicans, it looks like adding a 51st star to the American flag will remain elusive.