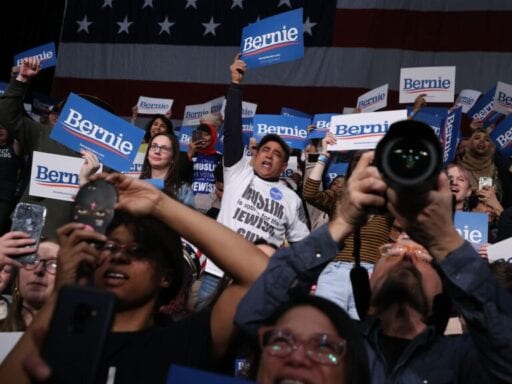 Joe Biden is hoping to strengthen his delegate lead as voters in four states go to the polls on Tuesday.

The third-biggest night of the Democratic presidential primary might take place this Tuesday, March 17.

At least three states — Arizona, Florida, and Illinois — will hold their primaries then; until this week, Ohio was set to join them, but Gov. Mike DeWine recommended Monday that the state opt to delay in-person voting over the coronavirus outbreak. Now, Ohio’s primary is in limbo, with the state supporting a lawsuit that would delay voting until June 2.

If all four states do vote together on Tuesday, they make up one of the biggest delegate-awarding days of the entire primary, behind only Super Tuesday and a still-to-come slew of Eastern seaboard primaries on April 28. If Ohio votes as scheduled, there will be 577 delegates on offer Tuesday; Florida, with 219, has the most.

Voters in those states will be confronted with a much-reduced presidential field when they head to the polls: Only former Vice President Joe Biden and Sen. Bernie Sanders are still in the running for the nomination, though Rep. Tulsi Gabbard, with two delegates, is technically still in the race.

Biden leads in the FiveThirtyEight state-level polling averages for all four states right now and is expected to claim a four-state sweep on Tuesday. In particular, Florida is expected to be a strong state for the former vice president, and Harry Enten, a senior politics analyst for CNN with a focus on polling, projects that Biden could net around 200 delegates across the four states on Tuesday. A win of that magnitude would severely imperil Sanders’s chances for the nomination.

Follow along below for Vox’s coverage of the March 17 primaries, including live results, breaking news updates, analysis, and more.

Kavanaugh likely gives SCOTUS the votes to overturn Roe. Here’s how they’d do it.
Trump responds to Ukraine whistleblower scandal with contradictions and transparent falsehoods
Vox Sentences: Don’t call it NAFTA
The Obamas’ Aretha Franklin tribute is an elegant reminder of how she united us
Vox’s guide to the 2020 presidential candidates
Law enforcement is now buying cellphone location data from marketers