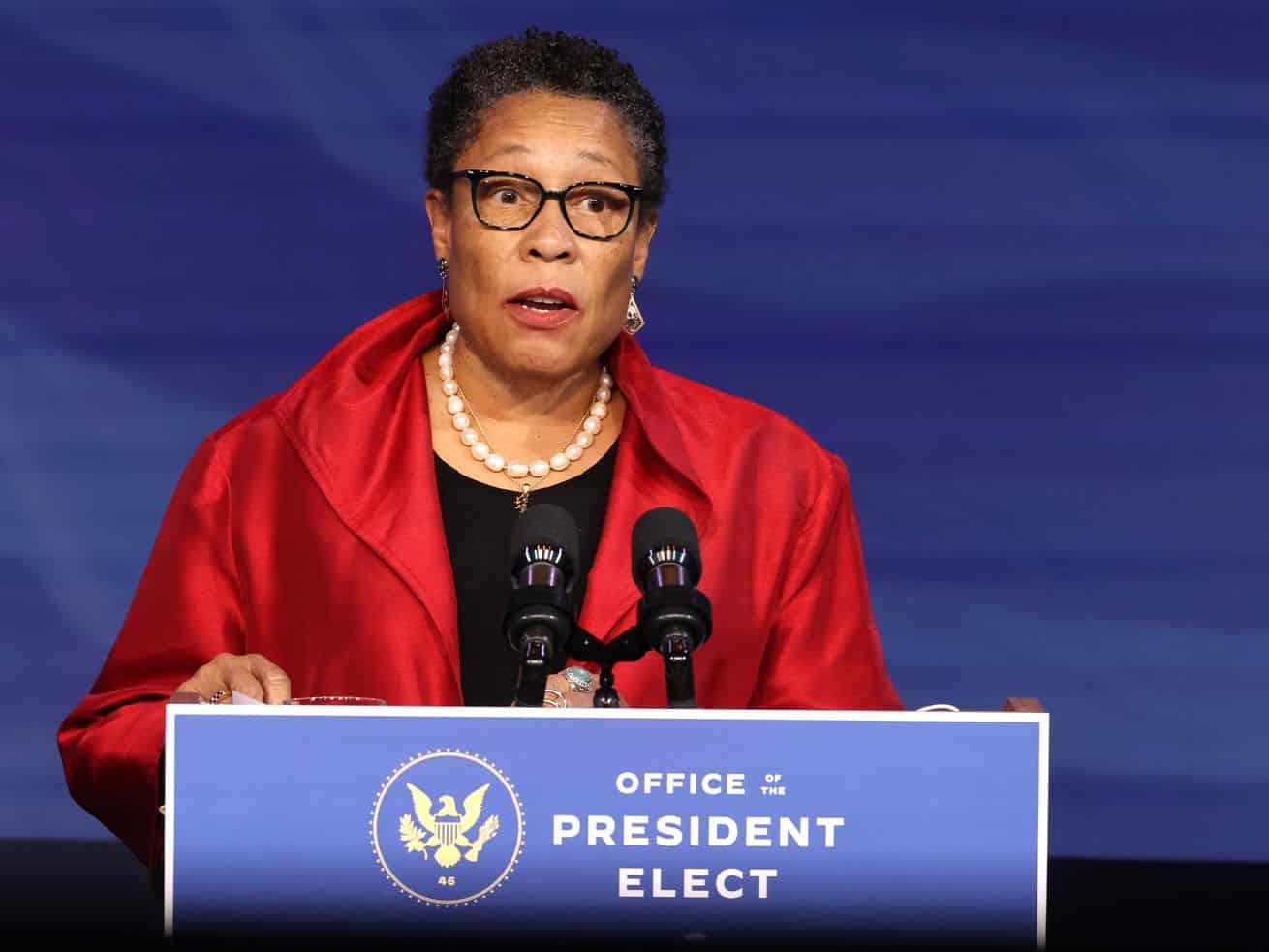 With housing crises looming, Fudge was confirmed in a bipartisan vote to join Biden’s Cabinet.

While her road to confirmation was riddled with touchy questions about her qualifications and concerns about past harsh comments toward Republicans, Ohio Rep. Marcia Fudge was confirmed Wednesday as secretary of housing and urban development (HUD) in a 66-34 vote.

America is facing an unprecedented lack of housing supply, which has pushed home prices sky-high and exacerbated its long-running affordable housing crisis. And as the pandemic has hit lower-income Americans the hardest, billions in back rent has accrued, leading to concerns about what will happen to tenants and small landlords alike in the coming months. But during Fudge’s confirmation hearing in January, some lawmakers were focused more on concerns about bipartisanship than her qualifications to manage these ballooning emergencies.

Republican senators questioned the 12-year Congress member about harsh statements she had made about Republicans. Sen. Pat Toomey (R-PA) kicked off his questioning by asking Fudge to clarify previous remarks she had made about Republicans who wanted to fill Ruth Bader Ginsburg’s Supreme Court seat; Fudge had said they have “no decency, no honor, no integrity” and called them a “disgrace to the nation.” He also asked her whether she truly believed that Republicans don’t care “even a little bit about people of color,” a statement she made while discussing police reform efforts last year.

In response, Fudge stressed her past bipartisanship and noted that while her tone may not always be “pitch-perfect,” she has a history of working across the aisle.

During her hearing, Fudge made clear she believes HUD, “perhaps more than any other department — exists to serve the most vulnerable people in America.” To that end, she pledged to expand the pool of Americans receiving assistance from the department, work to fulfill President Joe Biden’s promise to “spur the construction of 1.5 million homes,” and end discrimination in housing.

Fudge will be the second Black woman to lead the department and the first in decades, a distinction shadowed by her remarks prior to her nomination when she noted to Politico that Black people have frequently been relegated to “Labor or HUD” and that she would prefer to lead the Agriculture Department. (Biden chose Tom Vilsack to lead the latter.)

These remarks led Rep. Patrick McHenry, the Republican leader of the House Financial Services Committee that oversees HUD, to criticize Fudge as having “no experience with housing policy” and warn that “the housing needs of Americans are too great to appoint someone who is accepting this position as a consolation prize.”

While Fudge has not been focused on housing issues as a public official, as a former mayor of a town outside of Cleveland, she had to reckon with an aging housing stock that undermined the city’s economic growth and the wellbeing of its residents.

She will now have to face such problems on a much wider scale.

Biden made big promises on the campaign trail about his commitment to enforcing fair housing and endorsed major legislation that has the potential to spur billions in economic growth and improve opportunity across the board. Fudge will have a big role to play in turning those promises into reality.

One of the first challenges Fudge will face is managing the roughly 8,000 employees that work at HUD, a department that many housing experts say has historically been underfunded.

A 2018 report by the office of the inspector general reported “constant turnover and extended vacancies in many of HUD’s most important political and career executive positions have created leadership gaps, which have led to poor management decisions and questionable execution of internal business functions.”

Moreover, staffing levels, which the report notes had reached their peak in 1991, had fallen more than 49 percent since that time. And from 2008 to 2018, HUD had lost 18.5 percent of its full-time permanent staff despite the total government-wide workforce rising 11 percent.

Administering the fair housing policies and other priorities Fudge championed during her hearing will require hiring a lot more staff and instilling confidence in the career workers who are responsible for day-to-day administration and oversight.

Biden made clear promises on the campaign trail to take on America’s affordable housing crisis and eliminate local rules that entrench segregation and reduce economic opportunity. Doing so will require scaling up operations like HUD’s Fair Housing and Equal Opportunity office, which a HUD official tells Vox fell from 612 on-board staff in 2010 to roughly 539 today. It will also require additional funding from Congress.

Bolstering staffing is a sign that Biden and Fudge are serious about taking on the compounding housing crises that have undermined the lives and livelihoods of millions.

California becomes the first state to send all voters mail-in ballots for November election
What to expect at the fourth Democratic debate
Sharp Objects’ most obvious suspect may not be the murderer, but she’s still dangerous
The quiet end of the Medicaid private option
Biden’s hesitancy about Trump receiving intelligence briefings, briefly explained
80 percent of those who died of Covid-19 in Texas county jails were never convicted of a crime