Margaret Atwood, a Scorpio, reads palms and does horoscopes 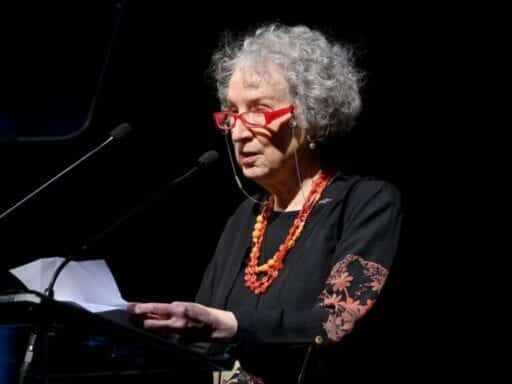 Welcome to Vox’s weekly book link roundup, a curated selection of the internet’s best writing on books and related subjects. Here’s the best the web has to offer for the week of November 24, 2019.

“According to Amazon’s own records, the risk of work injuries at fulfillment centers is alarmingly, unacceptably high,” said David Michaels, the former head of the federal Occupational Safety and Health Administration, who is now a professor at George Washington University’s public-health school. “Amazon needs to take a hard look at the facilities where so many workers are being hurt and either redesign the work processes, replace the top managers, or both, because serious-injury rates this high should not be acceptable to any employer.”

Yes, it is less convenient than Amazon, with its one-click ordering, but poring through the offerings on a small or university press publisher’s website is enjoyable in and of itself, as you may be introduced to books you previously didn’t know existed. Often, these publishers have special holiday codes, which sometimes more than offset whatever discount or free shipping Amazon supplies.

Flynn loaded the book, about a marriage in which the wife disappears (because, we eventually learn — spoiler! — she faked her own death), with devices that seemed avant-garde at the time but are now staples for the prestige thriller: unreliable narrators, structural twists, and a treatment of women’s lives as being equally as exciting, unpredictable, and nuanced as men’s. “I’m proud [that it] reminded people the domestic sphere doesn’t have to be [limited to] frothy, light topics,” Flynn says. “Things in the domestic sphere being about women and less worth our attention — that idea is absolutely not true. So I love that there’s now the term domestic thriller.”

While some people are scrambling to collect log-ins for Netflix, HBO Go, Hulu and, now, Disney Plus, Sarah Jacobsson Purewal is working on a different kind of hustle. She signs up for any public library that will have her to find and reserve available e-books.

“I’m a member of every library in California that allows me to be a member as a resident of the state,” said Jacobsson Purewal, before rattling off a list of cities: Los Angeles, San Jose, San Francisco, Oakland, San Diego.

Every day, as soon as the manager, Troy Chatterton, opens the door, customers rush into Three Lives as if for a fix of a singularly restorative oxygen. Troy feels like a kind of throwback, a 21st-century version of a true Greenwich Village book guy — welcoming, cool, well read with wonderful stories about visits to Three Lives by the likes of Edmund White and Oliver Sacks. I like to think of Three Lives as a secret garden hidden from the city streets with Troy as the custodian.

The reactions of my family and friends did nothing to bolster my spirits when I told them I’d been shortlisted. Responses ranged from, “Wait, is that a joke?” to my mother’s hushed silence, followed by, “I’m so sorry, darling.” Witty quips followed like, “better than being overrated” or “don’t underrate being underrated”. Then the mental cogs would slowly turn and they would say, “hey, that’s actually a good thing!”

It was clear from Didion’s writing that not only was she allergic to ideology, which she avoided like a virus in most of her work, but her ways of thinking and of expressing herself were unlike anyone else’s. In a 2005 essay in The New York Review of Books, John Leonard recalled how startled he was, in the sixties, by Didion’s syntax and tone: “I’ve been trying for four decades to figure out why her sentences are better than mine or yours . . . something about cadence. They come at you, if not from ambush, then in gnomic haikus, icepick laser beams, or waves. Even the space on the page around these sentences is more interesting than could be expected, as if to square a sandbox for the Sphinx.” Still, in “A Book of Common Prayer,” Didion tried to close the gap between herself and others, to write about the responsibility inherent in connecting.

I wish we could do a palm reading.

Just a quick one. [Takes interviewer’s hand.] Sometimes you have to work at holding it together emotionally, Molly.

You do, or you will. You’re right-handed?

Okay. Heavy artistic interest on the right hand but, oddly enough, not on the left one.

You’re quite stubborn. You don’t care about wallpaper, Molly. Just not as much interest to you.

Pretty focused on your main drive, which is your quite strongly marked career line. We could go into great details, such as your fingerprints, if I had a magnifying glass. How long before you take over the world, Molly?

This week in books at Vox, we looked at Tana French’s literary thrillers and why they are so, so good. As always, you can keep up with all our books coverage by visiting vox.com/books. Happy reading!