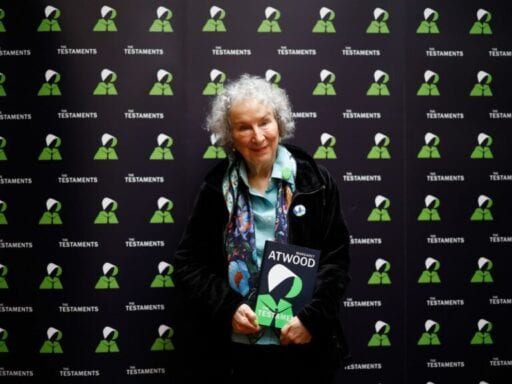 Share
Loading...
Margaret Atwood poses during a photocall following the release of her new book The Testaments, in London on September 10, 2019.  | TOLGA AKMEN/AFP/Getty Images

Welcome to Vox’s weekly book link roundup, a curated selection of the internet’s best writing on books and related subjects. Here’s the best the web has to offer for the week of September 8, 2019.

A few years ago, as we were working on the final draft of my novel, Susan stopped at a crucial moment and asked what a minor character was thinking. I said I didn’t know.

“Of course you do,” she replied. And just like that I saw the scene, heard the dialogue. It was so vivid that I picked up my computer, found an empty desk and spent the next half-hour putting it all down. When I went back to Susan’s office, she read the pages and said triumphantly, “I knew you knew.” But the truth is that I don’t think it would have come to me had Susan not pushed so hard, been so relentless.

Several Dickinson scholars have expressed to me their frustration with Harvard’s policies. It is a topic frequently whispered about in Dickinson studies, but some avoid speaking publicly for fear of reprisal. Critics who spend their entire careers citing Dickinson cannot risk losing permission to do so. One tenured Dickinson scholar who wished to remain anonymous wrote to me, “Frankly, this topic makes me very nervous!” The same person underscored Harvard’s power to intimidate: “Please, please, I’ll tell you anything I can, but I can’t afford to be on the outs with Harvard!”

As part of a massive undertaking, the NYPL recently converted many of these records to XML format, making it significantly easier to automate the process of determining which books might be candidates for being added to the public domain, the first step in ultimately making sure they’re freely available online.

“It’s like a shoe store going from estimating shoe sales from returns and exchanges only, to having the actual sales receipts,” Redmond said. “The public domain exists, it’s just been hard to see and this project is about shining a light on it.”

She described the attempts as a “phishing exercise” that could have led to blackmail or identity theft.

”It was a commercial venture of a robbery kind,” Atwood said.

”What would they have done with it if they had succeeded? They might have said, ‘We’ve got the manuscript, and we’re putting it up online [unless you] give us your credit card details’. Or they might have said, ‘Read this excerpt and download it. And if you downloaded it, a virus would have stolen your information’.

The first factor in deciding the size of the book is looking at the user of this object, which—as far as I can tell—is 100% humans. We read by flicking our eyes back and forth over the text (“saccading”), and our eyes can only handle a certain length of line: too long and they get lost on the way back to the next line; too short, and we waste a lot of time and distract ourselves by flicking between lines too quickly. In The Elements of Typographic Style by Robert Bringhurst, he sets this limit at 45–75 characters per line, with 66 being ideal. This is the same reason that wider publications, like newspapers and magazines, set text into columns, although they have their own standards of what a perfect line length is.

Both English and German critics [remarked] on how remorselessly the French reduced any foreign text, however idiosyncratic, to their own way of writing. It was understood at once that this kind of radical domestication had to do with the confidence of French culture, though philosopher and critic Johann Gottfried Herder (1744–1803), biblical scholar Friedrich Schleiermacher (1768–1834), and German language scholar Wilhelm von Humboldt (1767–1835) all believed it prevented the French from learning anything at all from the many translations they made.

In the condolence card I sent my friend, I may have used a phrase I was taken with at the time: “There are no words.” I used to write this when someone I loved had lost someone they loved, because it made a sort of sense.

I don’t perceive this statement as consolation any longer.

These are difficult words to reach for in my language.

Meanwhile, this week at Vox, we reviewed Gideon the Ninth (it’s about lesbian necromancers in space, and obviously, it’s perfect). As always, you can keep up with Vox’s book coverage by visiting vox.com/books. Happy reading!

Beto O’Rourke pulled in a massive fundraising haul — and 2020 competitors are noticing
Edie Falco will always tell you exactly what she thinks, like it or not
The 5 most important questions about carbon taxes, answered
2 women were detained solely for speaking Spanish. Now they’re suing the Border Patrol.
How to travel during the international coronavirus outbreak
Yes, people who’ve had Covid-19 can still benefit from the vaccine