Match may have misled users with messages from fake dating accounts 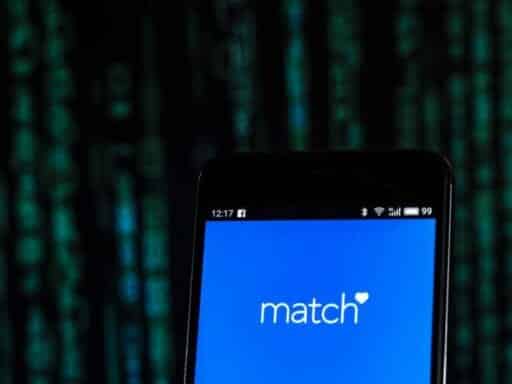 The FTC alleged that Match.com used deceptive email marketing tactics to entice users to subscribe to the service.

The Federal Trade Commission is suing Match Group, the online dating company that owns Match.com, Tinder, and Hinge, for allegedly using misleading advertisements to convince hundreds of thousands of Match.com users to subscribe to the service.

The complaint, which was filed Wednesday, outlines five “deceptive or unfair practices” Match Group reportedly engaged in, which includes misleading customers in “a confusing and cumbersome cancellation process,” and guaranteeing some users a free subscription renewal but failing to disclose the terms of the offer. It also alleges that Match relied on deceptive email marketing tactics whereby some users were coerced into signing up for the paid service under false pretenses.

The dating company intends to challenge the FTC in court, according to a company statement. Match argues that “fraud isn’t good for business” and that it has always been committed to rooting out malicious activity from its services.

“The FTC has misrepresented internal emails and relied on cherry-picked data to make outrageous claims and we intend to vigorously defend ourselves against these claims in court,” the statement reads.

According to the complaint, free Match.com users were sent automatic emails whenever an account “Liked,” favorited, or messaged them. The emails encouraged users to subscribe to view the sender’s identity — except when they did subscribe, some users would find either a message from a fake profile or a profile marked “unavailable.” An unavailable profile could mean that a user had left the service or that Match.com had deactivated the account for fraudulent activity.

The FTC said that between June 2016 and May 2018, nearly 500,000 users purchased Match.com subscriptions within 24 hours of receiving a fake message.

“We believe that Match.com conned people into paying for subscriptions via messages the company knew were from scammers,” said Andrew Smith, director of the FTC’s Bureau of Consumer Protection. “Online dating services obviously shouldn’t be using romance scammers as a way to fatten their bottom line.”

Match maintains that email messages exchanged by users have an extremely low fraud rate — less than 1 percent since 2013. Still, the online dating world is fraught with fake bots and spam accounts; over time, dating services have found algorithmic solutions to curb their proliferation. Match says that it catches around 85 percent of improper or fake accounts within the first four hours — before they’re even active.

On swiping apps like Tinder, which allow paid and non-paid users to match and message each other, it’s much easier to determine if the person you’re talking to is a spam account or a bot. They’re typically promoting random services or encouraging users to switch to other platforms, and users have the simple option to report and block them. Tinder and its ilk — Bumble, Hinge, CoffeeMeetsBagel — are free for users, although there is the option to pay for them.

As Rebecca Jennings wrote for The Goods, these apps are applying to dating services the freemium pricing model used in online games. “They’re free to use, but the psychology of gaming suggests that the more you use them, the more tempting it is to advance to the next level. When it comes to online dating, however, the reason people choose to upgrade to the payment models are far more varied than with a typical gaming app.”

However, the premise of a service like Match.com — which requires users to fill out in-depth profiles and answer questions about lifestyle choices like religion, sex, and politics — is to get people to subscribe for a higher-quality dating service catered to their preferences.

Although Match.com, which went live in 1995, does offer free membership, the options are limited. Free users can browse profiles, search for and view matches, but they can’t send messages to everyone. The site offers a seven-day free trial or a six-month subscription with an additional six months free guarantee, provided users don’t meet anyone within their first subscription period. (The FTC alleges Match misled customers with that guarantee.) The subscriptions range from $23.99 a month for 12 months to $31.99 a month for three months.

Members on the site lean older than those on Tinder and Bumble: Only a quarter of users are under 30, nearly half are ages 30 to 49, and the rest are older than 50. Match’s statistics also suggest that the “50+ age group” is the site’s fastest-growing demographic. Older people are more susceptible to financial exploitation, according to a 2015 research paper. The paper found that social isolation, which dramatically increases with age, puts them at risk not only from scammers but from companies that see them as an untapped market.

Match says that the FTC’s claims of fraudulent accounts are “baseless.” The service eliminated its instant messaging option two years ago and more recently nixed its favorites button in order to channel most communication toward email. However, this isn’t the first time Match.com has been entangled in legal controversy.

A class action lawsuit filed in 2010 alleged that Match.com kept thousands of inactive and fraudulent profiles on the site to boost its numbers, thereby misleading customers of their actual chance of finding a partner. At the end of 2009, Match reported that it had 1.3 million subscribers to its network, a number the lawsuit disputes. A judge later found that Match.com didn’t breach its user agreement, but plaintiffs hoped to recover the subscription fees they had paid.

The company has aggressively defended its position in the face of previous consumer lawsuits and FTC claims. In 2010, a Match.com spokesman told the Washington Times that the claims “have no merit” and said that similar claims had previously been dismissed by a federal judge.

Match didn’t reach a resolution with the FTC in a $60 million settlement offered last November, according to a company statement. The online dating giant is preparing to challenge the claims in court so there’s no definitive answer yet as to whether Match targeted customers in their pursuit of love.

5 winners and 2 losers from The Bachelorette’s “bubble” season premiere
How Schitt’s Creek became one of TV’s most beloved comedies
How Trump intensified the GOP’s war on reality
The Paris agreement is five years old. Is it working?
The war on Muslims
The real differences between the 2020 Democrats’ health care plans, explained