Meghan and Harry are taking a break from their royal duties. This isn’t surprising. 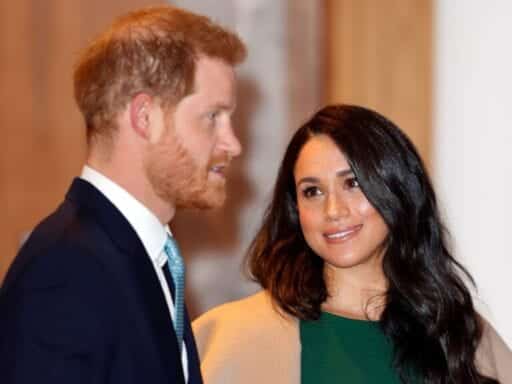 Share
Loading...
The couple plans to split time between the US and UK during their six-week break. | Max Mumby/Getty Images

The Duke and Duchess of Sussex are taking six weeks off starting in November with their son Archie.

Meghan Markle, the Duchess of Sussex, has been a prime target of the British tabloids since she started dating Prince Harry in 2016, and the coverage has only intensified after her wedding and throughout her pregnancy. Seemingly every facet of Meghan’s personal and public life has been scrutinized, from her outfit selections to her relationship with her estranged father to how she’s chosen to raise her son Archie.

In a recently released documentary with British television network ITV News, Meghan discussed the emotional toll that came with this intense media attention. The documentary, which aired in the United Kingdom on Sunday, follows the Duke and Duchess of Sussex on their 10-day tour of Africa with Archie in September. Shortly after it aired, several news outlets reported that Harry and Meghan are planning to take six weeks of “family time” away from their royal duties in November. A royal source told CNN that it’s likely the couple will split time between the UK and the US.

Meghan told ITV’s Tom Bradby that she felt vulnerable during her pregnancy, which was made “really challenging” with the constant media attention.

Perhaps the key moment in my interview with Meghan tonight. pic.twitter.com/grIsq7f5QX

“So if you add this on top of just trying to be a new mom or trying to be a newlywed, it’s … well, also thank you for asking because not many people have asked if I’m okay,” Meghan said. “But it’s a very real thing to be going through behind the scenes.”

When Meghan’s interview clip was first posted on Friday, many people expressed sympathy and even shock at how sad she appeared to be. The hashtag #WeLoveYouMeghan began trending on Twitter, and some users condemned the British press for its coverage of the duchess.

I am very moved by that video of Meghan Markle. The pain in her eyes. I feel so much empathy for her and just want to reach out in friendship. I cannot imagine how hard it must be to deal with the British press and the monarchy while just trying to live.

Meghan told Bradby that she, as an American, didn’t expect the treatment she would receive from the British press. Her British friends had warned her about the intense tabloid culture and how it would “destroy [her] life” if she decided to wed Harry.

“The biggest thing that I know is that I never thought that this would be easy, but I thought it would be fair,” Meghan said, adding that there are “untrue” articles published about her. That’s “a different beast” she’s been forced to face, she said.

“The biggest thing that I know is that I never thought that this would be easy, but I thought it would be fair”

Shortly afterward, Harry issued a formal statement that denounced the press’s coverage of Meghan and the harassment she’s faced since stepping into the limelight. The statement did not specifically name any publication, but it clearly condemned how Meghan was publicly characterized and addressed the coverage’s “racial undertones.”

According to Harry, some of this abuse was not made public, such as “the substantial bribes offered by papers to her ex-boyfriend, [and] the bombardment of nearly every friend, co-worker, and loved one in her life.”

Kensington Palace has issued a statement this morning about the harassment currently being experienced by Meghan Markle and her family. pic.twitter.com/EuFZ4fmUIj

The attacks against Meghan haven’t abated, although some tabloids have apologized and retracted certain articles. In early October, the Duke and Duchess of Sussex filed claims against the owners of the Sun and the Daily Mirror over alleged phone hacking. They’ve also taken legal action against Associated Newspapers, the publisher of the Daily Mail and Mail on Sunday, over alleged misuse of private information after it published the contents of a private letter Markle sent to her estranged father.

The couple acknowledged in the documentary that they’ve had conversations about living with the constant scrutiny and attention.

“I’ve said for a long time to H — that’s what I call [Harry] — it’s not enough to just survive something. That’s not the point of life,” Meghan said. “You’ve got to thrive, you’ve got to feel happy.”

For her part, Meghan told Bradby that she tried to keep “a stiff upper lip” but ultimately felt that it would be “really damaging” for her emotionally. Since officially joining the ranks of the royal family, Meghan has made clear efforts to adopt an English sensibility, while remaining dedicated to social issues she’s passionate about.

She’s has undergone formal training to prepare her to be a noblewoman and consequently toned down her personal style since taking on her new role. But she has also guest-edited the September edition of British Vogue, launched her own fashion line, and developed a new charity organization with Harry, which is separate from their previous work with the Duke and Duchess of Cambridge.

It shouldn’t be a surprise then that they’ve opted to take a break after completing their duties, even if that strays from typical royal behavior. According to the official website of the royal family, some members have speaking engagements up until mid-December.

A source in the Sunday Times said that Meghan and Harry have “a full schedule of engagements and commitments until mid-November, after which they will be taking some much-needed family time.”

“I will always protect my family,” Harry said in the documentary. But there’s only so much Harry and Meghan can do to shield Archie and themselves from a life perennially tied to the public responsibilities of the throne.

The neoconservative fantasy at the center of the Suleimani killing
Ex-Trump campaign chairman Paul Manafort ordered to jail over witness-tampering charges while awaiti...
The Trump administration expelled unaccompanied migrant children in violation of a court order
Why plexiglass alone can’t prevent Covid-19
Feds flew an unarmed Predator drone over Minneapolis protests to provide “situational awareness”
Love Is Blind shouldn’t get a second season