Meghan Markle and the long history of authenticity policing 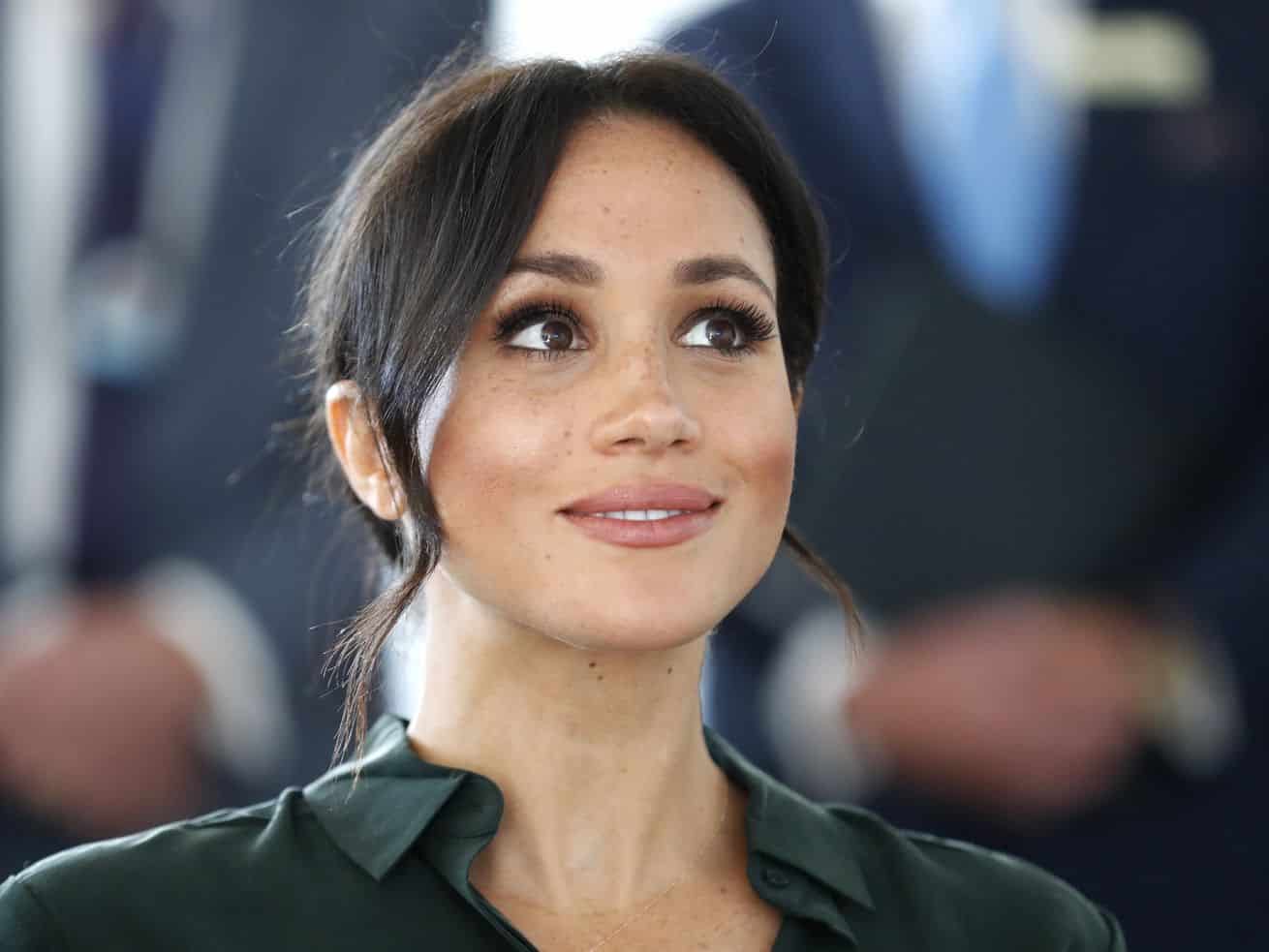 Piers Morgan and others have accused Meghan Markle of “fakery.” It’s an old charge.

While revelations from Prince Harry and Meghan Markle’s March 7 interview with Oprah Winfrey seemed to astound viewers and cultural analysts alike, the polarizing perspectives that emerged during the ensuing media firestorm were far less surprising. Some outlets lauded the couple’s bravery and candor; others blasted them for leveling “incendiary” charges at the British royal family. The public ire directed at Markle was rather predictable, too, especially given that the former actress has been the target of incessant scrutiny — and, at times, ruthless antagonism — since 2016, when the news broke of her relationship with the younger of the two Windsor princes.

Critiques of Markle’s public persona follow a well-worn script, shrouding sexist and racist character assaults in accusations of social climbing, opportunism, and above all, fakery. Some suggested she deployed techniques learned during her acting career to ramp up the interview’s dramatic appeal. American conservative radio host Charlie Kirk, meanwhile, accused her of “making it up” to garner public sympathy. Perhaps nowhere was the “fakery” allegation more vehement — or more vitriolic — than in the reactionary charges of now-former Good Morning Britain host Piers Morgan, who cast doubt on Markle’s confessions of suicidal ideations.

This is by no means the first time accusations of being “fake” have been lobbed at Markle. Last year, noted feminist Germaine Greer described her life as an “artificial world” and questioned whether her relationship was merely an ersatz performance. In other instances, questions of Markle’s authenticity are steeped in the politics of race and racism; as scholar Lisa Nakamura has argued, public figures who are deemed “ethnically ambiguous” — Markle is biracial — galvanize internet sleuths to seek out the “truth” of the figure’s identity. More pointedly, media reports canvassing her “real” racial identity (“Is she… black?!”) invoke deep-seated cultural angst about “racial passing.”

For all the hostility directed at Markle, we must not lose sight of the unabashedly gendered nature of this critique. There are elements here of both misogynoir — sexism aimed specifically at Black women — and misogyny that traverses racial lines. My own research on gendered work and labor reveals how patterned accusations of duplicity — and the critical blowback they incite — cut across professional sectors. Gaming and tech communities, for instance, systematically exclude women from masculine-coded spaces by denigrating them as “fake geek girls.” Meanwhile, one of the ways internet trolls have sought to discredit women climate change researchers is by labeling them “ugly fake scientists.”

And lest we forget how persistent gender-coded fakery accusations are in the political realm, recall that “inauthentic” was a critique of 2016 US presidential candidate Hillary Clinton.

In a cultural moment that trades in the heady ideal of “authenticity,” such truth policing is by no means new. But concerted efforts to call out fakery seem to have accelerated over the past year, spurred in part by the Covid-19 pandemic.

Many critics have homed in on the curated aspirationalism supplied by social media influencers; they are considered too far removed from the gritty realism of life amid Covid-19. In August, writer Cait Munro chronicled the rise of so-called “social media vigilantes,” such as the originator of Influencers Truth, an account that boasts more than 80 million followers. Justifying the spirited critiques that populate the site, the anonymous creator reasoned, “I think that everyone is tired of these influencers presenting a version of life that just isn’t reality.”

More recently, Vice detailed a faction of YouTubers who seem to subvert the codes of digital celebrity as pioneers of “anti-influencer influencer culture.” Accordingly, influencer behavior deemed “inauthentic” or “shady” has incited critical blowback, ranging from mockery to death threats.

Given such a cultural preoccupation with social media fakery, it is curious why so little attention has been paid to the profoundly lopsided nature of such critiques. Fakery call-outs in wider social media culture overwhelmingly focus on the activities of women; women of color — as the Markle account makes clear — are subjected to even harsher standards of “authenticity.”

In our forthcoming research on the influencer hateblog GOMI — a site founded in 2008 as a hub for anti-fans of the internet-famous — Kate Miltner, Amanda Wahlstedt, and I show how authenticity policing dominates the site, and how the targets and the critiques are unambiguously gendered. Women influencers receive intense scrutinization for self-projections deemed “inauthentic,” “duplicitous,” or “phony.” Allegations of fakery often target traditionally feminized domains: consumerism, parenting and relationships, domesticity, and, of course, beauty (many of these topics dominated Markle’s now-defunct lifestyle blog Tig). GOMI members trawl the web for evidence that an influencer has used filters or editing tools to modify her appearance.

Crucially, such angst about a woman’s ability to “fake” her visage — and, more pointedly, profit from it — well predates the rise of Instagram and YouTube. In fact, concerns about what sociologists describe as “technologies of artifice” have been circulating in one form or another for centuries. In 1657, Puritan clergyman Thomas Tuke condemned women’s use of cosmetics with the caution, “A painted face is a false face.” As scholars like Sharrona Pearl and Judith Goldstein have noted, makeup use incited fears that a woman could project a sense of self that may not represent her “real” self. Concealing one’s true identity was to commit a moral affront.

In a fascinating social history of the cosmetics industry, historian Kathy Peiss explains how makeup use during the Victorian era was associated with immorality. To use cosmetics in the late 19th century was a signal of sexual impropriety, vanity, and deception — so much so that “painted women” became a euphemism for prostitutes.

Perhaps not surprisingly, concerns about women’s powers of deception were heavily steeped in the politics of race, class, and ethnicity. The object of artifice was to emulate narrowly defined cultural prescriptions of beauty. As Peiss put it, “cosmetics and paints marked distinctions between and within social classes … [and] reinforced a noxious racial aesthetic.” Scholar Noliwe Rooks’s analysis of American advertisements in the antebellum years reveals how women of color were encouraged to use toxic chemicals to whiten their skin and straighten their hair. Of course, they were simultaneously vilified if they tried to “pass.” The hangover of these race-steeped ideals of authenticity persists today in various incarnations — from skin-lightening creams to advertising tropes suffused with racist imagery.

In the second half of the 20th century, with postwar America’s steady march into a “consumer’s republic,” women-targeted retailers worked to challenge the lingering associations of makeup — and later hair color — with acts of duplicity. The much-vaunted ideal of authenticity thus provided advertisers with a productive rhetorical tool. From “Maybe she’s born with it, maybe it’s Maybelline” to Clairol’s “Does she or doesn’t she?” consumer culture’s “technologies of artifice” — like lipstick, mascara, and hair dye — were recast as instruments of women’s self-expression and even agency.

In later decades, plastic surgery seemed to replace cosmetics as the targeted instrument of womanly deception. In a sweeping social history of aesthetic surgery, Sander Gilman recounts that while most of the early surgery patients were men, the gender disparity had completely flipped by the 1990s. Tying the nascent cosmetic surgery industry to the lingering concerns of artifice, Gilman writes, “The claim for authenticity, which haunts aesthetic surgery, is linked to its opposite, hypocrisy.” Fake breasts were, and still are, rich fodder for celebrity gossip, particularly given the enduring cultural association with sex work.

In the age of Instagram, the innuendo-laden query “Does she or doesn’t she?” refers not to hair dye but to FaceTune and PhotoShop. But the specter of feminine-coded deception persists. Far too often, it takes the form of targeted hate and harassment. In her 2015 viral video, “You Look Disgusting,” makeup vlogger Em Ford shows how much of the antagonism she receives is draped in concerns about inauthenticity. Comments on her acne-covering makeup are steeped in fears of deception: “Misleading,” “This is false advertising,” and “Trust no f—king bitch with makeup.”

The rapid ascent of influencer culture in the years since has only amplified these denigrations, with women in highly visible professions subject to incessant public scrutiny, much of which focuses on parsing out the “real” from the “fake.” Explaining how “authenticity” has become a pronounced cultural reference point, Rebecca Jennings argues that “Instagram has created a universe where even the most intentionally authentic posts look fake, where we believe everyone participating is only there for money and clout.”

One might argue there’s an upside to being labeled a “fake.” After all, to be subjected to such scrutiny is, in a perverse sense, a marker of status; a signal that someone “stands out” amid a hypersaturated attention economy. In our 2019 study of Instagram influencers trapped in an “authenticity bind” — that is, compelled to be real enough but not too real —one woman confessed to Emily Hund and me, “you haven’t really made it till you’ve been hated on.” But hate should never be a job requirement, especially given how little recourse women and other marginalized groups have on social media platforms like Instagram and YouTube. Instead, it should be recognized for what it is: a form of misogyny rooted in moral angst about women’s powers to deceive — for material benefits.

What these examples share — from actors and social media stars to politicians and scientists — is the professional advancement of women and the subsequent backlash. Here, I’m reminded of Empowered author Sarah Banet-Weiser’s argument about the “economies of visibility” that structure our media and political culture. For women in the public sphere, it is precisely such visibility that renders them vulnerable.

In the end, the latest wave of Meghan Markle backlash lays bare the implications of networked authenticity policing. The fallout of being labeled a “fake,” particularly when one’s mental health and allegations of racism are contested or publicly disavowed, can be very real indeed.

Trump just used a damaged DC church for a photo op. The bishop is furious.
Asian Americans need to talk about anti-blackness in our communities
Infants and pregnant women will soon pay the price for Trump’s wall shutdown
This week in TikTok: So … is it getting banned or what?
Bernie Sanders released his tax returns showing he is a millionaire. He still wants to tax the rich.
California now requires solar panels on all new homes. That’s not necessarily a good thing.