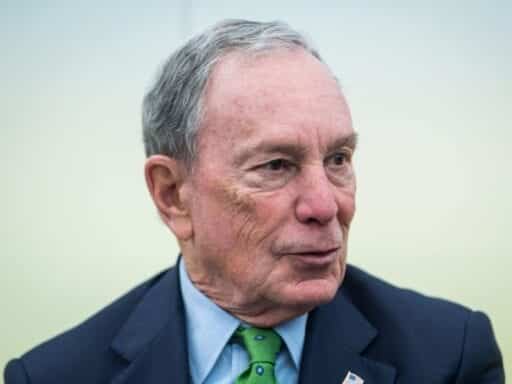 Bloomberg plans to spend over $80 million on midterms. Most of that money is going to Democrats.

Bloomberg has made a name for himself as an independent politician and donor who has supported both Republicans and Democrats for political office. But he said he would back Democratic candidates for the US House because a Republican-controlled Congress has not proved it can pass bipartisan legislation or stand up to President Donald Trump, in a statement released Wednesday.

“This fall, I’m going to support Democrats in their efforts to win control of the House,” Bloomberg said. He continued:

Republicans in Congress have had almost two years to prove they could govern responsibly. They failed. As we approach the 2018 midterms, it’s critical that we elect people who will lead in ways that this Congress won’t — both by seeking to legislate in a bipartisan way, and by upholding the checks and balances that the Founding Fathers set up to safeguard ethics, prevent the abuse of power, and preserve the rule of law.

Bloomberg will also be supporting Republicans in some state races; he noted he would support Democratic and Republican candidates running for governor in the midterms, favoring politicians who are committed to gun safety and initiatives on the environment and education.

“I’ve never thought that the public is well-served when one party is entirely out of power, and I think the past year and half has been evidence of that,” Bloomberg said in the statement.

The former New York mayor’s spending will certainly give Democrats a significant cash boost as they head into competitive fall races. Bloomberg’s $80 million is more than twice the amount Republican billionaire Sheldon Adelson, who recently donated $30 million to the Congressional Leadership Fund, a Super PAC affiliated with Republican House Speaker Paul Ryan, according to Politico.

As Bloomberg noted in his statement, he’s donated to candidates of both parties in the past. He donated to Sen. Pat Toomey (R-PA) on the basis of Toomey separating from his party and co-authoring a gun reform bill to close the background check loophole. Bloomberg similarly donated to Sen. Maggie Hassan (D-NH) in her 2016 campaign against former Republican Sen. Kelly Ayotte, for her vote against the Toomey bill.

Bloomberg reportedly hasn’t homed in on the districts or candidates he’ll be supporting yet, but he’s kept in close touch with some well-known House Democrats, including Democratic Caucus Chair Joe Crowley, a representative from Bloomberg’s home state of New York, and Seth Moulton, a young House member from Massachusetts, the New York Times reported.

The influx of cash will surely be welcome to some Democrats but could be a double-edged sword. Some in the party’s left flank have criticized Democrats for being beholden to Wall Street and other big-dollar donors.