Michael Cohen now wants to get out the vote 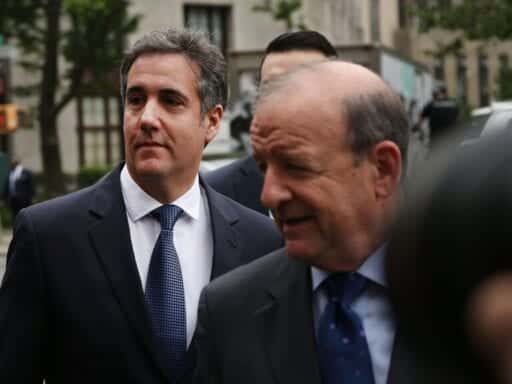 He would also like to remind you of his GoFundMe page.

Michael Cohen, President Donald Trump’s former personal lawyer and fixer and former deputy finance chair of the Republican National Committee, has undergone quite the change of heart since pleading guilty to eight federal charges back in August. His latest act: encouraging people to get out and vote — against Trump.

“Listen, here’s my recommendation. Grab your family, grab your friends, grab your neighbors, and get to the poll, because if not, you are going to have another two or another six years of this craziness,” Cohen, 52, told CNN on Friday. “So, make sure you vote, all right?”

The #MidtermElections2018 might be the most important vote in our lifetime. #GetOutAndVote #VoteNovember6th

Cohen was for years seen as one of Trump’s most loyal allies, even going as far as to boast that he would “take a bullet” for the president. But he’s since said his loyalty is to his family and to his country, and as prosecutors have put the squeeze on, he’s begun to talk.

Cohen is reportedly speaking with special counsel Robert Mueller as part of his investigation into Russian interference in the 2016 election and potential ties between the Trump campaign and Russia. In September, he tweeted and deleted praise for himself speaking with Mueller.

According to CNN, Cohen is also willing to campaign for Democrats and against Trump in the 2018 midterms and in 2020. But that doesn’t mean liberals want to embrace him: Cohen’s change of heart has come after he was caught for his bad behavior, he’s not some Democratic hero.

And it’s not just liberal affection Cohen is after, it’s their money as well. The same day he entered his guilty plea back in August, he launched a GoFundMe page to help cover his legal fees. Others caught up in the Trump whirlwind, including Daniels, former FBI Deputy Director Andrew McCabe, and former FBI official Peter Strzok, have made similar plays.

Thus far, Cohen has raised more than $175,000 of his $500,000 goal. He’s not been shy about wanting more. In August, he tweeted a thanks for birthday wishes with a link to his GoFundMe page. He retweeted another user’s link to the page in September.

I want to personally thank all those who #DM me on my birthday expressing #love #Continued Strength #WellWishes and #support for my https://t.co/DQhLLxhabH

Remembering the genius of Julia Child
Most Americans think social media companies are censoring people
It sure looks like China’s preparing for a trade war with the US
The absurd controversy over Joe Biden’s “transition away from the oil industry”
Facebook is launching a news section — and will pay some publishers millions
Protesters tore down a statue in the former capital of the Confederacy. More may follow.