Michelle Obama may not want to be your president, but she still wants you to vote 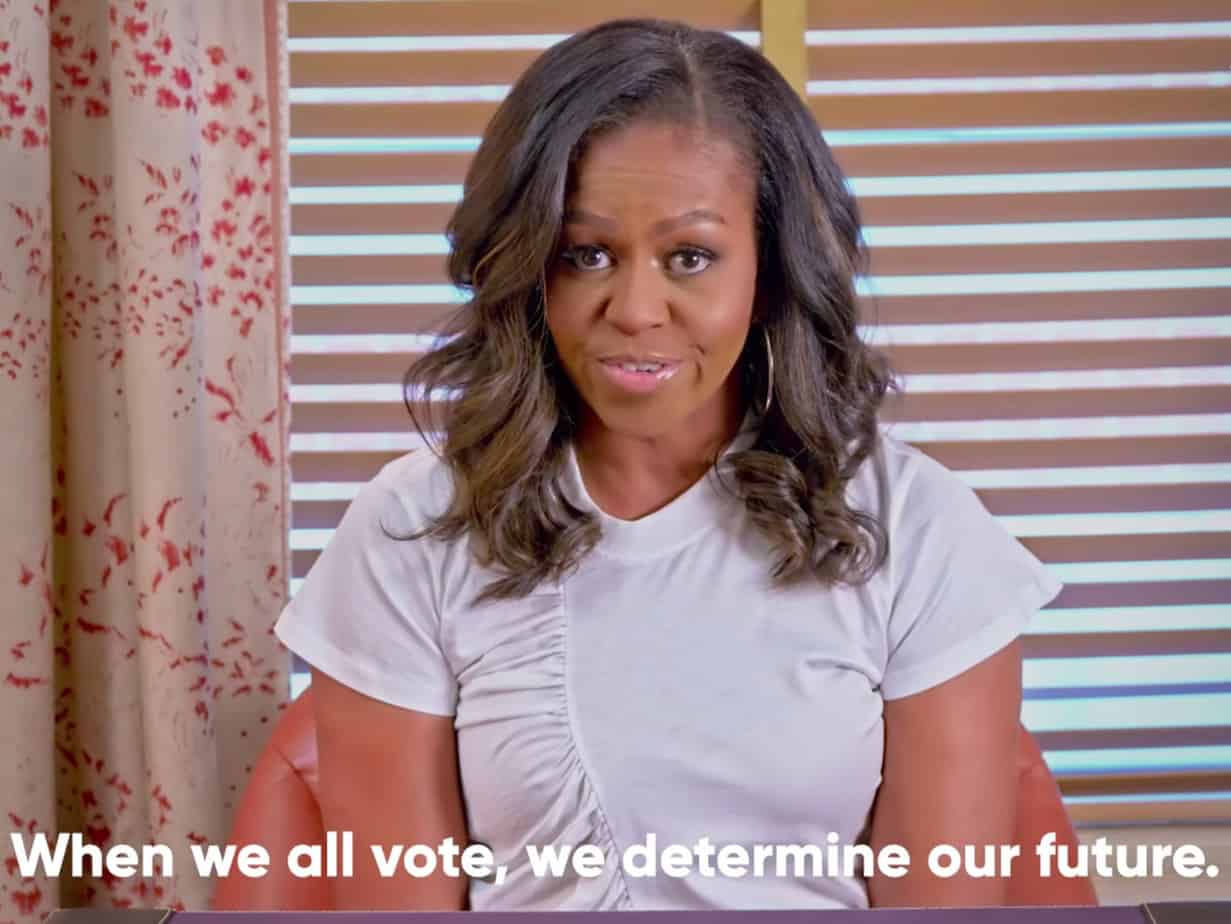 The former first lady launched an initiative on July 19 to encourage young people to head to the polls.

Michelle Obama may not want to run for president, but she’s still dipping her toe into politics as the country approaches November’s midterm elections.

Unlike her husband, though, who will be hitting the campaign trail in November, she’s not rallying voters specifically to Democrats. According to a report by Politico’s Edward-Isaac Dovere, the former first lady is launching a nonpartisan voter registration initiative called When We All Vote.

The initiative launched Thursday, July 19, with a public service announcement. According to people close to the campaign, there will also be live events in the coming months. It will feature “prominent activists and players” and peak in September with a number of events, rallies, and trainings.

In the PSA, Obama encourages viewers to “start a conversation across America about being active participants in our most basic American responsibility: voting.” She wants viewers to do this by speaking with friends, family, and neighbors about their hopes, dreams, and desires for the future of America.

She’s joined by a lineup of famous faces, including actor Tom Hanks, singer Janelle Monáe, Houston Rockets basketball player Chris Paul, and Hamilton creator Lin-Manuel Miranda, who were featured in the YouTube video. It’s unclear what their roles in the initiative will be just yet.

But Michelle Obama will not be campaigning for any particular party or candidate. Instead, the goal of When We All Vote is to ensure that “every American casts their ballot this November.” It seems the initiative is geared toward young people, in particular the “4 million Americans who turn 18 this year,” because “it’s going to be the young people of this generation that will change the world.”

Young voters — and particularly young women — are more likely to say they favor Democrats for office than older voters. Still, even though Obama’s campaign comes amid a crucial midterm election for the Democratic Party, she’s apparently decided to stay above the partisan fray.

A grand jury will investigate whether Kris Kobach intentionally botched voter registration in 2016
What it’s like to manufacture toilet paper during a pandemic
Why the no-tipping movement failed (and why it still has a chance)
Why James Mattis couldn’t contain Trump
Abortions by mail are available now in the US. Here’s what you need to know.
Jeff Bezos offers a clue to his $10 billion climate change strategy