Michigan is still counting its votes. Vox has live results. 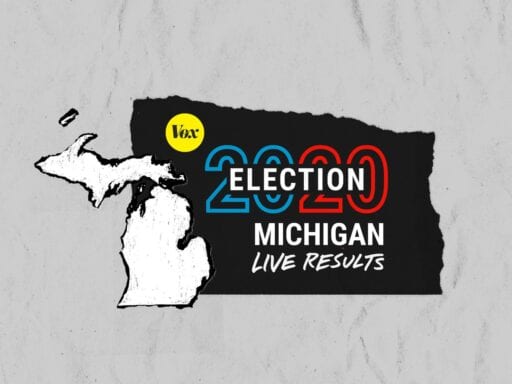 It could take time to know Michigan’s full results.

Michigan is one of several states left uncalled for a presidential candidate on election night. And the state’s top election official said results likely won’t come until Wednesday night at the earliest.

Michigan Secretary of State Jocelyn Benson told reporters Tuesday night that she expects it will take a full 24 hours to get the full picture of the state’s results for the presidential race between President Donald Trump and former Vice President Joe Biden, as well as its down-ballot races, according to the Detroit News.

Even though that’s a delay, it’s still less time than Benson’s previous estimate of 80 hours to tabulate all the state’s ballots. As of 11:30 pm ET, about half of Michigan’s votes had been counted. Officials could not legally begin tabulating the state’s votes sent in by mail until Monday. That was especially problematic, given that the Covid-19 pandemic saw a surge in voters using mail-in ballots in the state.

Republican state legislatures in Michigan, Wisconsin, and Pennsylvania refused to let election officials start processing ballots early. (It should be noted that this isn’t a partisan issue everywhere, since Florida, Arizona, and North Carolina also have state legislatures controlled by Republicans and reported most of their results more quickly.) In other words, these states haven’t been able to get a jump on processing ballots. Vox’s Andrew Prokop recently wrote:

As a result, the time-consuming process of determining whether each mail-in ballot was properly cast can’t start until Election Day itself (the Michigan GOP deigned to let some areas of the state start one day early).

It’s hard to overstate Michigan’s importance in the 2020 elections. The state — along with Wisconsin and Pennsylvania — is critical for Biden’s chances to win the Electoral College. It also contains a competitive Senate race where the incumbent is Democratic Sen. Gary Peters, who is facing a challenge from Republican John James. Democrats are trying to flip control of the Senate. But now that Democratic Sen. Doug Jones has lost his seat in Alabama, their chances could dissolve if Peters loses his race.

Vox is carrying live results, powered by our friends at Decision Desk.

Part of the delay comes from state election officials still needing to count around 130,000 absentee ballots in its largest city of Detroit, Benson told reporters Tuesday. There are similar delays in Pennsylvania and Wisconsin.

As Prokop noted, some parts of Michigan were able to start processing their absentee ballots the day before Election Day. Just that slight jump-start to process votes in some parts of the state makes a difference in when we could know the results.