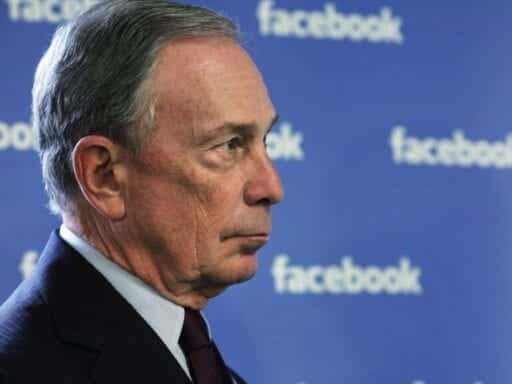 Gary Briggs, who until last year was Facebook’s CMO, will oversee a high-stakes advertising campaign on his old platform.

A top former Facebook executive is going to oversee what’s likely to be an unprecedented ad campaign on Facebook for Mike Bloomberg, the new Democratic presidential candidate.

Gary Briggs, who until last year was Facebook’s chief marketing officer, has joined Bloomberg’s campaign as its digital director, a senior role in one of the most unusually run presidential campaigns to date. Bloomberg is on pace to vastly outspend his Democratic rivals on TV ads, and his campaign is expected to do the same on digital. That means Briggs will oversee a digital program that will likely shatter records for the rate at which it spends money in presidential politics.

Bloomberg, who officially entered the race on Sunday, is booked to spend $31 million on television ads this week, the most ever spent in a week by a presidential candidate. It’s an enormous amount that will test the power of political advertising. And while the billionaire has not publicly unveiled how much he plans to spend on digital ads, he reportedly plans to spend more than $500 million total on the 2020 cycle. Assuming he runs a rational campaign, balancing his spending between television and digital mediums like Facebook, Bloomberg is going to pour truckloads of money into Facebook ads, as well. (For context, Donald Trump and Hillary Clinton’s campaigns spent a combined total of $81 million on Facebook in 2016.)

For such a high-stakes advertising campaign, having a former high-ranking Facebook executive like Gary Briggs call the shots will help. Bloomberg’s contenders don’t have someone on their team who had as much senior stature at the company.

Briggs had planned to retire when he left Facebook last year, although he said he intended to work in Democratic politics. This, though, is a full-time gig. “I’m gonna fail at retirement for about a year,” he told one friend on his Facebook page.

Briggs and Bloomberg’s campaign didn’t immediately respond to a request for comment on Sunday night.

The appointment of Briggs also tells us something about Mike Bloomberg’s nascent campaign: He is not afraid to tie himself to Silicon Valley and to some of its most controversial brands. Bloomberg has many fans and personal relationships in the tech community, such as Jeff Bezos. By choosing Briggs — who oversaw branding at Facebook rattled by public relations scandals during his final years there — Bloomberg is embracing a tech giant that some of the presidential candidates frequently bash.

Briggs also becomes one of the senior-most Big Tech executives in the upper ranks of the presidential campaigns. Others include Sonal Shah, a former executive at Google, who is the policy director for Pete Buttigieg — a candidate that much of the tech community has rallied behind, including several of Briggs’ former colleagues at Facebook.

Game of Thrones’ Missandei controversy, explained
Four winners and three losers in the South Carolina Democratic Primary
Is Tom Steyer the problem — or the solution?
Tulsi Gabbard calls Hillary Clinton “the queen of warmongers” in her latest clash with top Democrats
US withdrawing from UN Human Rights Council
2 Trump allies in the House demand an investigation into Rod Rosenstein