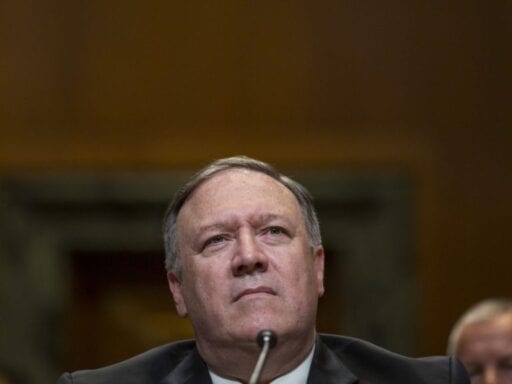 The US and North Korea are not on the same page over how the last couple of days have been going.

Secretary of State Mike Pompeo’s latest North Korea trip didn’t go exactly as planned. At the end of two days of talks in Pyongyang, he said the discussion had been “productive.” North Korea offered up a different take: The talks were “regrettable,” as is the United States’ “unilateral” demand that the country abandon its nuclear weapons.

Pompeo, who traveled to the North Korean capital this week to follow up on President Donald Trump’s summit with North Korean leader Kim Jong Un last month, seemed optimistic about the progress he made during two days of high-level talks.

“We had many hours of productive conversations,” he told reporters on Saturday, according to CNN. “These are complicated issues, but we’ve made progress on almost all the central issues. Some places, a great deal of progress. Other places, there’s still more work to be done.”

The State Department and arms control experts alike say talks, even without producing timelines or other deliverables, are a positive part of the process — concrete, specific agreements take time to negotiate. But both parties have to want to continue that process.

And hours later, North Korea released a statement offering a much more pessimistic take. An unnamed spokesperson for North Korea’s foreign ministry said in a statement that the country found the US delegation’s attitude “regrettable” and that while they had “expected the US to bring constructive measures to build confidence in accordance with the spirit” of the Singapore summit, that was not the case.

Specifically, the North Korean spokesperson complained that the US had made unilateral demands on “CVID” — the complete, verifiable, and irreversible denuclearization of North Korea — and said that North Korea had previously been considering “providing reciprocal measures.”

This lack of clarity around what each country thinks “denuclearization” means has been the major sticking point since Trump first broached a summit. That conversation will be ongoing: The US said it left these talks with commitments for more denuclearization discussions and bringing back the remains of US soldiers killed in the Korean War.

Pompeo did not meet with Kim Jong Un in Pyongyang but instead held talks with Kim Yong Chol, a senior North Korean official and long-time negotiator. Kim teased Pompeo that tense negotiations on the first day of their two-day meeting might have caused him to lose sleep. Per the Washington Post:

“We did have very serious discussion on very important matters yesterday. So thinking about those discussions, you might have not slept well last night,” Kim said.

“Director Kim, I slept just fine,” Pompeo responded, according to a pool report provided by reporters accompanying the secretary of state.

When Trump returned from the Singapore summit on June 13, he announced on Twitter that there was “no longer” a nuclear threat from North Korea.

Just landed – a long trip, but everybody can now feel much safer than the day I took office. There is no longer a Nuclear Threat from North Korea. Meeting with Kim Jong Un was an interesting and very positive experience. North Korea has great potential for the future!

And just this week, he tweeted that were it not for him, the US would be at war with North Korea.

Many good conversations with North Korea-it is going well! In the meantime, no Rocket Launches or Nuclear Testing in 8 months. All of Asia is thrilled. Only the Opposition Party, which includes the Fake News, is complaining. If not for me, we would now be at War with North Korea!

The conflicting statements following Pompeo’s North Korea talks are yet another piece of evidence that the situation is nowhere near as simple as Trump would like it to be. North Korea said the meeting had been “very concerning” and led to a “dangerous phase that might rattle our willingness for denuclearization that had been firm.”

It’s still not clear how interested North Korea actually is in denuclearization, if it is at all. There have been multiple reports in recent days indicating that North Korea is increasing production of fuel for nuclear weapons, improving infrastructure at one of its nuclear facilities, and figuring out ways to hide its weapons and production from the United States.

The debate’s segment on race was doomed before it even began
The Oscars’ new “popular film” category is a bad idea from a panicked organization
Wild, chaotic, and deeply silly, the animated Harley Quinn series is a terrific watch
Read Trump’s incredible, disgraceful attacks on Democrats during Putin presser
Migrant children describe abuse, being forcibly medicated at youth shelters: lawsuit
Limousine crash in New York: 20 killed in deadliest transportation accident in 9 years