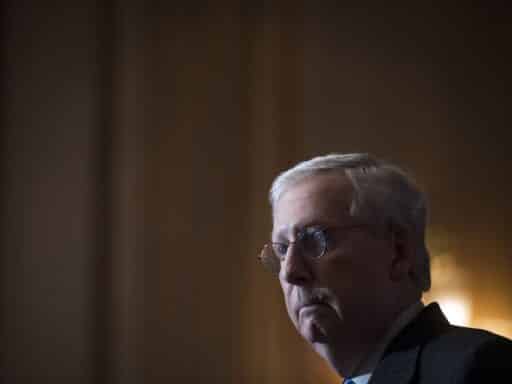 The benefits expire at the end of the year if Congress doesn’t act.

Congressional leaders are hard at work this week on a stimulus package that could bring much-needed relief to workers, families, and small businesses. It’s not a moment too soon, as many Americans are struggling to get by after months without help from the federal government.

But there’s a crucial piece missing from the negotiations: paid leave.

The Families First Coronavirus Response Act, passed in March, guaranteed paid sick leave for workers who were quarantined or ill with Covid-19, as well as for those caring for children while schools or day cares were closed. By helping parents keep their jobs while taking time to care for kids, the legislation helped families stay afloat during a nearly impossible time. It also saved lives — one study found that by allowing sick people to stay home and quarantine, the legislation prevented more than 15,000 cases of Covid-19 per day.

But the paid leave benefits in the act expire at the end of 2020 — and so far, they don’t appear to be part of the stimulus deal being negotiated by congressional leaders (neither House Speaker Nancy Pelosi nor Senate Majority Leader Mitch McConnell has yet responded to Vox’s request for comment). That could force Americans to work while they’re sick, worsening the spread of Covid-19 at a time when the country is already facing its deadliest weeks yet.

It’s “incomprehensible” that members of Congress would fail to extend “literally a lifesaving provision,” Vicki Shabo, senior fellow for paid leave policy and strategy at New America, told Vox. “This is a matter of public health.”

Millions of workers could lose paid leave protections in January

Lack of paid leave has long been a problem for American workers, especially if they make low wages — as of 2017, just 27 percent of those whose pay fell in the bottom 10 percent in the country had access to this benefit. And the problem took on even greater urgency when the pandemic began, since forcing people to work while sick meant they could infect others.

In March, Congress took action by guaranteeing workers 10 days of paid sick leave if they were sick or quarantined because of Covid-19, or were caring for family members who were sick. The legislation also offered an additional 10 weeks of paid leave to parents affected by school or day care closures.

The benefits didn’t apply to everyone — companies with more than 500 employees were exempt, and small businesses and many health care providers could get around the new requirements as well, leaving millions of American workers without protection. And as of this summer, many parents were still unaware of their paid leave options or unwilling to take them, perhaps because of fears of retaliation at work.

Still, the benefits made a difference. According to a study published in October, granting paid sick leave to even some workers prevented about 400 cases of Covid-19 per state per day, or over 15,000 across the country. They also helped Americans take time off to care for children or family members, without the risk of losing a paycheck or even their job. They were especially crucial for low-income people who can’t afford to take unpaid time, Shabo noted, and for women, who have disproportionately shouldered the added caregiving responsibilities of the Covid-19 crisis.

But now the paid leave benefits in the Families First Coronavirus Response Act are due to expire. And unlike expanded unemployment insurance and aid to small businesses, they weren’t part of the $908 billion bipartisan deal that served as a starting point for the current round of talks in Congress.

Without paid leave, many families could be stranded in the new year, with the virus causing record deaths and hospitalizations and many schools still on remote or hybrid schedules. “We’re now at the point where parents who took the paid leave that they had to care for kids are running out of it,” Shabo said, “and yet we’re going to be in the situation that we’re in for many more months.”

Many Americans can’t afford to take unpaid time off, whether it’s to care for children or quarantine after a positive Covid-19 test. Research conducted before the pandemic showed that “just three unpaid days away from work jeopardized a family’s ability to buy food for the entire month,” Shabo said, and about seven days jeopardized the ability to pay rent or a mortgage.

And a failure to extend paid leave protections would further hamper the country’s ability to fight the coronavirus at a time when thousands of Americans are dying every single day.

Paid leave benefits aren’t expensive when compared to other parts of the relief package — extending them would cost about $1.8 billion, or less than 0.2 percent of the total price tag, according to New America. It’s not clear why they haven’t been included in negotiations thus far, though some Republicans, including House Minority Leader Kevin McCarthy, have opposed the paid leave expansion from the beginning. Corporate interests have historically sought to block mandated paid leave on the grounds that it hinders businesses’ flexibility, as the American Prospect reported in March, and Republicans have often sided with them.

Advocates on the issue are continuing to urge members of Congress to include paid leave in the current package, Shabo said. Negotiations continue on Friday and could extend into the weekend.

If they don’t include it this time around, Congress could take up the issue again in the next recovery package in 2021. But it’s unclear when that will happen. In the meantime, American workers would be left without support as they navigate an ongoing pandemic and caregiving crisis.

Ultimately, the eleventh-hour debate illustrates a larger problem that many have pointed to since the pandemic began: American workers lack many of the protections that workers in other countries have, leaving them and the entire country ill-equipped to handle any kind of crisis. “If we had had a national paid leave policy and a national paid sick day standard in place in the first place, we wouldn’t be in this situation,” Shabo said.

Why Yeezys, a brand based on exclusivity, are suddenly so easy to buy
Movie theaters shut down in 2020, but movies kept going. Here are the best of the year.
The incredibly shoddy plot to smear Robert Mueller, explained
How do you cover a presidential campaign during a pandemic?
It took 11 months to restore power to Puerto Rico after Hurricane Maria. A similar crisis could happ...
Barack Obama tells Silicon Valley’s leading donors to “chill out” over differences between candidate...