Minari and the bittersweet promise of America 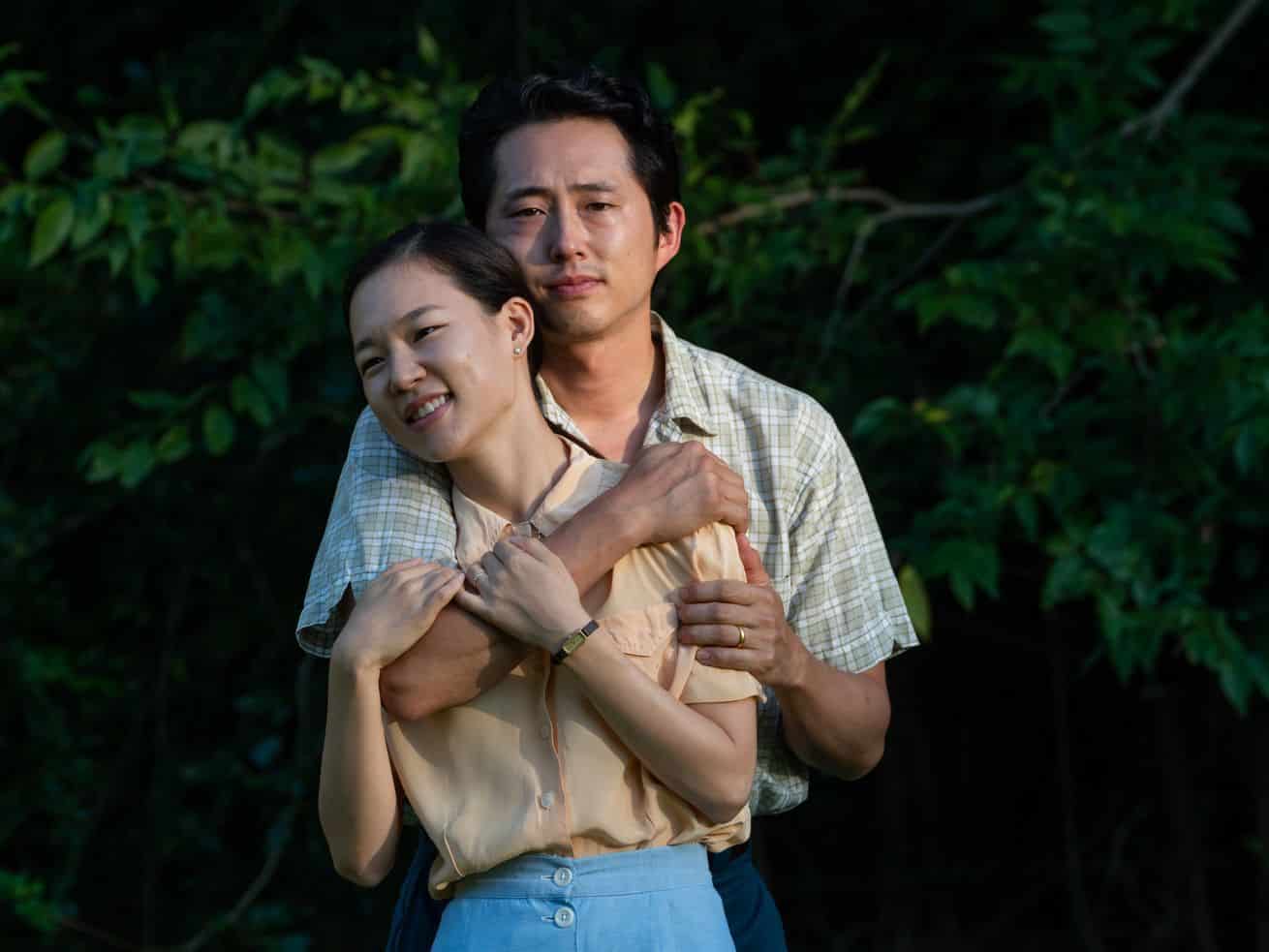 The story of a Korean immigrant family is a layered and loving recollection of an American childhood.

The sun-dappled Arkansas fields of Minari are part of a familiar iconography: the American heartland, a veritable paradise, open to anyone with a dream and a willingness to work hard. From the films of Terrence Malick to bland corporate ads, grass and trees gently swaying in the golden hour signify grace, promise, and opportunity.

But promises do not always pan out. There are weeds and snakes and even more dire threats in that field. Minari is a tender account of hope deferred, of the limits of paradise, and of finding the strength to carry on. Charming, limpid, and earnest, it’s both a familiar tale and a wholly new one.

Minari is named for a flavorful, bitter watercress prized in Korean cooking, which grows best in damp conditions. The name fits. Both gently funny and moving, the movie is the story of bitterness coming along with growth and nourishment. It’s also about a search for water — real water, for crops, but also love, which keeps a relationship from wilting on the vine.

The family at the center of the film is the Yis: Jacob (Steven Yeun) and Monica (Yeri Han), who married in Korea and moved to the US, and their American-born children Anne (Noel Kate Cho) and David (Alan Kim). David, who is younger, shy, and still trying not to wet the bed, was born with a heart condition that worries his family. They continually remind him not to run.

The Yis had been living in California, where Jacob worked in a chicken hatchery, determining the sex of the tiny new chicks and dreaming of a better life. He decided that life lies in the Ozarks, and purchased a large plot of land with a trailer on it. So now, the Yis live in Arkansas.

Their new life is different and hard, especially for Monica. Both Jacob and Monica take jobs at another hatchery to make ends meet, while Jacob works to grow vegetables with the help of an eccentric neighbor named Paul (Will Patton). Korean vegetables, specifically. It’s the 1980s, and Koreans are moving to the region by the thousands. There will be a market for Korean produce, and Jacob wants to provide some of it from his own family farm.

First he wants a free water source, though — and he manages to find one, at least at first, without paying the local water dowser. There is water in these hills and mountains, he just knows it. (Meanwhile, his kids have fallen in love with a different kind of water: Mountain Dew.)

Monica is lonely and miserable in the midst of this. There aren’t many people nearby, let alone Koreans. She hates the trailer they live in and resents Jacob for tearing her away from their city life in California. She worries about David, because the nearest hospital is several hours away. And though she has no interest in returning to Korea, she misses her family — particularly her mother.

After one particularly terrible fight, Monica and Jacob arrive at a compromise: They will stay in the Ozarks, but Monica’s mother — who has never even met David — will come from Korea to live with them. Soonja (Yuh-Jung Youn) arrives, toting gifts, including a bag of anchovies that makes Monica cry with gratitude. She is funny and full of life, and David eyes her warily, convinced that she isn’t a “real grandma.” She doesn’t bake cookies, and she plays practical jokes. But he warms to her, slowly, and one day she brings him down to a tree-covered creek, where she plants minari. Toothsome bitterness sprouting at the edge of a little slice of heaven. It is a foretaste of what’s to come.

I’ve seen Minari twice, once when it premiered at Sundance in 2020 and once at home a year later, and it’s still hard to describe the plot. That’s probably because the film eschews a simple narrative, with a single point of conflict and resolution, for a layered, symbol-rich evocation of memory. It’s a deeply personal project for writer and director Lee Isaac Chung, who also grew up in small-town Arkansas, the son of Korean immigrants, in the 1980s. He was 6 when his grandmother came to live with his family.

And there’s something very elemental about Minari. Fire is an ever-present threat. Water is an ever-present need in the fields, though it’s abundant in the creek. The ubiquitous Mountain Dew and David’s bed-wetting intertwine in the story as if to echo this watery theme. We can feel the heat of the sunshine, hear the crickets (so loud, at times, they almost drown out the dialogue), endure the contrasting drudgery of the fluorescent-lit hatchery. The vegetables in their neat rows are shiny and solid, a promise of abundance and hope. We can sense their solidity, the way they stake a claim on the future.

On their plot in Arkansas, the Yis fit in just fine, despite Monica’s chafing, and their crops flourish. But their white neighbors, in trying to be welcoming, are more often awkward; kids at church ask David why his face is “so flat,” or ask Anne to listen to them say strings of gibberish and stop them when they hit on something “in your language.” It’s not an unkind community, but it’s a strange one, and the stress of living in the place, along with trying to make any living at all, has a way of making Monica and Jacob’s marital friction rise to the surface.

Can joy come anyhow? Jacob proclaims to his family, early on, that what he means to have is no mere garden but a “Garden of Eden.” A paradise where they can live happily, with enough to live on and a beautiful future in view. It seems almost attainable.

But as the pastor of the little white church would probably say, no Promised Land is perfect, this side of heaven. Minari examines how much bitterness is inevitable with the bounty, how the elements of paradise sometimes conspire to make a place distinctly less heavenly, and whether it’s possible for love to bloom and grow there regardless. It’s a distinctly American story, rooted in a place and time and culture, and it’s a wise one about love, loss, and expectation. Chung has invited audiences inside his memories and given a gift: a reminder that the bitter and the sweet come mixed in this life, and that is the joy of living.

Minari opens in limited theatrical release in traditional cinemas and virtual cinemas (check your local listings), and in the A24 screening room, on February 12. To attend virtual screenings, audiences purchase a ticket and receive a limited-time streaming link. Minari will premiere on VOD services (like iTunes and Amazon Prime Video) on February 26.

Vox Sentences: To infinity and beyond
Read Trump’s bananas, post-impeachment victory lap speech
We finally have a new US maternal mortality estimate. It’s still terrible.
Trump: No war with Iran — at least for now
17-year-old Antwon Rose was fleeing and unarmed when police shot him
All 23 Pixar movies, definitively ranked