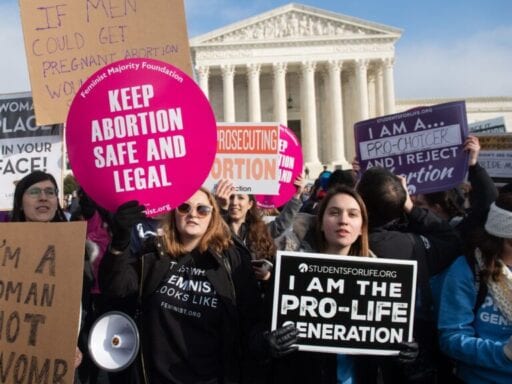 A federal appeals court ruled against the ban, which would have restricted abortion after 15 weeks.

Jackson Women’s Health Organization — the only abortion clinic left in Mississippi — sued the state in 2018 to block the law banning the procedure; a judge ruled in the clinic’s favor that year.

Friday, the Fifth Circuit Court of Appeals supported that ruling after the clinic argued that no medical evidence shows a fetus would be viable 15 weeks into a person’s pregnancy, causing the ban to violate the US Supreme Court cases Roe v. Wade and Planned Parenthood v. Casey, both of which say states can’t ban abortion before a fetus is viable; Planned Parenthood puts viability at about 24 weeks.

Mississippi argued the law was a regulation and not a ban, and therefore not subject to the Supreme Court rulings. But the court found the law placed an undue — and therefore unconstitutional — burden on women’s right to an abortion before viability. Appeals court judges wrote:

In an unbroken line dating to Roe v. Wade, the Supreme Court’s abortion cases have established (and affirmed, and re-affirmed) a woman’s right to choose an abortion before viability. States may regulate abortion procedures prior to viability so long as they do not impose an undue burden on the woman’s right but they may not ban abortions. The law at issue is a ban. Thus, we affirm the district court’s invalidation of the law.

The ruling on the law, which did not include exceptions for cases of rape or incest, means that Mississippi’s current abortion regulations will stay in place for now. According to the Guttmacher Institute, a research organization that focuses on reproductive health and rights, the state currently requires ultrasounds be taken before an abortion, that those seeking an abortion wait at least 24 hours and be counseled before the procedure, and that abortions after 18 weeks meet certain criteria.

The ruling will affect not just Mississippi, but Louisiana as well, which passed a 15 week abortion ban that would take effect only if Mississippi’s law was upheld.

And although the state of Mississippi has lost its appeal, it could petition for the Supreme Court to hear the case, setting the stage for another direct challenge to Roe v. Wade.

Gestational bans are part of a longer term anti-abortion strategy

The loss for Mississippi comes on the heels of a federal judge blocking an even more restrictive abortion law in the state — a so called “heartbeat bill” that bans abortions at six weeks, around when heartbeats can generally begin to be detected.

Mississippi is just one of a number of states to pass restrictive abortion bans — others include Ohio, Georgia, Kentucky, and Alabama. By November of this year, state legislatures had enacted 58 abortion restrictions; 25 of those would ban some or most abortions, according to the Guttmacher Institute. None of the gestational age bans enacted by nine states this year have taken effect, however, as all have been blocked or stayed by the courts.

This, as Vox’s Anna North and Catherine Kim have explained, is by design: anti-abortion activists hope a challenge to one or more of these laws will be heard by the US Supreme Court. Under President Donald Trump, that court’s conservative majority has been strengthened by the additions of Justices Neil Gorsuch and Brett Kavanaugh, and state lawmakers are passing abortion bans with the explicit goal of the Supreme Court gutting or overturning Roe v. Wade.

In Iowa, Rep. Shannon Lundgren, acknowledged a 2018 abortion ban she was managing on the Iowa House floor ran in opposition to settled law, but said, “It is time for the Supreme Court to weigh in on the issue of life.”

And the conservative allies of lawmakers like Lundgren have been equally candid. Last year, the Alliance Defending Freedom, a nonprofit that has opposed abortion and LGBTQ rights, told an Evangelicals for Life Conference in Washington DC that it is focused on gestational age ban legislation to start legal battles that could eventually end Roe v. Wade.

“I can guarantee you that they will not be able to ignore a 15-week limitation, which is in essence limiting abortion to the first trimester,” Denise Burke, senior counsel at ADF said at the time. “We’re kind of basically baiting them, ‘Come on, fight us on turf that we have already set up and established.’”

Thus far, these efforts have been unsuccessful: but in October, the Supreme Court signaled it is willing to hear cases that challenge settled abortion law. It plans to hear June Medical Services v. Gee, a case that centers on a Louisiana law mandating abortion providers have admitting privileges at a local hospital.

While the case does not address gestation, it could also undo Roe v. Wade and severely restrict abortion access by limiting the number of legal abortion providers available in any given area. This means should justices uphold the law, whether abortions are banned at 15 weeks would become irrelevant, as there would be few — if any — legal providers available to conduct the procedure at any stage of pregnancy.

Live results for the June 2 primaries
Maxine Waters denies condoning harm, notes Trump's calls for violence
Trump’s wall won’t do anything about the opioid epidemic
This Colorado Republican thinks Trump should fire Stephen Miller over family separation
Standup comedy’s debate over political correctness, explained by HBO’s Crashing
The most powerful moment of the Whitaker hearing had nothing to do with Mueller