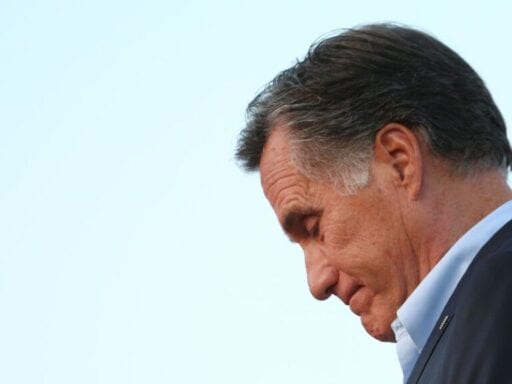 “It must be electorally disqualifying to equivocate on racism.”

Mitt Romney is calling on Americans to “categorically and consistently reject racism and discrimination” on the anniversary of racist violence in Charlottesville, Virginia in 2017 and on the eve of a repeat of the Unite the Right rally this year in Washington, DC. The former Massachusetts governor and current US Senate candidate in Utah issued a lengthy statement on Friday defending equality, steeped in his religious upbringing and belief that “we are all children of God.”

Romney, who ran against President Barack Obama as the 2012 Republican nominee for president, touched on a number of issues in his post. He weighed in on President Donald Trump’s equivocal reaction to the gathering of the alt-right and white supremacists in 2017, though he did not mention the president by name. He also suggested that it’s misguided to perceive pushes for equal opportunity by groups that have historically been discriminated against as grabs for a disproportionate share of the pie.

The equality of the intrinsic worth of every person is a truth fundamental to our national founding and moral order. Here are my thoughts on the one-year anniversary of Charlottesville: https://t.co/9wC4is38q2

“I firmly believe in the moral foundation that underlies and is enshrined in the Declaration of Independence and in the Constitution: ‘all men are created equal,’” Romney wrote. “I recognize that while individuals are born with unequal talents, unequal family circumstances, and unequal opportunity for education and advancement, the equality of the intrinsic worth of every person is a truth fundamental to our national founding and moral order.”

Romney last year spoke out when Trump offered a shrugging reaction to the clashes between white nationalist rally-goers and counter-protesters in Charlottesville that resulted in the death of 32-year-old Heather Heyer. Trump condemned “hatred, bigotry, and violence on many sides” in his initial remarks about the incident. He then doubled down, saying there were “fine people on both sides” of the rally and counter-rally.

Romney at the time hit back at Trump’s equivocation, saying the two sides were in “morally different universes.”

No, not the same. One side is racist, bigoted, Nazi. The other opposes racism and bigotry. Morally different universes.

He addressed the matter again in his Friday post. “My view — then and now — is that people who knowingly march under the Nazi banner have disqualified themselves as ‘good people,’” he wrote.

He later took a swipe, seemingly at Trump and other Republicans and public figures who have failed to condemn racism explicitly:

We must insist that those we elect as our leaders respect and embrace Americans of every race, sexual orientation, gender, and national origin. In this country, it must be electorally disqualifying to equivocate on racism.

President Trump on Saturday put out a tweet condemning “all types of racism” ahead of Sunday’s Unite the Right rally in Washington, DC. It was a step up from last year’s disastrous response, though he appears to still be playing the both-sides game.

Romney in his post also gave a nod to the Black Lives Matter movement, again seeming to break with Trump, who has stoked racial tensions for years. On the campaign trail, for example, Trump said Black Lives Matter proponents are “essentially calling death to the police.” (They’re not.) He has consistently attacked black NFL players for peacefully protesting racism and police brutality in the United States.

“My understanding of the Black Lives Matter movement, for example, is that it is not intended to elevate minority lives above white lives; it is intended to draw vivid attention to the too frequent reality of deadly racial discrimination in law enforcement and in the courts,” Romney wrote.

Romney emerged as one of Trump’s fiercest critics in the 2016 presidential campaign. He conjectured that Trump was hiding a “bombshell of unusual size” in his tax returns and called him a “phony” and a “fraud.” He said Trump admiring Russian President Vladimir Putin while calling former President George W. Bush a liar was a “twisted example of evil Trumping good.” He also said he never would have accepted Trump’s endorsement for his 2012 presidential bid had he said the offensive things he did on the 2016 campaign trail.

If Trump had said 4 years ago the things he says today about the KKK, Muslims, Mexicans, disabled, I would NOT have accepted his endorsement

But since then, Romney has toed a fine line on Trump. After the 2016 election, he met with Trump while under consideration for the secretary of state job. And when Trump endorsed Romney in his Senate bid, Romney happily accepted.

In an interview with NBC News in May, Romney sort of explained his shifting attitude on Trump.

“I don’t think that I would point to the president as a role model for my grandkids on the basis of his personal style,” he said. “He has departed in some cases from the truth and has attacked in a way that I think is not entirely appropriate. I think that his policies have been by-and-large a good deal better than I might have expected.”

In a June op-ed in the Salt Lake Tribune, Romney explained he’ll support Trump’s policies where he thinks they’re a good idea. As Vox’s Tara Golshan put it, he’s with Trump for the tax cuts.

Romney wrote that he would continue to speak out “when the president says or does something which is divisive, racist, sexist, anti-immigrant, dishonest or destructive to democratic institutions.” He said he wouldn’t be talking about it day-to-day but would express his views when he thinks there’s a matter of “substantial significance” to discuss.

That appears to be what he’s doing with Friday’s post, which you can read in full here.