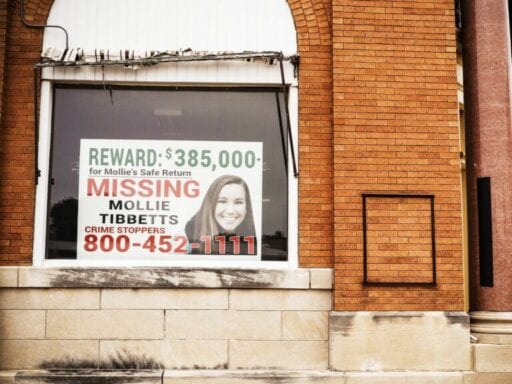 Rob Tibbetts was responding, in part, to another Des Moines Register op-ed from Donald Trump Jr. about his daughter’s death.

One day after Donald Trump Jr. published an op-ed using Mollie Tibbetts’ death to advance an anti-immigrant agenda — as her family has already asked people not to do — her father responded with his own column, imploring everyone to stop politicizing the slain Iowa student’s death. Mollie, he said, is not “a pawn in others’ debate.”

“Please leave us out of your debate,” Rob Tibbetts, Mollie Tibbetts’ father, wrote in the Des Moines Register. “Allow us to grieve in privacy and with dignity. At long last, show some decency. On behalf of my family and Mollie’s memory, I’m imploring you to stop.”

Tibbetts, a 20-year-old student at the University of Iowa, went for a run in her hometown of Brooklyn, Iowa on July 18 and never came back. The next day, her boyfriend and family reported her missing, and on August 21, the police found her body in a cornfield. The authorities have charged local farmhand Cristhian Bahena Rivera, 24, with her murder. He is an undocumented immigrant from Mexico.

Some on the right seized on that fact to call for more restrictive immigration laws, on the the (false) grounds that immigrants are especially dangerous. (As Vox’s German Lopez points out, immigrants are actually less likely to commit crimes than people born in the United States.)

President Donald Trump in a Twitter video message held Tibbetts’ death up as a reason “we need the wall,” the day after her body was found. The White House sent out another tweet the same day calling attention to the case. Multiple conservative outlets and pundits have used the tragedy to advance anti-immigration policies and ideas.

Tibbetts’ family has continuously asked people to stop politicizing her death. Many haven’t.

Tibbetts’ father was responding to Trump Jr. He shouldn’t have to.

Rob Tibbetts’ Saturday op-ed was, in part, a response to Trump Jr.’s op-ed on Mollie Tibbetts’ death published on Friday. Trump Jr. attacked Democrats for their response to Tibbetts’ death, saying they are “more concerned with protecting their radical open-borders agenda than the lives of innocent Americans” and calling their actions “heartless” and “despicable.”

Tibbetts in his op-ed turned Trump Jr.’s own language on him:

At the outset, politicians and pundits used Mollie’s death to promote various political agendas. We appealed to them and they graciously stopped. For that, we are grateful.

Sadly, others have ignored our request. They have instead chosen to callously distort and corrupt Mollie’s tragic death to advance a cause she vehemently opposed. I encourage the debate on immigration; there is great merit in its reasonable outcome. But do not appropriate Mollie’s soul in advancing views she believed were profoundly racist. The act grievously extends the crime that stole Mollie from our family and is, to quote Donald Trump Jr., “heartless” and “despicable.”

Tibbetts addressed the racist undertones used by Trump Jr. and others in their rhetoric about his daughter’s death. “The person who is accused of taking Mollie’s life is no more a reflection of the Hispanic community as white supremacists are of all white people,” he wrote. “To suggest otherwise is a lie.”

He addressed the Hispanic community directly, saying his family “stands with you and offers its heartfelt apology.” Tibbetts also wrote that his stepdaughter is Latina, as are her children. “That means I am Hispanic. I am African. I am Asian. I am European,” he wrote. “My blood runs from every corner of the Earth because I am American.”

Tibbetts’ piece is eloquently written, and it is firm defense of the ideals in which his daughter believed. But that he has had to write it in the first place is troubling. Despite Mollie Tibbetts’ family’s requests that people — namely, conservatives — stop politicizing her death, they’re doing it anyway. Why is Donald Trump Jr., a lifelong New Yorker, writing an op-ed in a local Iowa paper that he knows will harm a dead young woman’s grieving family?

“We love Mollie with all our hearts and miss her terribly,” Tibbets wrote on Saturday. “We need time.”

The Super Bowl commercials were really bad this year, huh?
Why are you seeing this digital political ad? No one knows!
Why Biden’s team didn’t go all-in on Israel-Gaza
How to talk to kids about racism, explained by a psychologist
Big Tech has a battle ahead over antitrust regulation — and it’s going to get messy
I was skeptical of unions. Then I joined one.