Morbius, Marvel’s living vampire, finally has a trailer. And a huge Spider-Man connection. 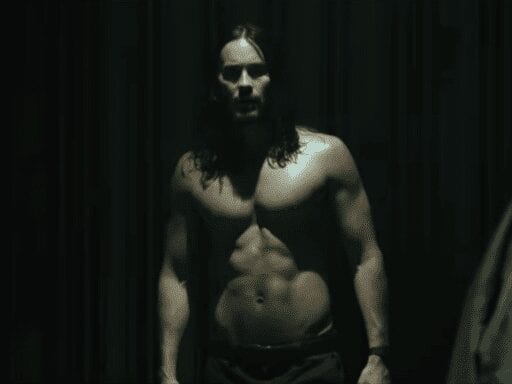 Can a superhero make echolocation, a.k.a. bio sonar — the ability to detecting objects by the way sound reflects off of them — sexy? Well, Sony sure believes it can.

The first trailer for Morbius, based on the vampiric anti-hero from Marvel comic books, was released on Monday. And in it, we’re introduced to Dr. Michael Morbius (Jared Leto) and helpful narration that explains the concept for anyone who may not be familiar with Marvel’s living vampire.

The trailer explains that as a human, Dr. Morbius is a gifted doctor living with an incurable blood disease and has to seek out a radical cure — stemming from vampire bats — to survive. It turns out that the “cure” works a little too well, and suddenly he’s gifted with all the powers of a vampire, including said echolocation, along with the unquenchable thirst for blood. And now the scales have tipped so far in the other direction, as Dr. Morbius goes from dying from a terrible disease to living, perhaps for eternity, as this monstrous thing.

The movie, directed by Daniel Espinosa (Life), presents another character to add to Sony’s growing Spider-Man universe. That’s a point of interest, in that Tom Holland’s Spider-Man is directly incorporated within the main Marvel Cinematic Universe. Hence, if Leto’s Morbius is connected to Spider-Man, then the logic points to Morbius existing in the same world as the Avengers, Guardians of the Galaxy, Black Panther, and Marvel’s future Blade movie.

Morbius’s trailer has a couple clues that he does in fact live in the same world as Spider-Man. The first being a mural of the friendly neighborhood webslinger, who is tagged in graffiti as a “murderer”:

The tag seems to reference the ending of Spider-Man: Far From Home, in which — spoilers! — Spider-Man is framed as the murderer of Mysterio, a scheme to smear Spider-Man’s name. Hence, Morbius could be taking place in that time frame.

The other takeaway is Michael Keaton’s appearance at the end of the trailer. Keaton played the villain known as Vulture in Spider-Man: Homecoming. Vulture ended that movie alive but incarcerated, and his meeting with Morbius could indicate a reemergence of the character and the two possibly teaming up against Spider-Man.

We’ll surely find out more about Morbius, his plans, and his connection to Spider-Man when the movie is released on July 31, 2020, and in the weeks leading up to the date.

Race and football: why NFL owners are so scared of Colin Kaepernick
Millennials don’t trust the financial industry. These startups want to change that.
Most Americans believe Trump lied to them, but think impeachment is a bad idea
Money Talks: The college friends launching a company in a pandemic
Why Florida’s red tide is killing fish, manatees, and turtles
Republican Joni Ernst wins reelection in Iowa’s crucial Senate race