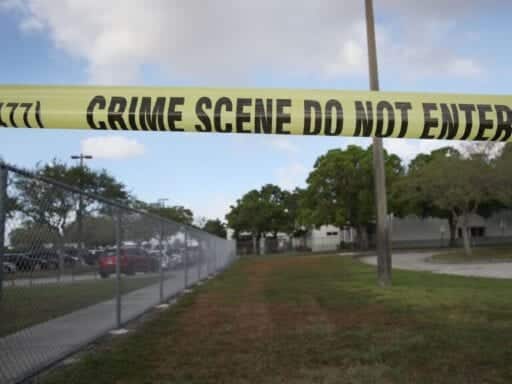 States pass “stand your ground” laws to boost public safety. Studies show the laws do the opposite.

The research increasingly suggests that “stand your ground” laws — which expand the reach of self-defense laws to remove a “duty to retreat” in public spaces — cause more homicides and do not reduce violent crime.

Last year, the nonpartisan RAND Corporation released a massive report that found, in part, that “stand your ground” laws are linked to more violent crime, particularly homicides. This month, RAND researchers Andrew Morral and Rosanna Smart published a brief follow-up with some of the new evidence — and “stand your ground” laws now look even worse:

“Stand your ground” laws effectively expand the scope of what qualifies, legally, as self-defense. Under standard self-defense laws, someone who’s facing a dangerous threat must retreat if it’s safe to do so, with use of force only legally available as a last resort — what’s called the “duty to retreat.” So through this standard, you can only use deadly force if you cannot safely avoid harm or death by, for example, running away or hiding.

The laws have become particularly controversial in Florida, where “stand your ground” first passed and subsequently came up after the shootings of Markeis McGlockton and Trayvon Martin.

The NRA has heavily pushed for the laws as part of its broader agenda to loosen access to guns — by making it so people are more able to use their guns without legal repercussions. Its campaign has been very successful: So far, 30 states have enacted “stand your ground” laws.

The RAND report suggests the law has made these states less safe. And it’s not alone in its findings.

Researchers summarized one of the more recent studies they reviewed: “stand your ground laws were associated with a 6.8% increase in homicide rates, mainly driven by increments (14.7%) in homicide rates among white males.”

Again, RAND is not alone there. A 2016 review of 130 studies in 10 countries, published in Epidemiologic Reviews, found that new legal restrictions on owning and purchasing guns tended to be followed by a drop in gun violence — a strong indicator that restricting access to guns can save lives. Several studies have found that, in particular, requiring a license to buy and own a gun is linked to fewer firearm homicides and suicides.

Still, the RAND researchers are very cautious, arguing more research on gun policy is needed in several areas. As Morral told me last year, “Many of the matters that people disagree on when they disagree on gun policy have not been rigorously studied in ways that produce reasonably unambiguous results.”

Morral and Smart explained the root of the problem: “Although approximately 40,000 Americans die annually from gunshot injuries, and two or three times this number sustain non-fatal gunshot injuries, the federal government currently spends a fraction as much on gun violence prevention research as it does on other causes of death that kill similar numbers of people.”

When it comes to “stand your ground” laws, though, we are getting stronger evidence — and it indicates that these laws in particular are dangerous.

Fall TV is here, Covid-19 and all
The death of a British teen has put a strain on the US-UK relationship
The FDA has authorized the first Covid-19 vaccine in the US
Trump will reportedly name Chad Wolf as the new acting Homeland Security secretary
Romney slammed Trump on Ukraine and China. Now Trump wants Romney impeached.
What Bill Barr’s memo and Mitch McConnell’s speech mean for the election