Morning Brew, the business newsletter publisher for millennials, is in talks to sell itself to Business Insider 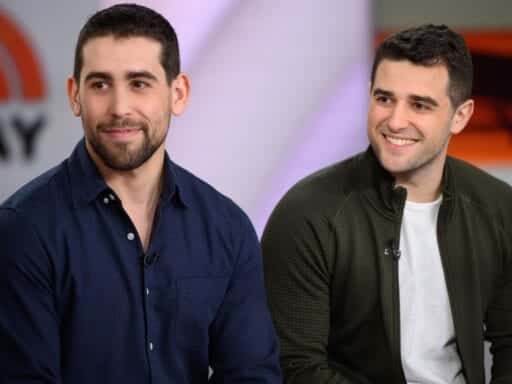 Two college students started Morning Brew five years ago. Now they’re in talks to sell their business newsletter company to Business Insider, according to sources familiar with the two companies.

It’s unclear how much Business Insider intends to pay for Morning Brew, which says it will turn a profit on revenues of $20 million this year. But people who have talked to the company’s founders believe they expect to sell it for more than $50 million, and possibly much more; the Wall Street Journal reports that the deal could be worth more than $75 milllion.

This is an interesting deal, if it gets completed. Business Insider is a digital publisher that got its start with a mix of high-volume clickbait and the occasional scoop, but has recently made a push into more sober journalism it wants to sell via subscriptions. Morning Brew is a business-focused publisher that reassembles news into bite-sized chunks for its millennial audience

You can imagine the logic behind this one: Business Insider gets a company with 2 million subscribers to its free newsletter, which it can try to convert into paying subscribers. And Morning Brews’ team of 50 people gets more resources to help it build out more iterations of its newsletter and other products, like a podcast arm.

A deal could be a huge windfall for Austin Rief and Alex Lieberman, Morning Brew’s co-founders, who started the company as undergrads at the University of Michigan. The two men said they’ve only raised $750,000 from friends and family over the course of the company’s history, which likely means they would keep the majority of the proceeds for themselves.

It would also underscores the media industry’s current fascination with email newsletters, which are a very old distribution model that’s in favor once again.

For instance: Axios, the politics-focused startup that launched in 2017, is reportedly on track to do $58 million in revenue this year, largely on the backs of its popular newsletters. And Substack, a venture-backed company that helps individual writers launch and run their own newsletters, has generated a lot of media buzz, and has brought several high-profile writers into its stable. Two of them – Andrew Sullivan and Casey Newtown – used to work for Vox Media, which owned this company.

Business Insider was founded in 2007 by Henry Blodget, who had previously made a name for himself as Wall Street analyst during the dot com boom, but was later charged with securities fraud (Blodget settled with financial regulators without admitting or denying the charges). In 2015, he sold the company to German publisher Axel Springer in a deal that valued his company at more than $440 million. (Disclosure: I worked for Blodget at Silicon Alley Insider, a predecessor to Business Insider, and made money when he sold the company.)

In February, Axel Springer told investors that that Business Insider “expects significant growth in revenues,” and that in addition to ad revenues, its three-year-old subscription business would be a “key driver of revenue growth.” The company also said it would make make “extensive investments…especially in the areas of journalism and product & technology.”

10 Things I Hate About You is as fresh as ever, even 20 years later
11 questions about the coronavirus economic crisis you were too embarrassed to ask
There’s a royal wedding today: Princess Eugenie’s
Today’s dramatic Federal Reserve announcements, explained
The FAA says Boeing can fly 737 Max jets again
Trump adviser Roger Stone reveals new meeting with Russian