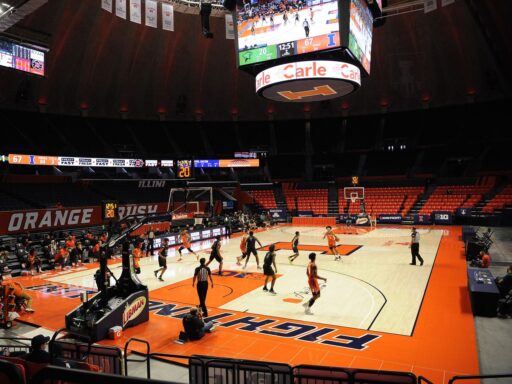 A pending NCAA rule would allow athletes to profit from their personal brands.

The way former NBA player Jerome Williams tells it, he launched his sports marketing agency as a bid for increased fairness in college athletics. He was once a college basketball star, who went professional after a stint at Georgetown University.

“For years, student-athletes, especially those from minority communities, have been disadvantaged from monetizing their image, or what we call ‘player intellectual property,’” Williams, founder of Alumni Pros Global Sports, told Vox. “There’s an ongoing revenue stream college athletes are not a part of.”

University athletics departments annually generate millions, if not hundreds of millions, of dollars, and are a key source of revenue and brand recognition for colleges. Under the guise of amateurism, most college athletes are not allowed to profit from brand endorsements or other moneymaking endeavors beyond what colleges provide for their attendance. These decades-old rules concern the commercial use of a student-athlete’s name, image, and likeness. The National Collegiate Athletic Association (NCAA), the governing body of college athletics, has a role in perpetuating this uneven dynamic between institutions and athletes.

The organization is on the cusp of revising the policy, previously setting a deadline for the adoption of new rules by the end of January 2021. On January 11, however, the NCAA announced it will indefinitely delay the vote after receiving a letter from the Justice Department to hold off on the decision. This chain of events will hinder how soon NCAA athletes can independently profit from their images, but experts predict a revised policy could be enacted by the end of the year. That means, sooner or later, student-athletes will likely have greater commercial control over their own brands. But the extent of that control — surrounding social media endorsements, brand deals, and coaching — has yet to be determined.

The pandemic has led to a public relations scramble among colleges, especially those that sought to bring students back to campus. A few have begun paying students to serve as official brand ambassadors on social media to preemptively offset any negative press. Prior to the coronavirus, some college-aged influencers have served as informal campus representatives. Many gained a devoted following — and, sometimes, money — simply by creating YouTube videos and Instagram posts related to campus life.

Student-athletes, however, at least those under the NCAA’s purview, have been barred from doing the same, despite many having larger platforms and national recognition. “So many young athletes use social media to supply their friends and fans with clips of themselves playing and training,” Williams said. “Everything they do and post is for this sport, but they’re never generating revenue from this content for themselves or for their families.”

He pointed out how certain high-revenue sports, like football and basketball, have high numbers of Black college players, whose communities never witness the economic return of their success. (In football and basketball, fewer than 2 percent of student-athletes end up going pro.) “The odds are not in students’ favor to make professional sports,” Williams concluded. “And when they don’t make it, a lot of them return to their communities with very little — some without degrees. That’s what isn’t fair to everyone.”

“Everything they do and post is for this sport, but they’re never generating revenue from this content for themselves or for their families”

Expert analysis from ESPN estimates that individual student-athletes could earn anywhere from $1,000 to $1 million off of name and likeness rights, depending on their sport and college market size. ESPN’s distinctions separate athletes into four types of earning categories — non-revenue, revenue, all-American, and Olympic sports — while factoring in the typical amount of compensation for events like training camp appearances. But athletic consultants maintain that an athlete’s value “can vary greatly” based on factors like charisma, the timing of an ad campaign, and their relationship to a sponsored product.

“If you’re a student actor or a student musician, you don’t have those kinds of parameters set up. They’re only in place for the athletes,” said Eddie Comeaux, a UC Riverside associate professor and executive director of the Center for Athletes’ Rights and Equity. “So when the NCAA sets up those financial parameters, earning money [based on your name or image] becomes a privilege. And it’s thought of and framed as a privilege — not as a right for these students.”

That’s why gymnast Simone Biles, for example, forfeited an athletic scholarship from UCLA to independently pursue sponsorships and endorsements in the lead-up to the 2016 Rio Olympics. But her decision would be a gamble for most young athletes. For athletes competing in non-Olympic sports, there are almost no alternatives to going pro that don’t involve playing at the college level.

The financial relationship between traditional students and colleges has historically been straightforward: Students either pay out of pocket to attend an institution or receive a discounted price tag for their education through scholarships and work-study jobs. A minority of fortunate students — which include top-tier athletes — have their tuition entirely covered, but within these financial trade-offs, universities (and the NCAA) have primarily benefited from the bargain. And is it fair to entirely silo full-time athletes under the “student” umbrella, especially for players in high-profile, high-revenue sports?

“This really is a giant multibillion-dollar commercial entertainment platform functioning under the guise of a tax-exempt educational pursuit,” Mike McIntire, an investigative reporter and author of Champions Way, told Vox in 2017. “The whole notion that the athletes are there to get a meaningful education, for the most part, is a joke. And the NCAA knows that, but they’re too compromised by the system they’ve created to enact any kind of real reforms.”

In recent years, the NCAA has taken slow steps toward reform in response to criticism from former athletes, labor rights activists, and politicians. But the pace of its decision-making is very much reactive, experts say. “I would say the first breakthrough came with the O’Bannon v. NCAA case [on athletes’ name, image, and likeness rights] … and the NCAA didn’t seem to immediately grasp the significance of what it could bring,” Helen Drew, a professor of sports law at the University of Buffalo, told Vox.

The Supreme Court declined to hear the O’Bannon case in 2016, but soon, legislation was underway. Several states, including California, Colorado, and Florida, have since passed laws that contradict the NCAA’s current name and likeness policy to expand college athletes’ ability to monetize their personal brand. Florida’s legislation is first to go into effect in July 2021, significantly ahead of California’s and Colorado’s January 2023 timeline. The NCAA also has to contend with a Supreme Court ruling in the spring of 2021: The Alston case brought by Division 1 football and basketball players claims that the NCAA’s limits on student-athlete compensation and benefits violate federal antitrust laws.

These measures are why NCAA leaders are “strenuously lobbying” for a federal bill, Drew said. A national law will override existing state policy by establishing uniform guidelines for college athletes across the country, and regulate the athletic marketplace on endorsements, recruiting, and policy compliance. Meanwhile in the Senate, Sens. Cory Booker (D-NJ) and Richard Blumenthal (D-CT) have proposed the College Athletes Bill of Rights, which offers student-athletes extended health care, the potential to receive a cut of the profit from revenue-generating sports, and more autonomy over career and educational decisions.

“It’s hard to predict when federal legislation will occur in this current environment,” Drew said. “But the NCAA administrators have six months to put something together until Florida’s deadline. It’s going to be a nightmare for them without a federal law, for there are potentially 50 different jurisdictions with 50 different rules.”

The impending policy changes appear to be a boon for students; in spite of some logistical challenges, the NCAA isn’t losing much, either. The organization’s lucrative revenue streams are still intact and will continue to rake in billions — through television contracts, merchandise sales, ticket fees, corporate sponsorships, apparel deals, and more. Regardless, many stakeholders are expecting to benefit from these changes, said Comeaux, director of UC Riverside’s Center for Athletes’ Rights and Equity.

As more opportunities arise for students and families, the ruling could impact how students are recruited, the role of boosters and their relationship to athletes, and the need for agents and sports marketing agencies. “For student-athletes, the sky’s the limit, even if you’re not the star player,” Comeaux said. “But there are other considerations, like how this will work under Title XI requirements, if this will create competition between the school and the student [with sponsorships], and if deals will be negotiated separately or together.”

For now, no one has clear answers to these questions. This prolonged waiting period, however, grants students more time to prepare their athletic brand, said Williams of Alumni Pros. “We want student-athletes to be informed and educated about the rights they have over their own image and intellectual property,” he said. “That’s what we’re hoping for here. A fair-for-everyone type of situation.”