MoviePass will now limit all subscribers to 3 movies per month 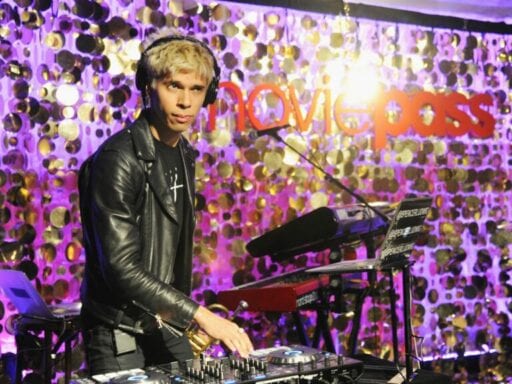 The company backtracked on last week’s announcements, saying it was seeking “long-term stability.”

Lately, the only sure thing about MoviePass is that nothing is a sure thing.

The beleaguered discount movie ticket subscription service announced in a press release on Monday that beginning August 15, all MoviePass subscribers will only be able to use the service for three movies per month, instead of one per day.

“Beginning August 15, 2018, MoviePass subscribers will transition to the new plan upon their renewal,” the statement said, also saying that subscribers will be able to access “up to a $5.00 discount” for additional movies beyond the allotted three. According to the release, people who bought a year of MoviePass in advance “will not be affected by this plan until their renewal dates.”

The press release characterizes these changes as an effort to create a “long-term and sustainable business model” for the service, which has been tinkering with that model since August 2017, when it launched its $9.95-a-month plan. But even with these changes, MoviePass’s path to sustainability doesn’t lie in monthly subscriptions.

In the statement, CEO Mitch Lowe blamed the service’s instability over the past year on “a small number” of subscribers who “have used our business model to a point where it was compromising the business’ long-term stability.” The new model, he said, should remove the drag on the service caused by “the small number of subscribers who imposed undue cost on the system by viewing a disproportionately large number of movies.”

He’s being disingenuous. MoviePass’s $9.95-per-month subscription cost barely covers the cost of one movie ticket per month at the average nationwide cost of $9.16 per ticket; in many other markets, tickets are significantly more expensive.

So even the new model isn’t sustainable on its own. Because MoviePass essentially buys a movie ticket at full price and sells it to subscribers at a discount, the company would still lose money on every subscriber who uses their MoviePass only twice per month, and in many cases just once per month.

But as I wrote last week, MoviePass’s business model has never really been built around subscription costs. Instead, it’s almost certainly banking on growing its subscriber base to a size that can’t be ignored, and then using the power of its base to encourage studios, distributors, and theaters to enter into sponsorship and partnership agreements, and to attract additional venture capitalists that can keep it afloat.

So the new measures are best viewed as a cork shoved into a cracking dam. MoviePass needs to keep its customers because that’s how it will move into more profitable arrangements with companies. Charging $9.95 per month for three movies still is a money-losing game, but the company doesn’t want to lose subscribers — not because it needs your 10 bucks, but because it needs a large customer base to attract the real big game.

A simpler, more useful way to tax carbon
On second thought, maybe the Oscars do need a host
Trump’s enduring political strength with white women, explained
Facebook is like sugar — too much is bad for you, says a top Facebook exec
Mitch McConnell is gaslighting Democrats (again)
Vietnam defied the experts and sealed its border to keep Covid-19 out. It worked.