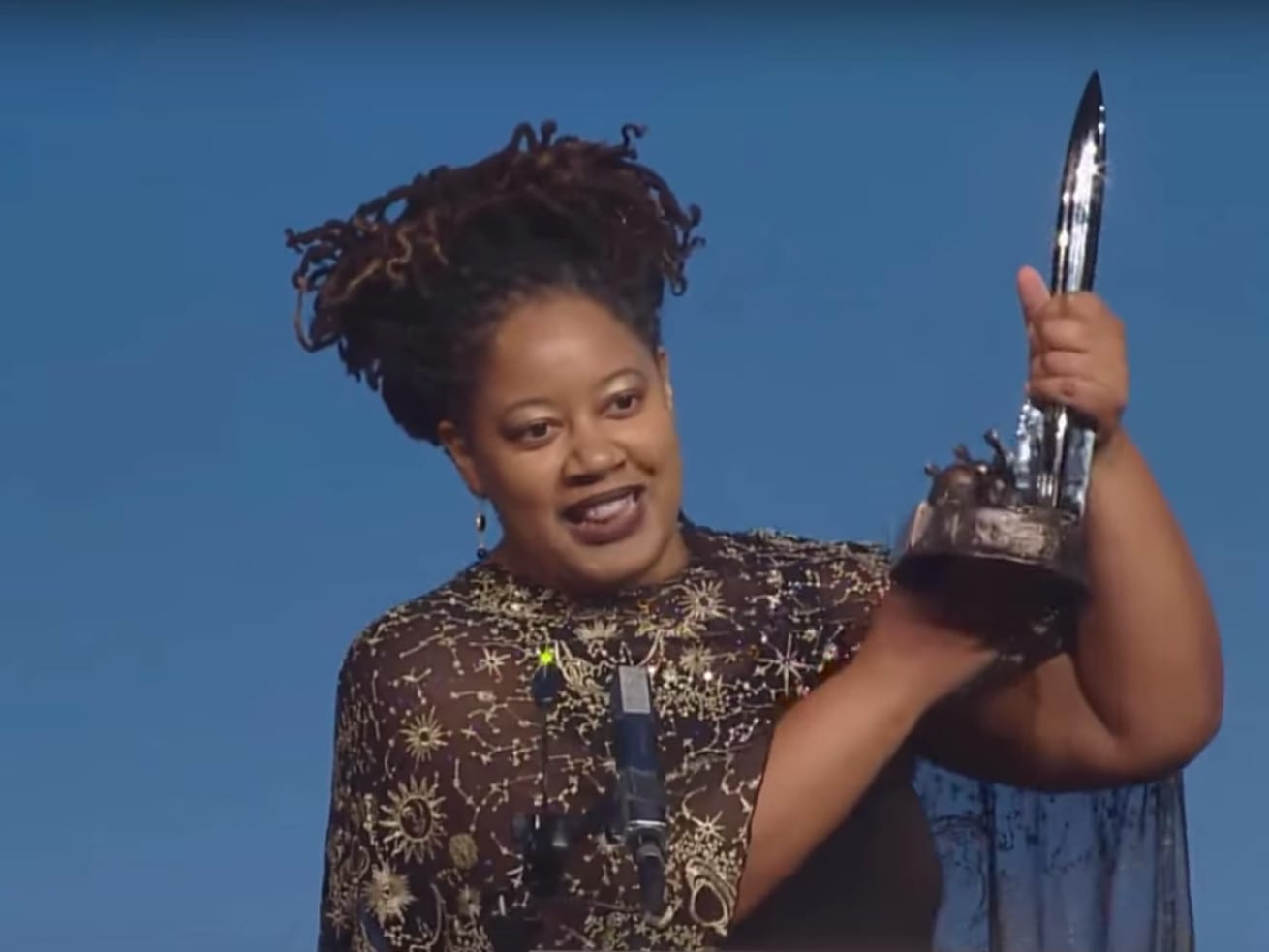 The Hugo Award–winning author walks Ezra Klein through her process of world-building.

Author N.K. Jemisin made history last week when she became the first ever three-time winner of the prestigious Hugo Award, an annual prize in science fiction and fantasy publishing. She’s also the first black author to win for Best Novel, and the first author to have every book in a series, the Broken Earth trilogy, awarded the Best Novel prize.

The Broken Earth series, currently in development for a television adaptation, is known for immersive imagery and detailed lore. Jemisin leads a workshop on world-building to share her considerable expertise with sci-fi and fantasy authors. On this week’s episode of The Ezra Klein Show, she agreed to walk Ezra through the exercises she teaches in that course.

While Jemisin finds it hard to recommend books, she does offer up two recommendations from fellow award-winning female science fiction authors.

Jemisin is “a giant fan” of Martha Wells’s Murderbot series, an “adorable little set of almost old-school science fiction.” The titular Murderbot is a rogue cyborg who works tirelessly to protect humans from themselves, though it would rather be watching soap operas. The latest novella in the series, Exit Strategy, will be released on October 2.

Groundbreaking science fiction author Octavia Butler died in 2006, but two of her stories were found posthumously and published as an e-book. One of the stories in the volume, “Childfinder,” was commissioned by writer Harlan Ellison to be included in a never-published anthology.

You can listen to the full exercise with N.K. Jemisin on The Ezra Klein Show by subscribing on Apple Podcasts or wherever you get your podcasts, or by streaming the episode here:

It took 3 hours for the EPA to tell staff the boss was resigning
The Senate just rejected witnesses in Trump’s impeachment trial — and barrels forward to acquittal
Gretchen Carlson’s Miss America 2.0 promised empowerment. It mostly delivered.
Why Jaime will definitely kill Cersei on Game of Thrones
98,000 new Covid-19 cases. And the worst may be yet to come.
“The Pussy Grabber Plays” puts the stories of Trump’s accusers onstage