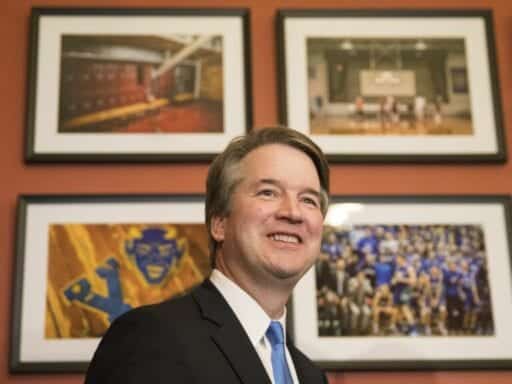 Brett Kavanaugh’s lengthy paper trail might just slow down his nomination after all. National Archives general counsel Gary Stern informed Senate Judiciary Chair Chuck Grassley on Thursday that the agency would not be able to complete the lawmaker’s inquiry for Kavanaugh’s documents by the mid-August deadline he requested.

Instead, Stern indicated that the National Archives would take up the task in batches and complete its full review around the end of October:

Please note that we will not be able to complete our review of all of the records that you have requested by August 15, 2018. Rather, we estimate that we can complete our review of the textual records and the subset of White House Counsel Office emails “from” Kavanaugh (approximately 49,000 emails)-totaling roughly 300,000 pages – by approximately August 20, 2018, and currently expect to be able to complete the remaining 600,000 pages by the end of October 2018, all of which would then be followed by notification to the PRA representatives.

Grassley has no plans to delay a confirmation hearing for Kavanaugh as a result of this snag, according to Senate Judiciary spokesperson Taylor Foy, who also noted that there’s a separate review of Bush-era documents being conducted directly with the presidential library, which should help speed up the process.

“Because the George W. Bush Presidential Library has agreed to facilitate an open and transparent process, following the Archives’ established nonpartisan document review guidelines, the committee will receive documents in an even more rapid fashion from the Bush Library as the Archives continues its statutory document review,” Foy said, noting that the “review process” for Kavanaugh would continue “along the same timeline set in previous Supreme Court confirmations.”

Grassley’s recent request centered predominantly on Kavanaugh’s time as counsel during the Bush White House and did not even include the trove of documents Democrats have been pressing for from his time as staff secretary. As of last week, the two sides had seemingly reached an impasse on the issue of Kavanaugh’s records — something Senate Majority Leader Mitch McConnell had once flagged to President Donald Trump as a potential stumbling block for his nomination.

This week, Grassley signaled that he still plans to hold Kavanaugh’s hearing in September and indicated that Republicans remain bullish about expediently completing the nominee’s review. Despite this optimism, however, their initial timeline already appears to have shifted, per the Hill. While Republicans originally sought to hold a vote on Kavanaugh ahead of the Supreme Court’s October session, that’s now seemingly sliding closer and closer to the midterms.