Netanyahu has failed to form a government, sending Israelis back to the voting booth 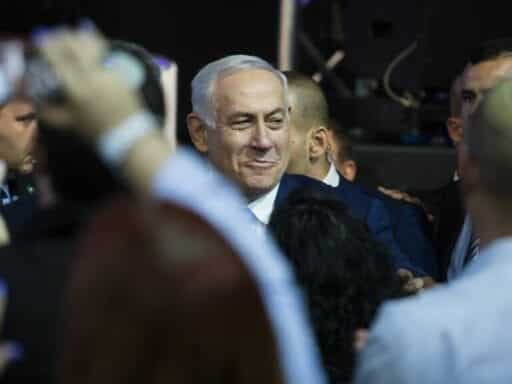 Netanyahu’s attempts at a coalition fell apart, so Israel will host elections again in September to try to break the stalemate.

Israeli Prime Minister Benjamin Netanyahu has failed to form a government by a midnight deadline, forcing a brand-new round of elections in September.

The development comes barely two months after Netanyahu declared victory in the April 9 elections, where he appeared to have secured a record fifth term.

The Knesset (Israel’s parliament) voted to dissolve late Wednesday local time after a political stalemate among Netanyahu’s allies thwarted his attempt to cobble together a coalition before the deadline. It’s the first time in Israel’s history that the expected prime minister has failed to form a government.

Now Israel is set to hold another round of elections on September 17, which means it likely won’t form a government until November. The fallout from this political drama is still unfolding, but it’s definitely an unexpected twist in the results of one of Israel’s most consequential elections in years.

Why Netanyahu failed to form a government, briefly explained

Despite facing looming criminal charges in multiple corruption scandals, Netanyahu managed to hold on to power in Israel’s elections in April, with his Likud Party winning 35 seats.

Party leaders generally become prime ministers by cobbling together a parliamentary majority with the help of smaller parties. In this case, a group of smaller right-wing parties expected to back Netanyahu seems to have captured 65 seats, enough to give him a 10-seat majority over the rival center-left bloc (the exact numbers could change as the remaining two percent of votes are tallied).

Netanyahu had six weeks to form a government, and that’s where he hit a roadblock.

The main problem is a political dispute between ex-defense minister Avigdor Lieberman, who’s the leader of the secular ultranationalist Yisrael Beiteinu party, and ultra-Orthodox parties — and Netanyahu needs both to form a coalition government.

At issue is a bill that would require ultra-Orthodox men studying the Torah to participate in the country’s mandatory military conscription (they’re currently exempted). The ultra-Orthodox parties are against the proposal and wanted Netanyahu to modify it.

But Lieberman, who promoted and strongly supports the bill, argued that every Israeli should share in military service. And he refused to join Netanyahu’s coalition government unless the bill stayed in its current form.

That led to a political stalemate that effectively crippled Netanyahu’s chances of forming a government.

“Bibi needs the ultra-Orthodox for the coalition, but he also needs Lieberman, and he’s not able to find a middle point right now on this,” Ilan Goldenberg, director of the Middle East security program at the Center for a New American Security, told me.

Lieberman, and some of the secular conservatives whom he represents, bristle at the growing influence of the ultra-Orthodox, especially within Netanyahu’s coalition. So, in some respects, this is just an expression of that larger debate.

While Netanyahu remains politically popular in Israel, not everyone is thrilled about his iron grip on government that’s essentially preventing anyone else from getting a chance at being prime minister.

“I think the bigger issue is Lieberman’s calculation that, ‘What do I get sitting in another Netanyahu government? Do I really want to do this?’” Goldenberg noted.

Netanyahu tried to salvage things by making overtures to the opposition Labor Party, but it refused to join in his government. He also tried to compromise with Lieberman, according to the news outlet Haaretz, but Lieberman wouldn’t budge. And the centrist parties won’t enter into a coalition with him because of the charges of bribery and corruption that the prime minister is facing.

So Netanyahu was stuck, and the deadline was coming fast. And if he’d hit the midnight deadline without having formed a government, Israeli President Reuven Rivlin would then have had the option of tapping the leader from another party to try to form a government instead.

This would have effectively ended Netanyahu’s premiership, so he tried to preempt it by calling for a vote to dissolve the Knesset, essentially betting on voters rather than his fellow politicians.

So what does this all mean?

Elections will likely be held September 17, meaning whoever wins Israel’s elections won’t be able to form a government until November.

It’s hard to say whether this political chaos will change the dynamics in a September election. But it’s hard not to see this as a blow to Netanyahu, who just a few weeks ago looked as powerful as ever.

Netanyahu also still faces charges of bribery and fraud, and these new elections may derail his attempts to grant himself immunity from those charges. Netanyahu had banked on his allies in his government to help pass a law that would have granted him immunity from prosecution while in office. That’s unlikely to happen ahead of new elections, as the Wall Street Journal points out, or before Netanyahu faces a pretrial hearing on the charges.

Netanyahu’s political problems also have implications for the US. President Donald Trump had offered some Twitter words of encouragement to Netanyahu this week, saying he hoped Bibi could form a coalition so the two could “make the alliance between America and Israel stronger than ever.”

The US was expected to release a long-promised Middle East peace plan by White House adviser Jared Kushner next month. But with new Israeli elections looming yet again, that unveiling may also be in doubt.