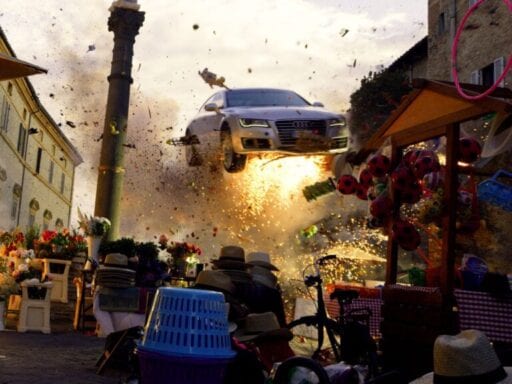 Share
Loading...
A scene from 6 Underground, the Michael Bay movie that debuted on Netflix in December 2019. | Netflix

Disney is chasing Netflix. So is Apple. AT&T and Comcast are about to start.

That’s a two-sentence takeaway of an investor document Netflix filed yesterday, which details the company’s pursuit of streaming video customers around the globe, and its very rapid growth.

The fact that Netflix has been expanding around the world isn’t a secret. The company takes great pains to underscore its global ambitions every time it talks to investors and media outlets. But this is the first time Netflix has spelled out how it’s doing at this level of detail.

It also happens to come as the company faces a slew of new competitors — and as its US growth rate has petered out. Earlier this year, Netflix actually saw its US subscriber number drop for the first time in more than a decade.

The fact that people outside the US are interested in streaming movies and TV shows hasn’t escaped Netflix’s competitors. Amazon, for instance, has been targeting international markets as well.

But Netflix’s newest foes are starting with US markets and then hoping to expand after that. Netflix has been streaming in almost every market in the world — with the notable exception of China — since January 2016.

One practical effect of that strategy is that Netflix is focused on grabbing global rights whenever it buys or creates programming, meaning that a Netflix customer in Minneapolis can watch Stranger Things at the same time as a Netflix customer in Tokyo. And Netflix executives frequently talk about shows that started off in one market, like Spain’s Money Heist, that go on to perform around the world.

You can see what the results look via the numbers Netflix filed with the Securities and Exchange Commission this week. In Europe, the Middle East and Africa, for instance, Netflix had 19.7 million subscribers at the end of March 2017; by the end of September of this year, that number was up to 47.4 million. And while Asia is currently Netflix’s smallest market, it is growing rapidly, from 4.7 million subscribers to 14.5 million in the same time frame.

Netflix also told investors how much money it brings in from subscribers in different parts of the world. In the US, the company generates an average of $12.36 in revenue per month for each customer; but in Latin America, where it offers different pricing and promotions, that number is down to $8.21 a month.

Wall Street will keep a close eye on that number in the future, especially as Netflix offers much lower pricing in markets like India, where it has started selling mobile-only subscriptions for $3 a month.