Netflix spoiled the live-action remake of Avatar: The Last Airbender, its showrunners say 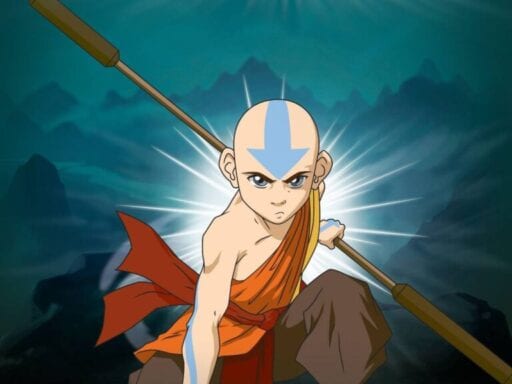 Aang, the hero of Avatar: The Last Airbender﻿ | Nickelodeon

The beloved fantasy franchise has enjoyed a banner year on Netflix — until now.

In a rare public fallout for Netflix, the creators of the platform’s highly anticipated, live-action adaptation of Avatar: The Last Airbender, the acclaimed Nickelodeon cartoon, have walked away from the project.

Avatar: The Last Airbender’s full run became available on Netflix this past June, attracting a huge audience and reigniting the 2000s cartoon’s popularity. But in separate posts published to their respective blogs and Instagrams, Avatar franchise creators Michael Dante DiMartino and Bryan Konietzko said they were no longer involved with the previously announced Netflix remake, due to prolonged creative differences. (Vox has reached out to Netflix for comment.)

“When Netflix brought me on board to run this series alongside Mike two years ago,” Konietzko wrote in his Instagram post, “they made a very public promise to support our vision. Unfortunately, there was no follow-through on that promise. … [T]he general handling of the project created what I felt was a negative and unsupportive environment.”

“I realized I couldn’t control the creative direction of the series, but I could control how I responded,” DiMartino added on his own website. “So, I chose to leave the project.”

Both creators described the move as “a difficult decision” but stated they’d lost confidence that Netflix would honor their vision for the show. This comes almost two years after Netflix announced the live-action reboot of the series, eliciting a huge response. Despite its brief run, which ended more than a decade ago, Avatar fans remain loyal — and that Netflix had gotten the series’ creators involved seemed to give them confidence in the project.

That may no longer be the case. It’s rare for Netflix to have such a public breakup with the creators of one of their high-profile productions, let alone creators whose names are synonymous with the beloved, well-established franchise the project is part of. More surprising is that Netflix has been enjoying tremendous success with the Avatar community this year. The recent release of Airbender on the platform — making it more accessible to viewers than it has been in years — saw the show trending in the Netflix Top 10 list for weeks. The Netflix debut has seemingly affirmed the show’s popularity while introducing it to wide swaths of new fans.

Airbender’s follow-up, Legend of Korra, also arrives on the platform later this week. That timing makes the announcement of DiMartino and Konietzko’s departure from the live-action series all the more curious — despite Netflix offering a home for the franchise, Airbender’s future with the streaming platform is now under new scrutiny.

It also leaves the fate of the live-action series upended in a way that’s distressingly familiar to Avatar fans — for it’s certainly not the first time the franchise has found itself in a precarious position when live-action is involved.

Over its beloved three-season run, Nickelodeon’s Avatar: The Last Airbender (2005–08) became a true game-changer. Set in a fantasy world mainly based on Asian cultures, Airbender was acclaimed for its sensitive multicultural storytelling, which revolved around a team of “benders” — people who can manipulate the four elements — using their powers to stop an aggressive, militarized nation from its violent conquest of neighboring countries. In addition to carefully avoiding harmful Orientalist tropes, the show took pains to depict its various cultural allegories as distinct. And with a pre-planned, three-season story arc, it got to deeply invest in both its world-building and characters over time, allowing it to evolve organically to a deeply satisfying conclusion.

People who love Airbender really, really love Airbender. But over the years, the Peabody award-winning show has had its setbacks. The most infamous of these is Paramount’s disastrous live-action film adaptation. Directed by M. Night Shyamalan, the film had one of the most toxic, embattled, and notorious productions in recent memory. Fans staged protests lasting well over a year due to the film’s muddying of the careful cultural origins of the show’s original world-building and its casting of white actors in ethnic roles — a practice that became known as racebending.

When it was released in June of 2010, Shyamalan’s finished product turned out to be a giant artistic embarrassment, a critically panned and high-profile flop that nearly ended the director’s career. It also left a stain on Airbender’s legacy, turning off newcomers and long-time fans alike.

The fate of the film might have decisively ended any attempts to turn the animated Airbender into a live-action anything. But when Netflix announced the live-action series adaptation in 2018, many fans were curious and excited to see what a faithful adaptation of the show could accomplish — especially with the creators’ involvement, unlike the hands-off approach DiMartino and Koniezke took with Shyamalan’s film.

A reimagined, live-action “Avatar: The Last Airbender” series is coming to Netflix!

The news has dismayed fans — many of whom are now questioning whether they even want another attempt at a live-action interpretation of the show without the creators at the helm. After all, the movie already showed us that Konietzko and DiMartino’s original vision — an anime-influenced story with sophisticated themes and slow, satisfying character arcs — could be jettisoned completely if the project fell into the wrong hands. Capturing the spirit of Airbender appears to require a sensitive touch; from the sounds of the creators’ posts, it doesn’t sound like Netflix quite has that.

Well, this is terrible news for all my fellow Avatar: The Last Airbender fans… https://t.co/Jsm8HxPn1G

I try not to have extreme fan-girl takes on things but I can tell you I am now ZERO percent interested in whatever live-action AVATAR nonsense it is Netflix is trying to make. https://t.co/uLFxAUC302

Fans have been eager for the show to overcome the ignominy of the terrible movie, and 2020 has indeed felt like a major revival for the franchise. The Legend of Korra is a much more divisive follow-up, but it, too, is poised for a cultural resurgence once it debuts on Netflix on August 14. With Airbender back in the spotlight, the timing was right for a reappraisal of Korra — but now Korra’s Netflix debut may be overshadowed by its creators’ own exit from the live-action series.

Still, DiMartino and Konietzko stressed that this isn’t the end of the franchise or their involvement in it. And the Netflix live-action adaptation still seems to be happening. And as strange as it is for Netflix to be parting ways with such high-profile creators, it’s not like Netflix doesn’t have a proven track record when it comes to re-imagining popular franchises from other media — just look at its wildly popular live-action adaptation of The Witcher, or the recent reboot of The Babysitter’s Club. Plus, whenever a deeply beloved series is adapted, remade, or rebooted, it’s bound to put off at least some hardcore fans, regardless of quality.

“And who knows? Netflix’s live-action adaptation of Avatar has the potential to be good. It might turn out to be a show many of you end up enjoying,” DiMartino wrote. “But what I can be certain about is that whatever version ends up on-screen, it will not be what Bryan and I had envisioned or intended to make.”