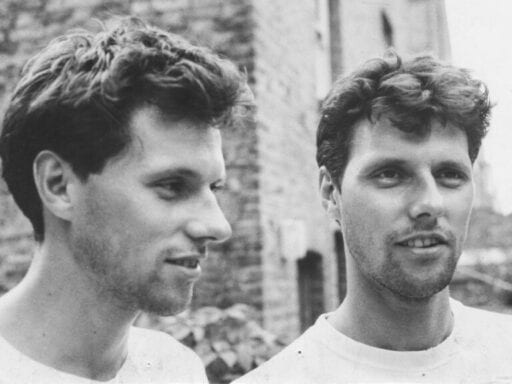 Twin brothers tell their harrowing story in a documentary about memory, trauma, and silence.

Tell Me Who I Am

The premise: Decades ago, 18-year-old Alex Lewis woke up from a motorcycle accident to discover his memory was completely gone. All Alex knew was that his twin Marcus was his brother and that he could trust Marcus as he rebuilt his life. But Marcus was holding something back.

What it’s about: It’s tricky to turn a story like Alex and Marcus’s into a documentary without stepping over an ethical line that turns personal tragedy into just another suspenseful “twist” for our entertainment. Tell Me Who I Am narrowly but successfully pulls it off by letting the brothers delve into the rawness of their relationship.

But it’s still gripping. The brothers wrote about their experience in a 2013 book by the same name but left many of the details vague about what actually happened in their lives. Tell Me Who I Am goes further than the book, forcing a confrontation in its third act.

Note: Spoilers for Tell Me Who I Am follow.

The subject of Tell Me Who I Am is twofold: Alex’s quest to figure out who he really is and Marcus’s struggle with whether he should tell his brother the full extent of the damage they suffered as children. The movie first builds the story of the accident and Alex’s recovery, letting both brothers tell what happened separately.

Marcus reintroduced Alex to their mother, his friends, his whole life. Years later, after Alex had time to grow close to his family again, their mother died. And as they sorted through her house, Alex started to suspect something was wrong based on items found in the house. He asked Marcus if they’d been abused as children, which Marcus confirmed, but offered no details.

For decades, Alex lived wondering what happened, and Marcus — who had buried the childhood memories in order to be able to function — refused to tell him, reasoning that he was protecting his brother from the trauma by doing so. They lived and worked near one another their whole lives, but the withheld information wore on both of them.

Filmmaker Ed Perkins smartly structures the film to build to a meeting between the two brothers in which they share the screen for the first time and talk to one another about what happened, in a raw scene that exposes just how much damage was caused by the abuse (which involves rape and child sex abuse from their mother and other people).

And ultimately, Tell Me Who I Am is not just a wild and nearly unbelievable story; it’s a rumination on the lasting trauma of sexual abuse, the complicated question of “good” lies, and the moral quandary that comes along with withholding painful information. There’s no easy solution to the situation Alex and Marcus found themselves in — but in Tell Me Who I Am, they start making steps toward healing.

Critical reception: Tell Me Who I Am has a score of 78 on Metacritic. In the Hollywood Reporter, Stephen Dalton writes, “This remarkable true story is a finely crafted exercise in slow-building suspense, though it works better as a gripping mood piece than as journalistic investigation, its raw confessional style slightly compromised by niggling narrative gaps and dramatic contrivances.”

How to watch it: Tell Me Who I Am begins streaming on Netflix on October 18.

Here’s everything you need to know about the November Democratic debate
Barack Obama is coming back to Silicon Valley to raise millions for the Democratic Party
The FDA has authorized the first Covid-19 vaccine in the US
We asked the dads running for president what they do for child care
Vox Sentences: Robert Mueller and the 12 Russian trolls
Democrats want to challenge Trump’s foreign policy in 2020. They’re still working out how.