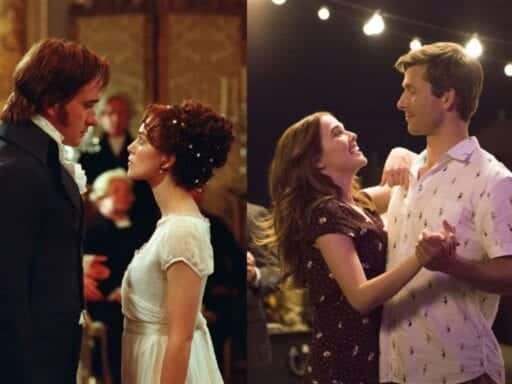 It’s been in a coma, but the romantic comedy isn’t dead yet. The latest example: Set It Up, a workplace romcom that’s been gaining quiet viral energy since its Netflix-only debut on June 15. Zoey Deutch and Glen Powell star as two strung-out assistants who conspire to get their bosses (played by Lucy Liu and Taye Diggs) to fall in love so they can get a break.

Set It Up, directed by Claire Scanlon, gets what it’s like to be a millennial — the economic insecurity, the small apartments, the presumption that a good romantic partner is as much a friend as a lover. Romcoms have a long history of exploring not just love, but what it’s like to fall in love right now, and Set It Up effortlessly evokes everything about being a 20-something in 2018 without pandering or feeling clueless.

Another variety tried to invert the genre conventions or inject them with unexpected elements. There are the “serious” romcoms — Silver Linings Playbook (2012), which is also about mental health; Obvious Child (2014), about abortion; The Big Sick (2017), about both serious illness and being a Muslim and an immigrant in America. And there’s films like 500 Days of Summer (2009), which are aware of the rails on which romcoms normally run and purposely run off of them.

The main characters in Set It Up, Harper (Deutch) and Charlie (Powell), are aware that the story they’re living is a lot like other ones. Harper jokes about having to “Cyrano” their bosses — she has to eventually explain to Charlie what that means — and together they note that their plot is not entirely unlike The Parent Trap, though they seem to have only seen the 1998 Lindsay Lohan version and not the 1961 Hayley Mills original.

That sort of pop-culture callback (hey, Cyrano de Bergerac was a hit in 1897) shows up all over the history of the romcom. Sometimes they’re modeled directly on classic literary works and plays that have many of the same tropes of the modern romcom — most often plays by Shakespeare or novels by Jane Austen. Clueless (1995), for instance, is based on Austen’s Emma. 10 Things I Hate About You (1999) is based on Shakespeare’s The Taming of the Shrew. Bridget Jones’s Diary (2001) is based on Pride & Prejudice, so explicitly that its main character is literally named Mr. Darcy. And She’s the Man (2006) is a send-up of Twelfth Night.

Part of the reason Shakespeare and Austen are such ripe material for romcom writers is they got what makes a romantic comedy satisfying. There needs to be some tension to keeps your leads apart — a disagreement, some kind of dislike, an existing impediment in the form of a (disposable) significant other or class conflict — until, at last, one or the other or both finally recognizes their feelings and they fall into each other’s arms.

The modern romcom replicates that in a few tropes. You need a meet-cute. Then you need a fight or argument, or at least a misunderstanding (the more contrived the better). You need a grand gesture to solve it, and you eventually need them to find one another again. That needs to happen as close to the end of the movie as possible because the endpoint of any modern romantic comedy isn’t a wedding or even really a relationship — it’s the promise of future joy.

Some other features pop up in a lot of romcoms, too — especially during the heyday of the 1990s and 2000s, when romcoms were still a popular way for a promising young starlet or leading man to launch a career. (As Vox’s Todd VanDerWerff pointed out last year, that’s no longer true.)

The “grand gesture,” for instance, was often a breathless rush to the airport to stop someone from boarding a plane. Most of these romcoms were also set in New York City, for some reason. Most of the protagonists had a couple of very close friends whom they could rely on to point out that they were actually in love with the other lead character. And they usually involved very beautiful people doing things in improbably beautiful workplaces, restaurants, and apartments, some of which became instantly iconic.

The greatest example of all of these tropes, of course, was not onscreen at all: It was Friends, the 10-year TV romcom, which featured every single one of these tropes in spades. (If I remember correctly, there were at least three rushes-to-the-airport, including in the show’s finale.) A beautiful group of friends in much-too-nice apartments in New York City went through dozens permutations of these plot points, but the overarching story of Ross and Rachel set a template for the “will they or won’t they” plot, and when they finally did, it became a romcom.

Set It Up has a distinct heritage, and it knows it. In fact, Harper and Charlie decide early on that they’re basically trying to cast their bosses in a romcom, complete with a meet-cute and grand gestures that they can Cyrano into being. And it knows it’s a New York story — it even pans up and west from Central Park at the end.

When Set It Up toys with the tropes, it does so gently. We see Harper wearing sweats and eating and crying while watching something, but when the camera pans around we realize it’s not a weepy romance — it’s a football game. (Harper works for a sportswriter and wants to be one, too.) One big comedic setpiece centers on a rush to the airport (with a bit of a twist) that’s mostly funny because of how it winks at the convention.

Romcoms are cyclical — and that’s awesome

Set It Up works because it knows the long line of romcoms it comes from. (It even relies on 1960s pop for its soundtrack, a throwback to the successful soundtrack of You’ve Got Mail.) The joke, we know from the start, is that while Harper and Charlie think they’re creating a romantic comedy, they’re actually in one, and from their own meet-cute we have a pretty good idea about what’s going to happen.

So it plays with the romcom form, but it doesn’t play with it too much. We watch romcoms so we can hang out with the characters and watch how they end up together.

That’s in keeping with an important thing about romcoms: They’re romantic, sure, but they’re mostly comedies. Not the joke-a-minute type (though Set It Up has lots of funny jokes), but the more classical type stemming from Shakespeare’s and Austen’s days: The type of story where things start out okay, then get worse for a while, and then, in the end, leave things in a better state than they were when the curtain first rose. Unlike tragedies, where everything just gets worse, comedies have a more cyclical form. In the end, all the good guys are a bit better off than they were at the start.

That cyclical nature seems to not just apply to romcoms individually, but also to the form as a whole. The romantic comedy has been declared dead, but it may be far more durable than it’s given credit for.

After all, the basic form hasn’t changed a whole lot since Austen’s intelligent heroines were fighting with and then eventually marrying their dashing suitors. Anne Shirley cracked her slate over Gilbert Blythe’s head, but eventually she married him. Humphrey Bogart finally realized he loved Audrey Hepburn, Marilyn Monroe kissed Tony Curtis, Harry and Sally got together, and movie star Julia Roberts wound up with bumbling Hugh Grant.

And Set It Up might help revive the romantic comedy, too. There’s just something about the genre that we want to come back to, over and over again. Every generation wants some assurance that no matter how mundane or messed up our lives are, love might be just around the corner. And as long as romcoms know what makes them great, they’ll keep crossing our paths unexpectedly, lighting up our lives.

Trump says there’s another tax cut on the way. We have no idea what he’s talking about.
Putin’s reference to George Soros was a dog whistle to far-right anti-Semites
What Amy Coney Barrett’s confirmation will mean for Joe Biden’s climate plan
Women are taking to the streets against Trump’s Supreme Court pick
DoorDash is still pocketing workers’ tips, almost a month after it promised to stop
Republican senator: White House aides told me Trump was “delighted” as Capitol was stormed