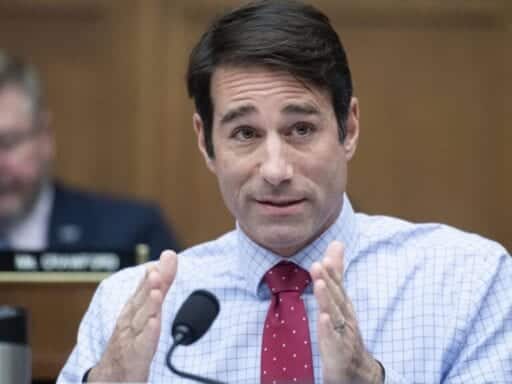 They are mainly designed to protect fossil fuels.

There is a convenient story about Republicans and climate policy circulating in Washington, DC, right now.

It goes like this: After years of denying climate science and under pressure from young voters, Republicans have finally turned to the task of designing policy to address climate change. They are developing measures in line with conservative ideals that will focus on markets, shrink the federal government, and avoid picking winners and losers. With such a policy offering, voters will have a choice between two different approaches to solving the climate crisis, rather than a choice between a party that wants to address the problem and one that doesn’t.

This story is convenient for conservatives because they have exhausted the strategy of lying about climate science and need something new to replace it. Denial has helped confuse the conversation and delay action in the US for 30 years, but the tide of public opinion is finally turning against it — and so is the opinion of younger Republicans. “Climate denial is a bad political strategy,” says 37-year-old Rep. Matt Gaetz (R-FL).

There is still a hard-core denialist faction, led by hapless clown and one-time Trump transition adviser Steve Milloy. But it has largely been banished, pushed out of the White House, its goofy plan to conduct a science show trial rejected. The strategy now, in the run-up to the 2020 election, is to appear to be doing something on climate.

The story is also convenient for mainstream political reporters. Conventional political journalism is built around a both-sides model, in which the journalist’s role is to convey what one side said and what the other side said, offer quotes from their contrasting experts or spokespeople, and leave it to the audience to decide who is more convincing.

That leaves “objective” reporters in a difficult situation, though — a story without two sides. For those reporters, word of GOP climate policy comes as a great relief. They can leave the one-sided science story and return to ground they know and understand: two sides with dueling policies, economists, experts, and think-tank reports. In other words, he said, she said.

The story is convenient for many denizens of the Beltway. There’s just one problem: It’s mostly horse shit.

The one thing it gets right is that Republicans are feeling pressure to change their public stance on climate change. They are groping about for rhetoric and policies that not only can be plausibly said to address climate change but also don’t offend any large bloc of the current conservative coalition, especially the financially supportive and fossil fuel blocs.

But in reality, the overlap between those things is pretty slim. And whatever you might say about that overlap, it is neither conservative nor serious climate policy.

This is all … fine. It will be important to develop and scale up carbon capture technology. Trees are great; reforestation is a worthy climate strategy. (Republicans clearly think trees are a winner, as they featured prominently in Trump’s State of the Union speech.)

As for innovation, Oklahoma Rep. Frank Lucas, the top Republican on the House Science and Technology Committee, recently released a proposal that would double federal funding for basic science. Senate Republicans have backed a bill that would increase funding for research in energy storage. That’s all good.

Beyond that, though, when Republicans talk about “clean energy innovation,” they generally mean funding efforts by fossil fuel companies to clean up after themselves (specifically carbon capture, use, and storage).

Regarding No. 3, “conservation,” well, it has nothing to do with climate change.

Trees are the lungs of the earth—they are the most efficient way on the planet to capture carbon. Republicans join @realdonaldtrump in this effort and are excited to get to work. pic.twitter.com/MF0PjnSrnS

This is a strange grab bag of policies. If you try to interpret it as a coherent response to climate change, your brain will explode.

It makes much more sense if viewed as an attempt to simply have something to say when pressed on the vague issue of “climate and environment.” It’s meant to provide the media and disengaged voters with an “other side” on climate policy, without endorsing anything that might upset the fossil fuel companies with which the party is aligned.

What could justify these strange priorities? This is the argument Rep. Garret Graves, a Louisiana Republican who is leading GOP climate efforts, uses: “Fossil fuels aren’t the enemy. It’s emissions. So let’s devise strategies that are based on emissions strategies, not based on eliminating fossil fuels.”

This makes no sense if interpreted literally. The plan Graves was talking about carefully avoids endorsing policies that directly go after emissions, such as a carbon tax or pollution regulations. It avoids setting any particular targets for emission reductions. It avoids mention of most of the technologies and policies with the most potential to reduce emissions, like renewable energy and performance standards.

What Graves expressed is not determination to target emissions in general. Rather, he is committed to supporting ways for fossil fuel companies, his party’s most stalwart donors, to clean up their own emissions.

Climate policy, he’s trying to say, need not involve shutting down, replacing, or even particularly inconveniencing fossil fuels. That is the core GOP climate message, the reason the party is getting off the sidelines and into the game. It’s there to protect fossil fuels from climate policy.

The US is the top oil and gas producer in the world, but it didn’t happen by accident. It happened because Republicans invested in innovation and put American jobs and American energy FIRST.

Media reports on Republicans’ ongoing climate shift share a bad habit: They uncritically use the term “free market” to characterize GOP policies and ideas (see this headline, or here, or here). Discussing the policies in a column for the Port Charlotte Sun, former Rep. Carlos Curbelo, an early climate champion in the House, references “the conservative principles of free markets and limited government.”

I am calling a rhetorical foul. Nothing Republicans are proposing on climate policy bears any resemblance to those principles whatsoever.

Free-market thinkers like Milton Friedman advocated for reduced government involvement in markets. He believed that the distributed decision-making of market actors was almost always superior to the decision-making of any handful of bureaucrats.

Government shouldn’t be stepping in to hurt or help any particular business or technology. That’s where the alleged conservative opposition to “picking winners and losers” comes from. Governments should largely remain neutral; markets are supposed to pick.

Over the years, the terms “free market” and “limited government,” like so many conservative principles, have devolved into little more than rhetorical tics, bits of sloganeering that bear no resemblance to actual conservative governance.

Washington Examiner reporter Josh Siegel published a story about “how Republican climate advocates won over the conservatives in their party.” The article claims they effectively did it by promising not to support either a carbon tax (what liberals imagine when they think of conservative climate policy) or any regulations to limit the emissions of greenhouse gases. The plan would consist entirely of … carrots, for the industries they favor.

You can call a strategy composed entirely of government spending on various industries many things (say, “reverse-engineered not to offend fossil fuel companies”), but you can’t call it economically conservative. You can’t say it limits the government’s role in markets. And you can’t say it doesn’t pick winners and losers. It explicitly does.

“They are messaging bills and all about the next election”

The problem is, while Republicans may have found a strategy that can hold together at least some of their coalition, they haven’t found one that can meaningfully address climate change.

There are plenty of models that show we will need carbon capture (both industrial and natural) to supplement other efforts to reduce emissions. We probably can’t hit our mid-century targets without it.

But there is no model in the world showing emissions falling fast enough with nothing but carbon capture, with fossil fuels continuing their current headlong expansion.

The fossil fuels that remain behind after deep decarbonization, the ones that still need their emissions captured and buried, will be a small vestige of the current fossil fuel regime. That is what every credible model shows. That is the cold, hard truth at the heart of the climate dilemma: There is no avoiding the imperative to reduce fossil fuel combustion and the social and economic disruptions that come with it.

Current Republican efforts to feign climate policy conspicuously fail to grapple with that truth. They do not take on fossil fuels; on the contrary, they are explicitly designed to support and protect fossil fuels. It amounts to presenting side dishes as the main course and leaving out the entree entirely.

It might work to get some both-sides coverage out of the media — that’s not very difficult. But nobody who understands the facts of climate change could possibly view this as a viable plan, or even a good-faith attempt at one.

As for its chances in the larger Republican political milieu? As usual, the most blunt and revealing assessment comes from the top. “These are [House Speaker] Kevin McCarthy’s bills,” a Trump administration official said. “They are messaging bills and all about the next election, and that’s great.”

Trump himself, the official added for emphasis, “is not particularly obsessed about climate change.”

The Bold Type’s giant shock: finally showing what it’s like to work in media
The FDA has officially raised the age to buy tobacco products to 21
Trump’s ABC town hall revealed a president disconnected from reality
Third-degree murder charge dropped against former officer in George Floyd killing
The price — and big potential payoff — of turning Texas blue
No one has a damn clue how many jobs will be lost to automation