New data says the unemployment rate surged to 4.4 percent in March — but the truth is worse 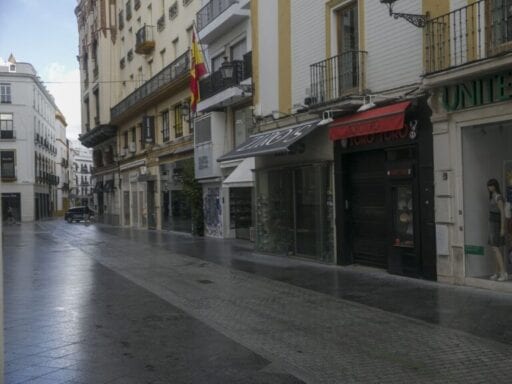 The Labor Department announced Friday morning that the US economy shed 701,000 jobs in March as the unemployment rate leapt up to 4.4 percent. Anyone who’s followed the news about the record-breaking number of people filing initial unemployment insurance claims won’t be surprised to hear that unemployment is on the rise.

Indeed in some ways 4.4 percent seems not so bad (even though it’s up from 3.5 percent in February) when compared to headlines about unprecedented job losses.

So here’s the bad news: The way the monthly employment situation report is constructed essentially guarantees that the real situation is much worse than what was reported today, and that subsequent revisions undertaken in the next two monthly reports will show a dramatically more dire situation.

The jobs report is made up of two separate surveys, one of households and one of business establishments. The former generates the unemployment rate and the latter tells us how many jobs were created or lost in a given month (you need to address these questions separately because some people are self-employed and others have multiple jobs).

But both gauge conditions for an entire month by asking about a “reference period” that contains the twelfth day of the month. For the household survey the reference period is whatever week that day happens to fall in, whereas the establishment survey asks about the pay period containing the twelfth — whether that’s a one-week or two-week span or however else the company does it. We know from the unemployment claims data that March 15-21 was much morse than the first half of the month and that March 22-28 was dramatically worse than the week before. Some of those job losses from the second half of March will be picked up in the reference period (people don’t necessarily file claims the same day they get laid off) but a lot of them won’t be.

With today’s preliminary numbers, we’re still well short of the 10% unemployment of the Great Recession or 1982 to say nothing of the much higher rates of the Great Depression. But we are likely closer than it seems. And while the pace of job losses may slow, there’s little reason to doubt that the economy will keep shrinking through April at least.

Consequently, the absolutely most dangerous thing that could happen right now would be for policymakers to take this report too literally. The steps Congress and the Federal Reserve have already taken to help the economy are useful, but they’re not nearly equal in scale to the sheer quantity of job losses that are currently pouring in. The country needs to be thinking in terms of a much larger scale of mobilization, and given the lags with which accurate unemployment data reports, it’s much too risky to adopt a “wait and see” posture before coming up with additional economic steps.